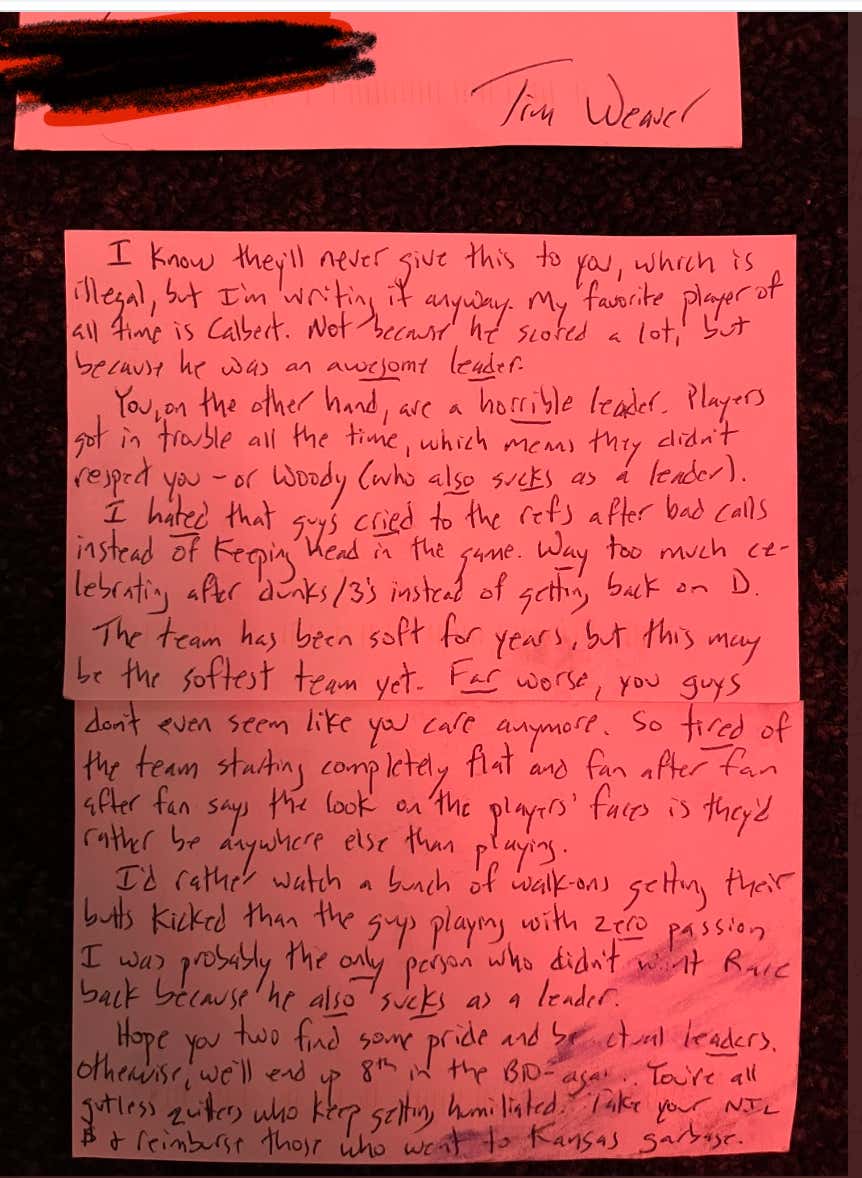 When you're a college sports fan there should be two basic rules to live by. 1) Don't tweet at recruits. 2) Don't send letters like this to current players. That's all you have to do and you're fairly normal. This is one of the weirdest letters I've ever seen.

That said, the opening line of 'I know they'll never give it to you, which is illegal' is one of the fucking funniest things I've ever read. A grown ass man decided to start this rambling with that line. That's what was on his mind. He had to let Trayce Jackson-Davis it was illegal if he didn't receive his mail.

I also have to laugh that this is the season that drove this fan to the edge. I hate Indiana but this is their 2nd best team in 20 years probably. They are 10-3. Sure they aren't top-10, they aren't a national title contender, they aren't the best team in the Big 10 but at least they have some wins. Indiana fans should be used to losing to good teams, so not sure why he finally snapped here.

Back to the letter though. We all agree this is a loser and one of the weirdest letters you can send. BUT, you know the man is serious because of how many times he underlined a word. Really made sure to sell the fact that TJD and Mike Woodson SUCK as losers. Surprised he didn't go all caps honestly. Big time ricochet shot at Race Thompson towards the end too. Just out of nowhere threw in the fact he sucks as a leader.

Simple message here - don't send letters like this. Don't tweet at recruits either. Good rules to live by.