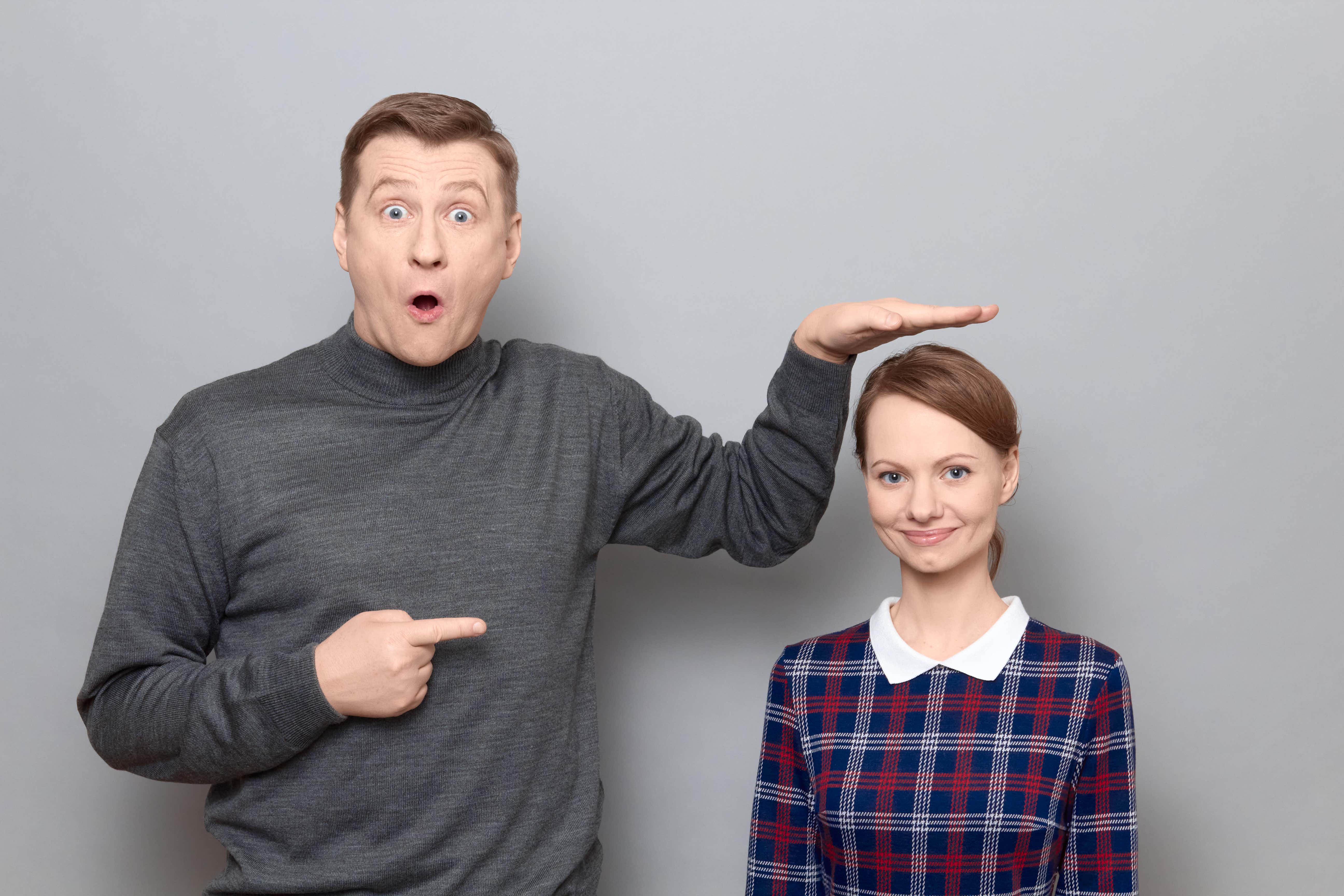 Some time ago, I had one of those epiphanies that most often occur to those of us who have very little in the way of serious business to do and all the time they need to do it.

This one came to me when I rented an AirBnB on a lake in Connecticut. The landlady stopped by to see how we were doing and answer any questions we might have. Or possible just to make sure we weren't destroying the place. Regardless she was very excited to tell us that she'd recently rented the place out to Daniel Radcliffe, who was in town for a wedding. Which genuinely impressed all of us who were staying there, because we're fans.

There were two things I haven't forgotten about that. One, the excitement of possibly using the same … oh, let's call it "the Room of Requirement" as Harry Potter. And two, how the woman could not quit mentioning how short he is. For reals, she brought it up in every other sentence until we ushered her out the door. Like the idea that an actor who became a household name around the world when he was 11 years old growing to an adult of below average height was somehow inconceivable to her. A medical miracle that defied explanation somehow.

That's when it hit be that in a world where humor is fighting for survival, breaking people's balls is off-limits, there are millions among us who spend their days looking for inconsequential things to be mortally offended by, and Body Positivity is the law of the land punishable by social death, the only physical trait you can still make fun of with impunity is height.

Not all height, mind you. You can't mock someone for being tall. And you can't make fun of someone the size of Peter Dinklage. That's a hate crime. And there's no commenting on any woman's stature, tall or short. That's body shaming and sexist. Yet when it comes to men in a specific range, do your worst. They're still fair game.

Let's put the scale of those targets at Danny DeVito on the low end, with Mark Wahlberg on the high end. The celebrity gossip internet is lousy with actor height charts. But from now until the heat death of the universe you'll never see actresses arranged by how they tip the scales. And the stories of the movie tricks they use to make Tom Cruise appear to look his love interest in the eyes all the time are the stuff of Hollywood legend. Even though height is pure genetics and the absolute last thing anyone has any control over whatsoever, short (but not too short) guys still get to be talked about like they're 19th century circus freaks.

Well it sounds like the tables are finally being turned on that last bastion of discrimination as well. Thanks to this Op-Ed in the New York Times. That not only promotes short acceptance, but actually argues that the survival of our species may depend on you bigs and us average-heighters starting to make little babies with smaller people:

Source (paywall) - It made sense to fawn over height when it facilitated survival. Ages ago, when the necessity of defending oneself cropped up daily, if not hourly, tall people could more easily protect their families and bring home some woolly rhino flank. Today, those who have the stamina to sit in an office chair all day bring home the plastic-wrapped meats.

There is an ongoing debate about the stature of a population and what it means for the prosperity and fairness of a nation, but I’m interested in shortness on an individual level. Our success as individuals does not depend on beating up other people or animals. Even if it did, in an era of guns and drones, being tall now just makes you a bigger target. …

Because short is better, and it is the future. …

On average, short people live longer and have fewer incidences of cancer. One theory suggests this is the case because with fewer cells there is less likelihood that one goes wrong. I’d take that over dunking a basketball any day. …

Thomas Samaras, who has been studying height for 40 years … calculated that if we kept our proportions the same but were just 10 percent shorter in America alone, we would save 87 million tons of food per year (not to mention trillions of gallons of water, quadrillions of B.T.U.s of energy and millions of tons of trash). “I don’t want tall people to feel bad about themselves,” Samaras said, sincerely, “but the time is right to be short.” …

When you mate with shorter people, you’re potentially saving the planet by shrinking the needs of subsequent generations.

So take that, all you heightist bastards! When you're selecting tall, athletic, sexually desirable types with long, attractive legs to mate with, you're signing your own death warrant. Worse, you're ensuring the extinction of your bloodline. The one who've been looking for a Jack Black or an Elijah Wood to propagate the species with will make babies knowing their grandchildren will be safely hiding in the grass while your lanky, gawky descendants will be cut down by drone strikes like fucking trees.

Not to mention those future Hobbits will use up less hot water and sunscreen, because they have less surface area. Less food because they don't eat as much. And as a result, need a fraction of the toilet paper. Granted, they might need a ladder for the kitchen with all the talls extinct. But less need to store canned goods in the top cabinets. So that's a win.

Like I said, I'm average height, very much in the median size among of my circle of friends. And while I love the guys who are lower on the scale than me as much as the ones on the higher end, I'm just not sure I want to live in a world full of them. Even if it means I'd be one of the giants among them. Since it's still OK to mock shorter gentlemen, I'll make the point with a true story. Two buddies of about 5-foot-4 were having a long and loud debate at the bar about … something. Politics or whatnot. It didn't matter to us then and doesn't now. So they turned to another friend who's over six feet and said, "You've been listening. Who do you think is right?" And his answer was an all time classic. "I was just thinking," he said. "I've never heard two tall guys arguing like this." And they each lost their minds like a couple of South Pole elves.

Still, arguing that we need to have more sex with short people in order to literally shrink the human race and save the planet is a novel approach. And if I were young, single, and the size of Daniel Radcliffe without his fame and money, I'd be ecstatic someone's finally sticking up for me and trying to get me some.