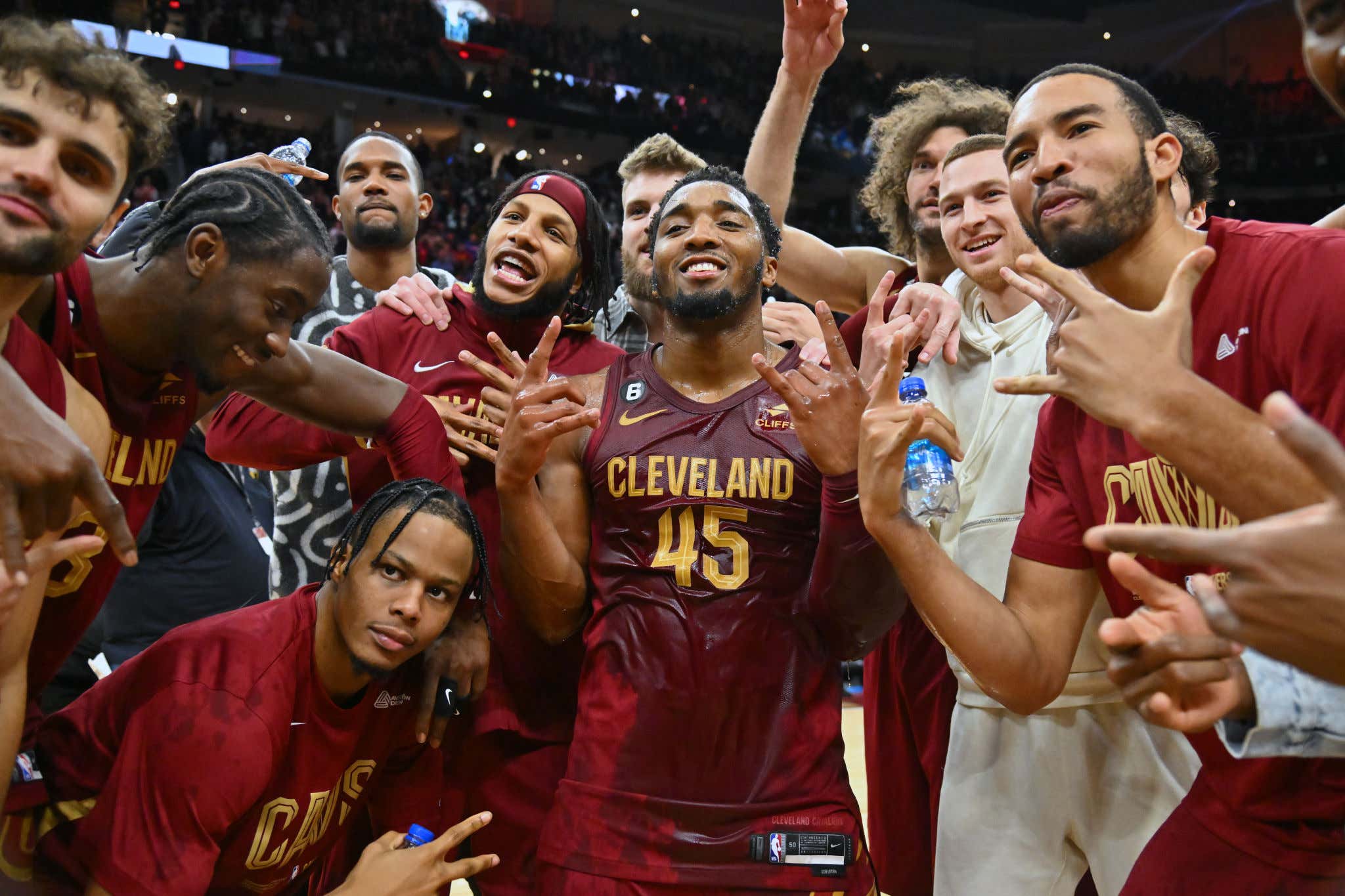 Even though a day has passed, I still can't get over how ridiculous Donovan Mitchell's 71 was, so let's just enjoy it together one more time

Sure, the NBA came out yesterdya and admitted that Jarrett Allen traveled with 12 seconds left and Donovan Mitchell committed a lane violation on his missed FT putback so none of this should have even happened, but whatever! As someone who did not have a rooting interest in this game I'm all for the cool moment > the actual rules. Shit happens

if this happened to the Celts I would have a MUCH different take. Credit to me for being transparent.

Apparently, the league also thought this Donovan Mitchell performance was ridiculous, because it didn't take them long to issue a drug test

They probably saw how Donovan played every second of the second half and OT and didn't even look remotely tired and had to think there was no way that was humanly possible without a little boost. Nope, sorry, that's just the type of monster Donovan Mitchell is.

This isn't the first time we've seen the NBA pull a move like this, but it usually comes after a player posts a photo of themselves looking jacked as shit. Sometime's they're real, sometimes it's just a photoshop

But every once in a while we also see the NBA pull this move after an insane performance. It happened to Bol Bol

It happened to Bradley Beal

Shit, it even happened to Danny Green after he dunked that one time which might be the funniest one of all

As a player, you probably know this is coming but my question is with everyone in the NBA right now dropping 50+ every night (Giannis had 55 last night), is the NBA drug testing all of these guys on a nightly basis? That seems excessive. Maybe the talent is just that much better in 2023. Guys are taking more efficient shots (layups/3PA) and they're making them at a level never seen before in NBA history. It seems weird because we're conditioned to think these performances are outliers, but what if they're just the new norm?

I think we've had at least one player hit 40 for like 2 straight weeks or something crazy like that. I highly doubt the entire league is taking some sort of performance enhancer. The PED is basically the style of play in this generation's NBA.

It must also be a great feeling taking that test knowing you're going to pass, and your 71 is legit. The NBA may not have wanted to believe it, but it was real and it was spectacular.