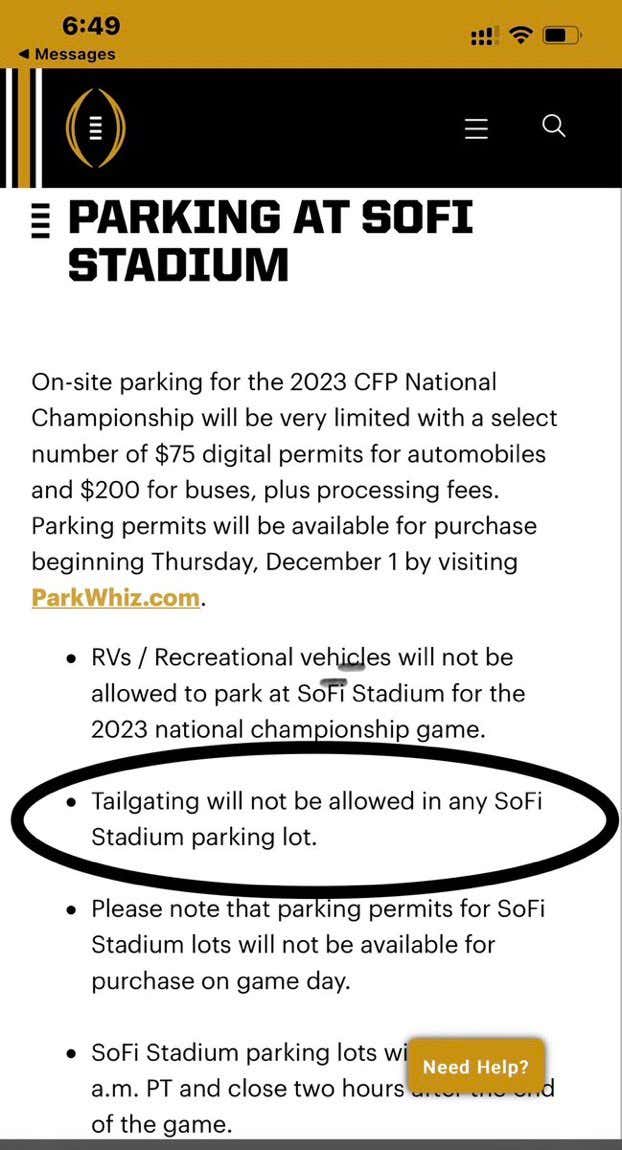 It was bad enough that the College Football Playoff National Championship was being played in Los Angeles to begin with, a city that wouldn't show up for a college football game if USC and UCLA were playing each other and both 11-0. But to eliminate tailgating from the most important college football game of the year should be grounds to never hold another CFP game in that shithole of a city again.

The CFP National Championship should rotate between four sites: Atlanta, New Orleans, Dallas and Miami. That's it. Play these games 1) near where the teams likely competing in them are and 2) where the people operating the event understand college football. Do not let our beautiful game be ruined by these vegan soy boys.

The National Championship without tailgating is banana pudding without vanilla wafers — another reference people in L.A. won't understand and reason why we shouldn't award them CFP games.