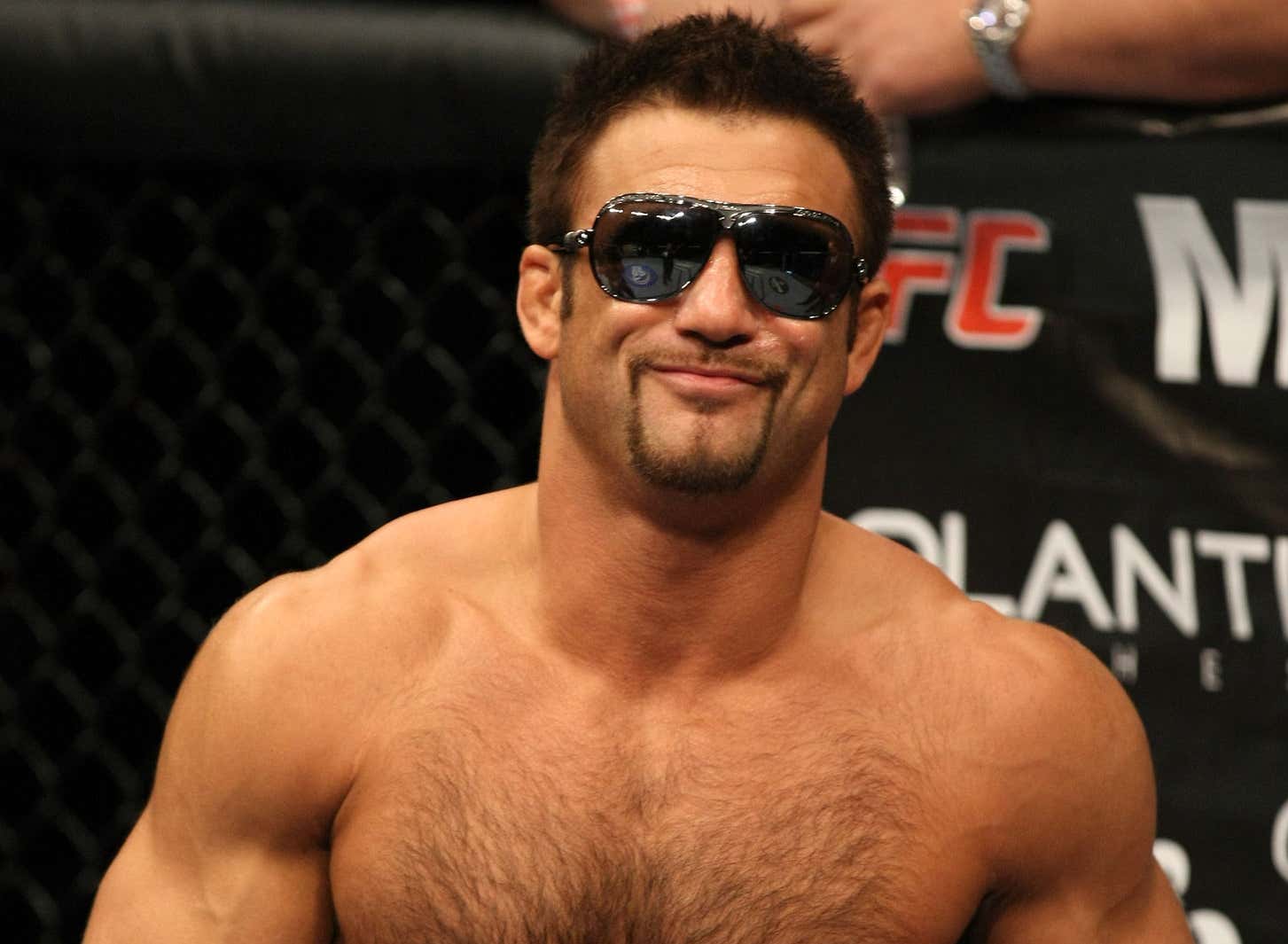 TMZ- Former UFC star Phil Baroni was reportedly arrested for allegedly killing his girlfriend in Mexico over the weekend … and the details are terrifying.

According to the Mexican outlet, Tribuna De La Bahia, police found Baroni's girlfriend naked and unresponsive in bed with a sheet covering her. The report says cops noticed bruises and markings all over her face and body … and she showed no sign of life.

What a horrific start to the year in terms of news in the mixed martial arts space, huh? We kicked things off with the Dana White shit and now we're throwing it right on over to Phil Baroni allegedly MURDERING HIS GIRLFRIEND in Mexico.

Now, I said "allegedly" there to make sure that Barstool doesn't have a lawsuit on their hands because of Robbie Fox, but I'll just let you read the details on what happened (courtesy of TMZ) and you can come to your own conclusions….

When authorities looked at Baroni's body, they reportedly noticed his hands were red. They took photographs.

As for what Phil said transpired, the retired fighter tracked down authorities and told them he got into a drunken argument with his girlfriend in their hotel room when things turned physical.

Baroni reportedly told police he was upset after finding his GF slept with another man, so he told her to take a shower -- but she refused. Baroni claims he then grabbed the woman by her arms and forced her into the shower … which led to her hitting her head.

The 46-year-old -- who was reportedly under the influence of drugs and alcohol -- reportedly claimed the woman couldn't get out of the tub by herself, so he assisted. She then complained of being cold, so Baroni said he took her to bed, removed her clothes and wrapped her in a blanket.

Baroni then says he went out for cigarettes and beer, per her request. When he got back, Baroni reportedly told authorities he believed the woman was asleep. Tragically, she was deceased.

Authorities are planning to conduct an autopsy on the alleged victim to determine her cause of death. Baroni was arrested for murder … and is currently behind bars.

In the photos shared in their full article, Baroni's hands look so red they almost appear swollen - like he was just in a fight.

I don't even want to imagine where that fits into this story about an alleged slip and fall in the shower after he "forced her" in there.

As an outsider looking in, Baroni has always seemed like a scumbag - largely due to his continued defense/support for War Machine after he beat Christy Mack within an inch of her life….

….but a few of those who actually know the man have already commented on this, with Josh Barnett saying that his behavior had been super erratic recently (and he believes that is due to CTE), and Michael Mardones going as far as saying he could "see something like this coming" from Baroni….

I don't know what Mexican murder laws/sentences are like, but I hope Baroni is locked up for life.

Just a crazy start to 2023 in the world of combat sports.