I was watching the Thunder play the Celtics in Oklahoma City because for my daily prop bet I put out involving OKC Rookie forward Jalen Williams. His combined points, rebounds, & assists prop sure looked tempting. It was only -110 on the Barstool Sportsbook, but once I put it out, the juice moved the other way and the line ended up going up to 18.5. It went even higher once Shai Gilgeous-Alexander was ruled out with a non-COVID illness.

I was watching this game on NBA League Pass which shows the team's entertainment during commercial breaks if you're watching the home team's feed. During a timeout, there was a game between two guys on opposite hoops trying to hit more shots than the other one. The winner would get a halfcourt shot attempt for $20k.

This dude named Johnny won the opportunity to become famous like Rico Bosco stepping up and drilling a halfcourt shot at the Barstool Invitational.

Or he'd be infamous, like our beloved leader, Dave Portnoy who shot it right into the restricted area one night in Orlando.

But Johnny was cool as a cucumber. $20k was his if he could drill it and boy did he ever. 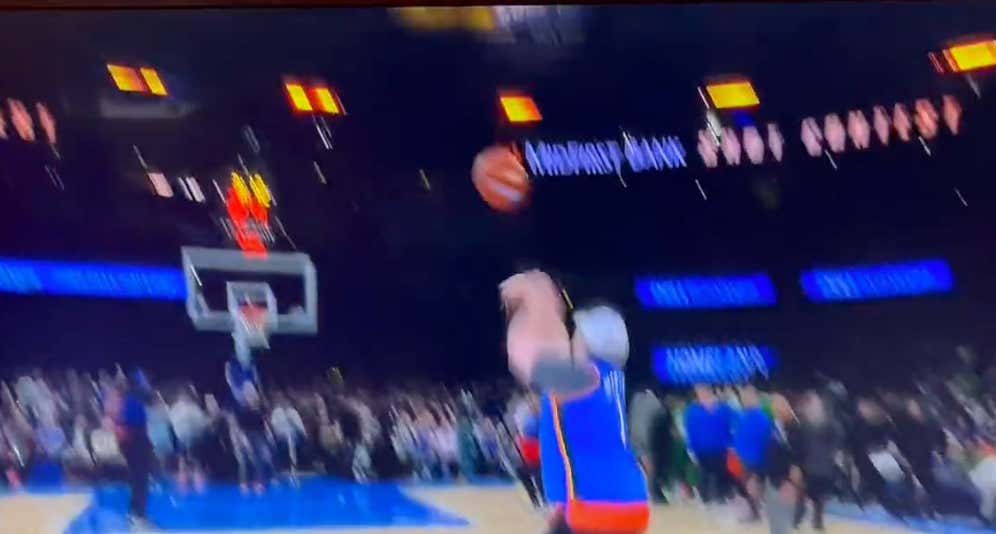 The vibes were high in OKC and the prop cashed with ease on the first possession of the 3rd Quarter. I'm now 50-25 on the NBA season and per this graphic am the fastest to ever reach 50 wins.

Follow and set alerts for @TrustTheData for all picks because we're going every single day there is NBA basketball.