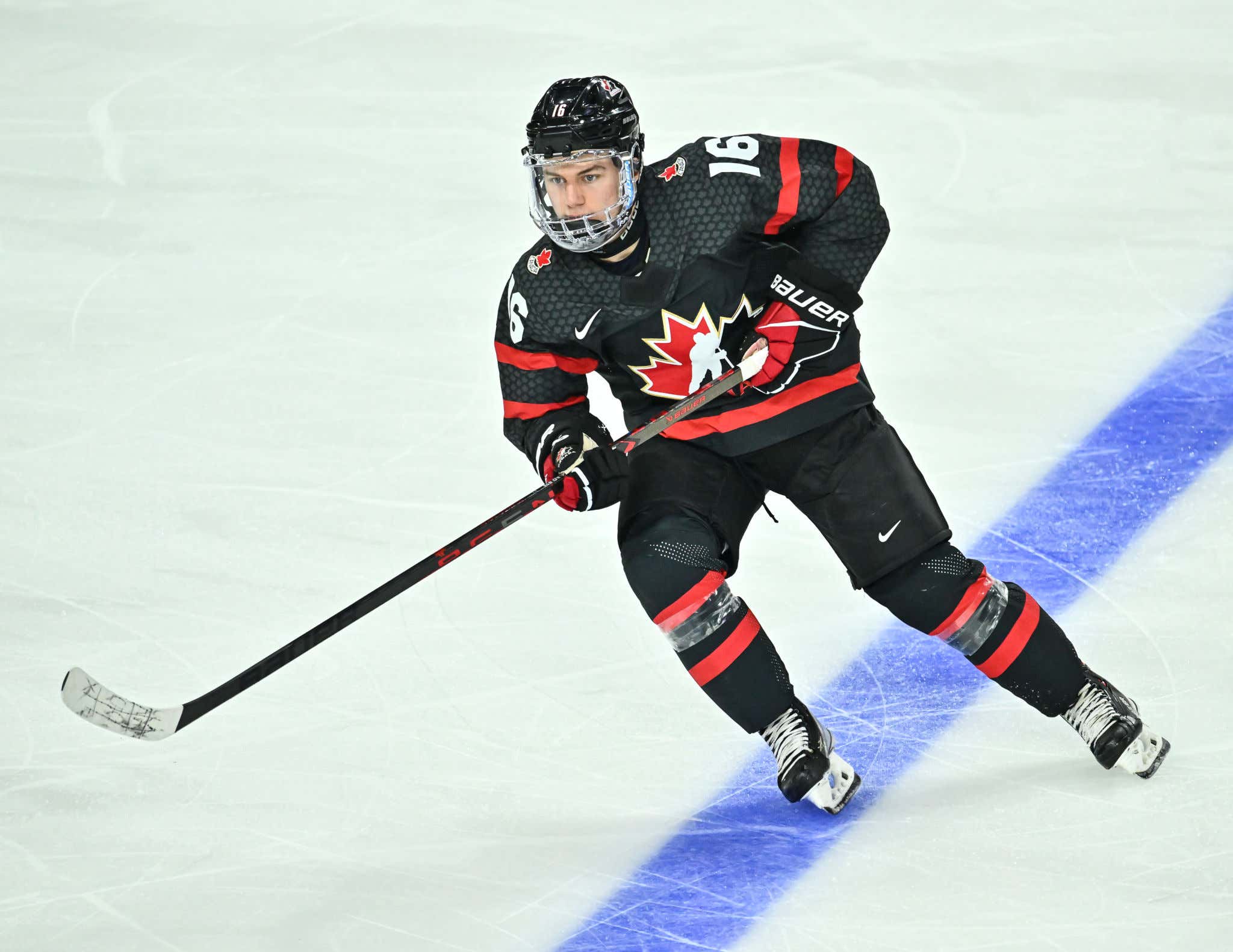 The calendar has flipped over to 2023. The preliminary round is over, and there's really only one major story to follow from the 2023 World Junior Ice Hockey Championship. And that's the fact that Connor Bedard (2023 Eligible) has been making this tournament his bitch.

One of the stories heading into this tournament would be whether or not guys like Adam Fantilli, Leo Carlsson, and Dalibor Dvorsky could have big enough tournaments to put themselves into the conversation with Bedard for the 1st overall pick in the upcoming draft. But the only thing that has happened so far this week is Bedard making the gap even more drastic between himself and every other 2004/05 birth year player on the planet. Whoever ends up with the top pick in the draft this year should have Bedard up on stage before Gary Bettman is even done getting boo'd by the fans in Nashville.

Now the other story of the 2023 World Juniors so far has been parity and some pretty big upsets.

You look at Group B and the 4 teams moving on are all separated by just 3 points. The Swiss are heading into the quarterfinals as the 4-seed and they beat 3 out of the 4 teams they played in this tournament. Only issue is that all of those wins came in overtime. But they beat Finland, they beat Slovakia, they beat Latvia. And for all of that, they get to play the top seed in Group A as their reward. Tough break.

Group A is a little more open with Germany having a tough go at it this tournament. They looked real good against Sweden to open up their tournament and only lost that game 1-0. But then they were on the receiving end of a massacre by the Canadians. It wasn't really their fault. Canada had just lost to the Czechs and needed to quiet the critics with a full blown beatdown. But Germany also got smoked by the Czechs on New Years Eve which makes you think that maybe Sweden just played like shit in that opening game.

Speaking of the Czechs…what a tournament it's been for those pesky bastards so far. That was probably the biggest "upset" of the tournament so far when they beat Canada on the first night of the tournament. But it's really not all that surprising. This is a Czech team that took USA out in the quarterfinals last summer. And they probably have the best blue line in the tournament with guys like David Jiricek (CBJ '22), David Spacek (MIN '22), and Stanislav Svozil (CJB '21) leading the way. If anybody in the tournament knows how to at least contain Connor Bedard, it would be Svozil who wears the 'C' for Czechia and has spent the past 2 seasons with him playing for the Regina Pats.

Also, Slovakia beating the US is technically considered an upset. But at this point, it's to be expected. Slovakia has turned out to be a real pain in the ass for USA Hockey at every level over the past few years.

God I love a good ol' fashion border war. It's crazy that these two teams will be meeting up in the quarterfinals, which means that at least one of them won't even be playing for a medal this tournament. But that's the way she goes.

The Finns haven't looked particularly great so far this summer after playing in the gold medal game over the summer. If there's one player who is going to give them an edge over Sweden, it's Joakim Kemell (NSH '21). Kid has a fucking flame thrower of a shot.

As for Sweden, they're coming off an embarrassing loss to Canada on NYE. Carl Lindblom (VGK '21) has been the best goalie of the tournament so far, but they need more out of their top guys. Fabian Lysell (BOS '21) is a 1st round pick who is one of the oldest players in this tournament. He has 0 points through 4 games. Isak Rosen (BUF '21) has had a decent tournament so far with 2 goals and 2 assists, but decent isn't really enough at this point. Also Leo Carlsson (2023 Eligible) could use a game to make a case for himself as a top 5 pick in the upcoming draft.

I've already talked a decent amount about what makes the Czechs go at this tournament. The blue line has been great, goaltending has been really solid out of Tomas Suchanek (Tri-City Americans/WHL). And they're just pesky. No other word to describe them. They don't stop, and they just grind you down. That's the key to pulling off upsets at the World Juniors, and they've perfected it.

So for the Swiss, you just have to use the same strategy against them. Aside from getting smoked by the Americans, the Swiss took every other team to overtime or a shootout. So at the very least, they're prepared to play a full 60+ minutes. And if somehow this game goes into overtime? Well the Swiss can get real silky there.

This game all comes down to whether or not this group of Americans want to be killers or not. If they think that they can just show up this afternoon and advance to the semifinals because they're team USA, well then they'll be in for a battle like Sweden was against the Germans earlier in the tournament when they squeaked out a 1-0 win. If the Americans want to get over the upset they were dealt in the quarterfinals against Czechia in last summer's tournament, well then they go out this afternoon and fucking destroy the Germans like Canada did.

I'd expect a big game out of the Jimmy Snuggerud (STL '22), Logan Cooley (ARI '22) and Cutter Gauthier (PHI '22) line. These 3 dudes have been buzzing around all tournament long so far, and they seem to generate a few chances every time they're on the ice. The issue has just been finishing those chances for the most part. They've been putting up points, no doubts about it. But they're still leaving plenty of money on the table. If that line buries a few chances early in this game, the rest of the team follows and this one can be a route.

I'm not going to say it'll be impossible for the Slovakians to pull off an upset here. They've already proven that they're one of the top teams in this tournament. Filip Mesar (MTL '22) has been a stud. Simon Nemec (NJD '22) has been a stud. Dalibor Dvorsky (2023 Eligible) showed off that nasty shot in their upset over USA.

But this has been Connor Bedard's tournament, and it's not ending on January 2nd. Not when he has history on the line. He's one point away from setting the points record by a Canadian in both a single WJC tournament and career. And he could still easily put up another 13 points this tournament to tie Peter Forsberg for the most points scored in a single tournament all-time.

And if it's not Bedard going off on a record hunt, it's the fact that Canada has 3 guys on the roster who already have NHL experience with Shane Wright (SEA '22), Dylan Guenther (ARI '21) and Brandt Clarke (LAK '21). And while Brandt Clarke already has the NHL experience, I'd say that Olen Zellweger (ANA '22) is the most lethal member of that Canadian blue line.