WaPo - Tech billionaires have lost hundreds of billions of dollars this year as stocks slid and many companies slowed their decade-long streak of constant growth.

It’s been a dreary year for tech stocks — and also for the massive wealth buckets of the executives and founders whose net worths are so closely tied to their company’s fortunes. Facebook founder Mark Zuckerberg, who once ranked in the top 10 richest people in the world, lost nearly $81 billion in net worth this year.

(Ackchyually it’s probably a lot more considering the selloff/failed Santa Claus rally over the past few days. But who’s counting?)

Elon Musk, Jeff Bezos, Mark Zuckerberg, Larry Page (Google co-founder), Sergey Brin (other Google co-founder), Bill Gates and Steve Ballmer lost a combined $433 billion dollars in net worth during the year of our lord 2022. Mostly because a huge portion of their wealth is tied up in stock of the companies they built. Have they learned nothing from Wu-Tang Financial?

And just because this is one of my favorite videos on the internet, I’ll leave this right here because it features #6 and #7 living their best lives.

But not all global elites are created equal. Elon lost more than any of the other billionaire's entire net worth (don’t think I didn’t notice there aren’t any ladies on this list…). He literally LOST 3 (ok I’m rounding) Mark Zuckerbergs. To put it in perspective: Elon bought something this year that was roughly the equivalent of Zuck’s entire current net worth.

So how’d these sad sacks get here? Well, the biggest tech bloodbath since the Dotcom bubble didn't help. The Fed finally ending its easy money policy took a toll, as did macro “headwinds” (which is just what the WSJ says when shit is hitting the fan).

Tesla ended the year down 69% (you literally can't make this shit up). Despite blaming the Fed for the selloff, Elon's got some explaining to do. Not only did he sell $40B worth of Tesla stock this year, but investors think he spent a little too much time "innovating" (adding view count and Gold Badges) at Twitter and not enough time making EVs.

Elon wasn't the only member of the technorati distracted by shiny objects.Meta (the data miner formerly known as Facebook) got its face caved in during 2022 as well. Massive selloffs following piss poor earnings (see: $META falling 25% after reporting Q4 earnings in February) certainly didn’t help (thanks, Apple iOS changes). Fears of slowing growth hung over the company all year. Then there were Zuck’s metaverse ambitions. Turns out Wall Street doesn’t believe in his vision (and investing like $10B per year) as much as he does. Maybe changing the company's name to Meta was a little aggressive on second thought.

At least Bezos can point fingers (looking at you, new-ish CEO Andy Jassy). Plus, I bet he hasn’t even noticed how much he's pissed away. Does this look like the face of a guy who gives a damn he lost the equivalent of the GDP of Luxembourg? 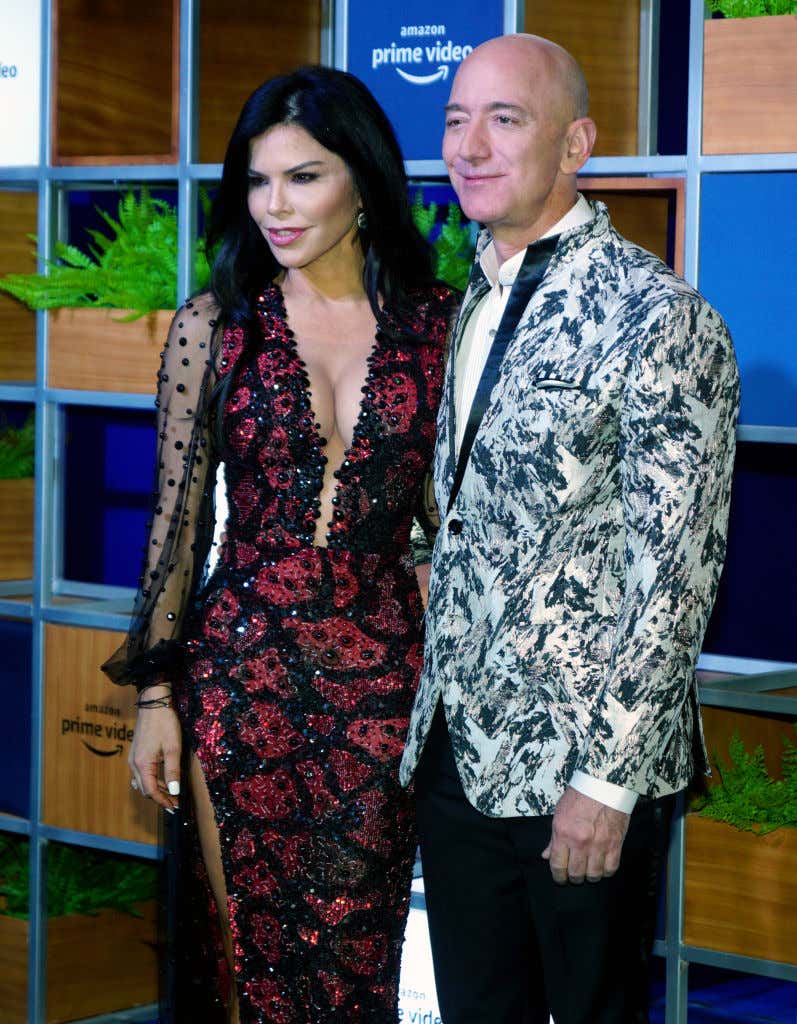 Want more business and markets news? Follow me on Twitter for real time news and commentary (@JPMorinChase). I also write The Water Coolest, Barstool's daily email biz and markets newsletter. It hits your inbox at 6 AM covering all the finance and markets stories you need to know. Join below…