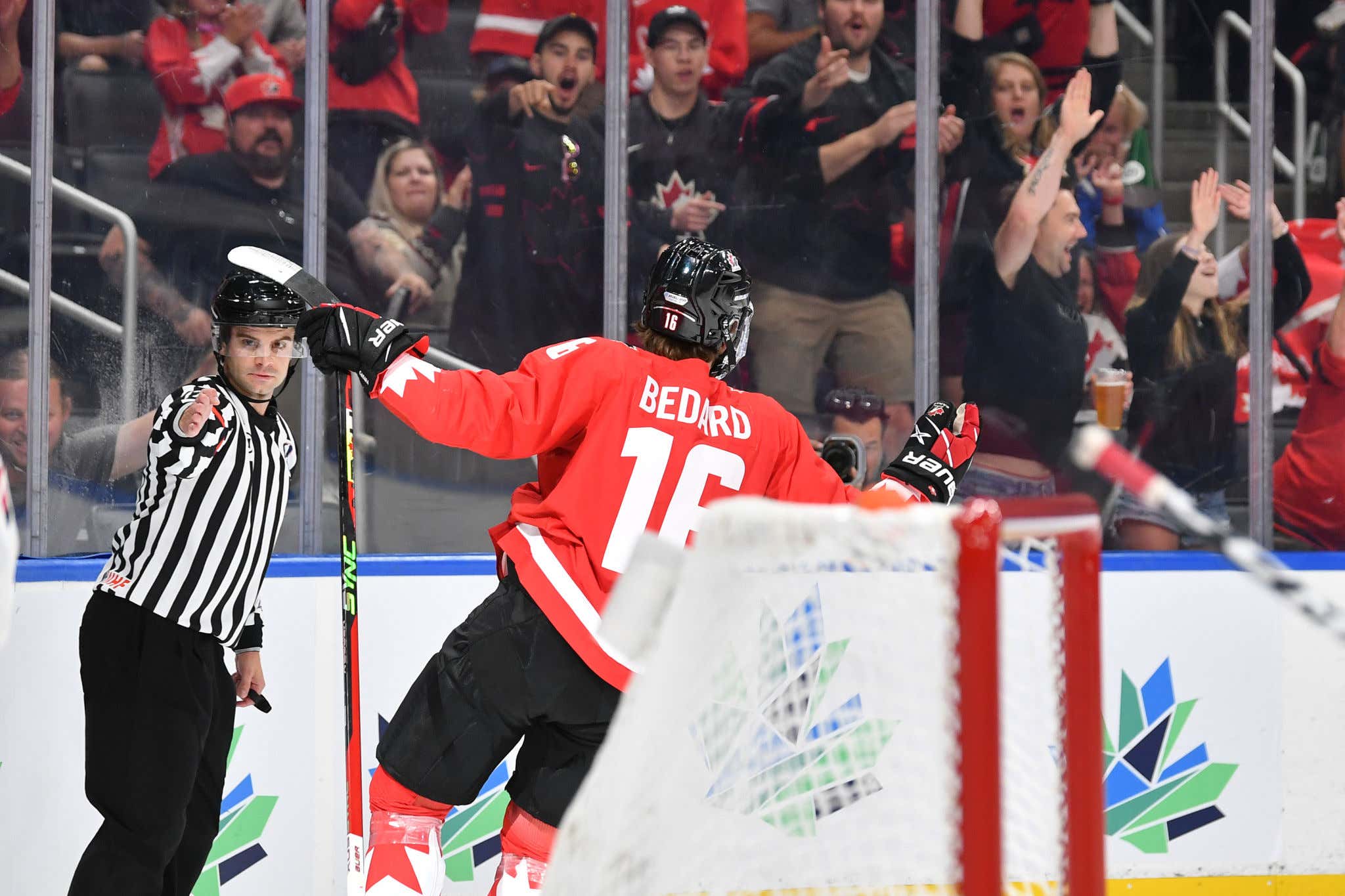 There's so much hype. There's so much expectation. Connor Bedard is widely regarded as one of the best hockey players on the planet right now not currently playing in the National Hockey League. He's been tabbed as the 1st overall prospect in his draft class for years. The next generational superstar.

What's so sick about this goal is that at no point while the puck was on his stick did you think it wasn't going to end up in the back of the net. Connor Bedard just has that effect. He's as big of a superstar as we've seen at this point in his career. When he's on the ice with the puck on his stick, you just know that something special is about to happen. It looks so calm and matter of fact. When a player has the ability to make something incredible look ordinary, that's when you know you're dealing with a special player.

That shot is insane. I mean there's literally nothing you can do about it. You give Bedard some room at the top of the circles with his hands free and you could have 2 goalies in the net. It wouldn't matter. As long as there's an opening the exact size of a puck, he's going to pick it.

And with his 3rd goal of the night, he now has 12 goals in his World Juniors career. Keep in mind that he's still an underager at this tournament, and he's just 2 goals away from the all-time Canadian record. Jordan Eberle has scored the most career WJC goals for Hockey Canada with 14, and Connor Bedard might break that record by the end of this Germany game. Hell, he already has 6 points at the time that I'm writing this blog with Canada up 9-1 at the end of the 2nd period. And it's not just the goals, either.

He just makes everything look so easy out there. Because it is that easy for him. And I have a feeling that's going to carry over to the next level for him. He might not have insane size or speed. But his hands, his vision, and holy fucking shit that release? It's a shot that very few current NHL players can rival. As long as he gets his hands free and his opportunities in the NHL, he's going to fill the back of the net. What a player. Absolutely worth losing every game for the rest of the current NHL season to take him 1st overall.