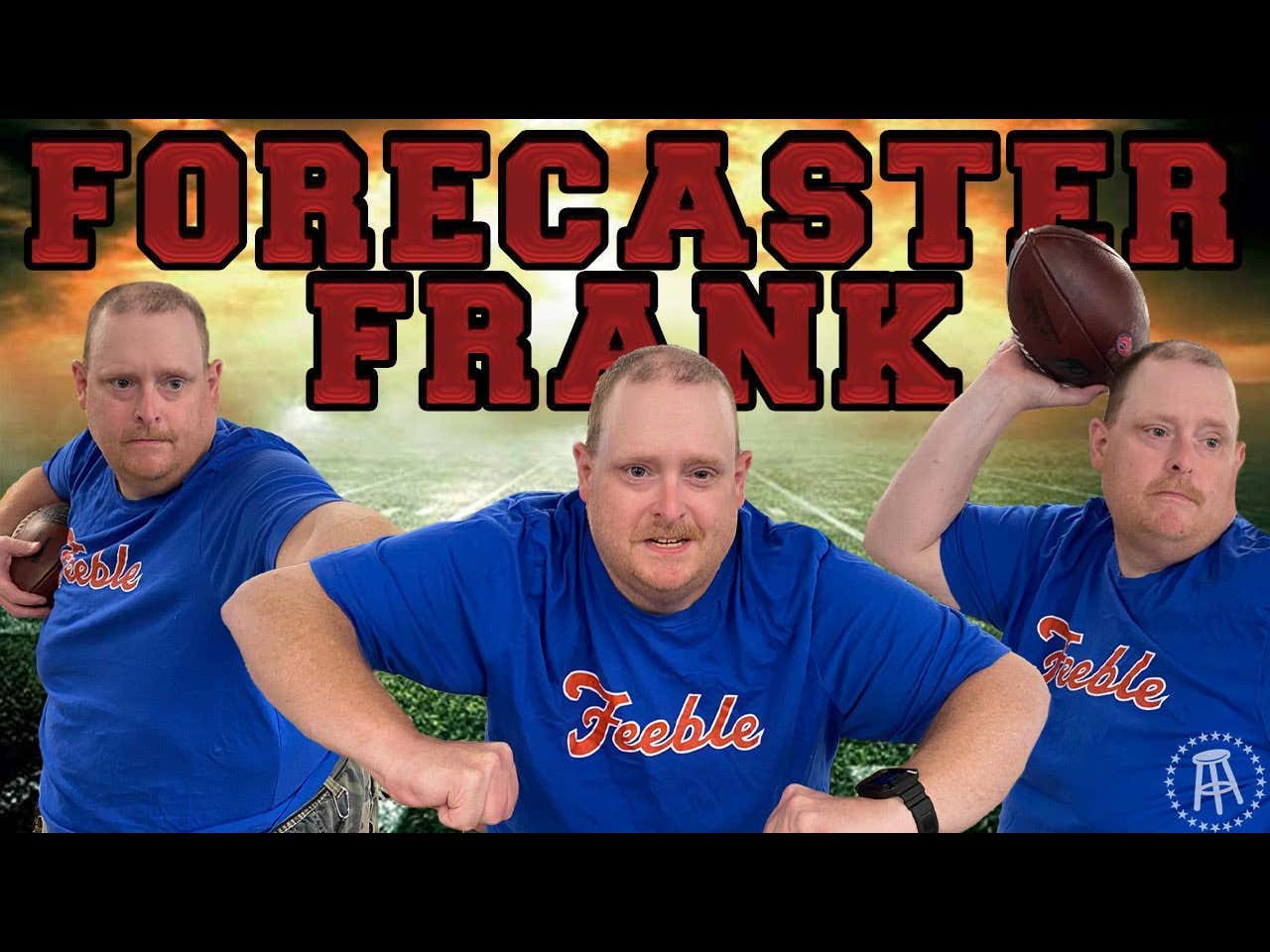 The Titans are a mess, Malik Willis appears to have no ability to throw the ball, Derrick Henry has been suffering from fumblitus, and a once-sure division title is in jeopardy. No matter what happens, the Titans and Jaguars will play for the division next week. The Cowboys, meanwhile, have a shot at getting the number one seed in the NFC.

Trace McSorley showed more ability in the Cardinals' loss to the Buccanneers than Desmond Ridder in his two games with Atlanta. I expect a strong game from J.J. Watt as he finishes a Hall of Fame career.

The Lions still have a chance to make the playoffs if they win their final two games and get some help. The Bears, meanwhile, are hoping to land the number one pick.

The Texans have played well over the last three games, beating the Titans after heartbreaking losses to the Cowboys and Chiefs. The Texans had their first win in Jacksonville. The Jaguars come in with the playoffs in sight, but win or lose, next week against the Titans will decide their fate. Don't be shocked if the Jaguars rest players and treat this game as a preseason game before their playoff fate is decided in Week 18.

The Broncos quit on Nathaniel Hackett last week, forcing Denver to fire their first-year head coach. The Chiefs can still get the top spot in the AFC, as three-teams jockey to get home field and a first-round bye.

Another wasted season in Miami as choking no-account dumpster fire Dolphins roll over and die with their season on the line.

The Giants can move closer to the playoffs with a win. The Colts, meanwhile, look like they want to go home after being outscored 59-3 in their last six quarters. Jonathan Taylor is gone, and there is no solution at quarterback, as Nick Foles has no magic left.

The Eagles had their chances to win in Dallas with Gardner Minshew. If Jalen Hurts can go, the Eagles will soar to clinch the best record in the NFC.

The winner of this game will win the NFC South. The Buccaneers have had their ups and downs, but when the game is on the line, Tom Brady finds a little more magic. The Panthers have struggled on the road all season and will see their playoff hopes end in Tampa.

Taylor Heinicke has struggled lately, leading Ron Rivera to contemplate Carson Wentz getting the start at quarterback on Sunday. That would be a mistake. No matter who starts, defense will win this game for Washington, as Deshaun Watson has yet to shake off the rust for the Browns.

The Raiders will spend the offseason wonder what could have been, as they had five games in which they let leads slip away. The 49ers are riding the shoulders of Nick Bossa, who has all but locked up Defensive Player of the Year and will win again with Brock Purdy at quarterback.

There is no revenge game for the Geno Smith as the mirage of the fast start is all gone, as are their playoff hopes. The Jets can still land in the playoffs by winning their final two games and will have Mike White under center to do so.

The Packers, who were written off in November, are suddenly back in the playoff picture. The Vikings have been the funkiest 12-3 in NFL history, winning most of their games in the final minute. There won't be last minute magic this week, as the Packers make a statement with a blow out win.

It is the battle of Los Angeles, as the Chargers continue their charge to the playoffs. Look for the Chargers to take control early as the Rams become the first Super Bowl champion to lose 11 games.

As the Steelers stand on the fringe of the playoffs, the Ravens would love nothing more to land the knock out punch. Look for the Ravens to shutdown and melt the Steelers in an easy Sunday Night win.

This might be the best Monday Night game of the season, and preview of the AFC Championship Game. The Bills can move close to get home field with a win, while the Bengals can make it a three-team race heading into the final week of the regular season. This one will go down to the wire, with Josh Allen getting the Bills down for a game-winning field goal.