We all know that hard-ass high school football coach who's always running his mouth and being a dick just to be a dick. On Thursday night, that coach got his ass whipped in the bleachers at a game in rural Mississippi.

Meet Jim Nowell. He's the current head coach at Heidelberg High School in Heidelberg, Miss. Full transparency here, I've never actually been to Heidelberg. It's a tiny map dot on I-59 between Meridian and Hattiesburg.

On Thursday night, Jim and one of his assistants were in the stands at the always-contentious annual matchup between Wayne County High (most famous for losing two state title games to the superior West Point program) and Quitman High, alma mater of NBA player Antonio McDyess.

Welp apparently ole Jim got sideways with another fella who had differing opinions on the gibberish Jim was spouting.

And what do you know, these two grown ass men started yelling crazy shit at each other while separated by 7 rows and presumably at least 3 deacons in the local Baptist church.

"Come on out in the parking lot and whip my ass."

So eventually Jim stumbled down the stairs where he met his refrigerator-sized adversary. At this point, big bad Jim attacked the opponent's knuckles with his forehead over and over and over, leaving his face a bloody mess for the eventual picture that will headline the Heidelberg weekly newspaper soon. 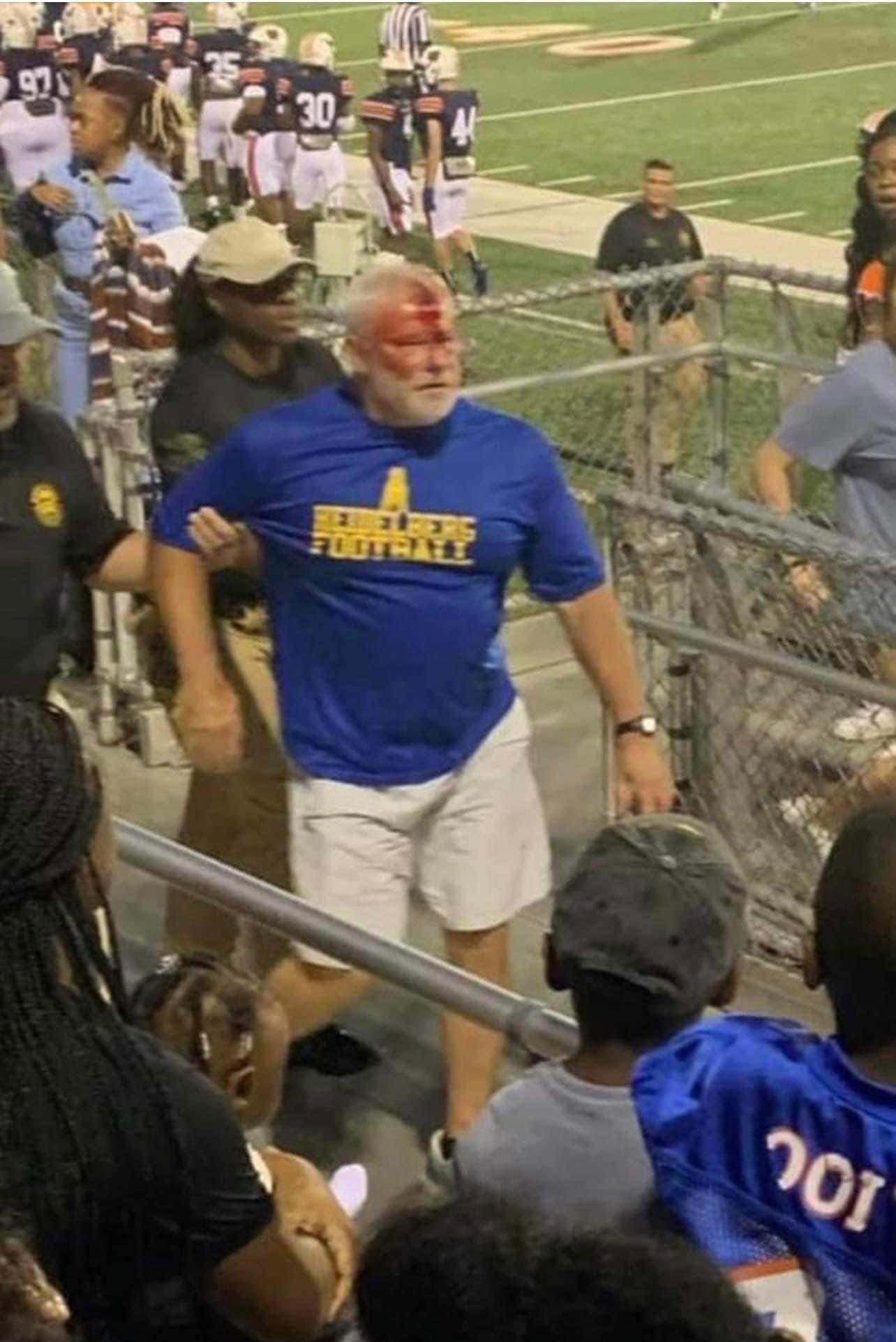