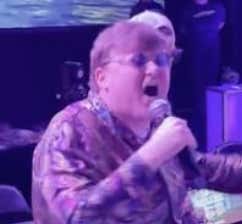 I am grinning ear to ear on the ride down to New Orleans to move back full time!

To be honest, I am feeling a full range of emotions. I lived down there from Fall of 2009 to May of 2014 during the highs & lows of my poker career.

It was the best of times for most of that era until I fell off a cliff at the end. I will not be the first or last to say that about New Orleans.

I ended up crawling up I-55 back to Ole Miss in the fetal position to finish my Ole Miss degree at 31 years young.

Ever since that 2014 spring day, I have always known there would be a NOLA redemption chapter.

We took a deep dive exploring this journey during Rediscovering Louisiana.

I always thought I was on a path to be the sports radio guy in NOLA after working up from Bossier City to 104.5 ESPN Baton Rouge.

Then everything changed when I got hired by Barstool in October of 2020.

Even when I moved to New York, I knew it was temporary. I had a huge opportunity & tried to make the most of it. I gave it two full years.

Despite how I look sometimes on camera, I am not an idiot. I realize there are a ton of problems in New Orleans right now. I did some serious soul searching about moving back for 4-6 months.

In the end, I decided I could not run from what I felt was supposed to happen in my life.

When my contract came up, both Dave Portnoy & Erika Nardini were on board with me going back to New Orleans. There is no denying the Barstool Sportsbook App being live in Louisiana & PENN properties all over the state were a big factor.

It still has not sunk in the NYC era is actually over. And 8.5 years after I left NOLA at my lowest point, I am coming back!

I got a massive night planned to kick off the NOLA era. I am sitting on the floor for Pacers/Pelicans then going to NOLA legend George Porter Jr.’s 75th birthday show at The Fillmore after.