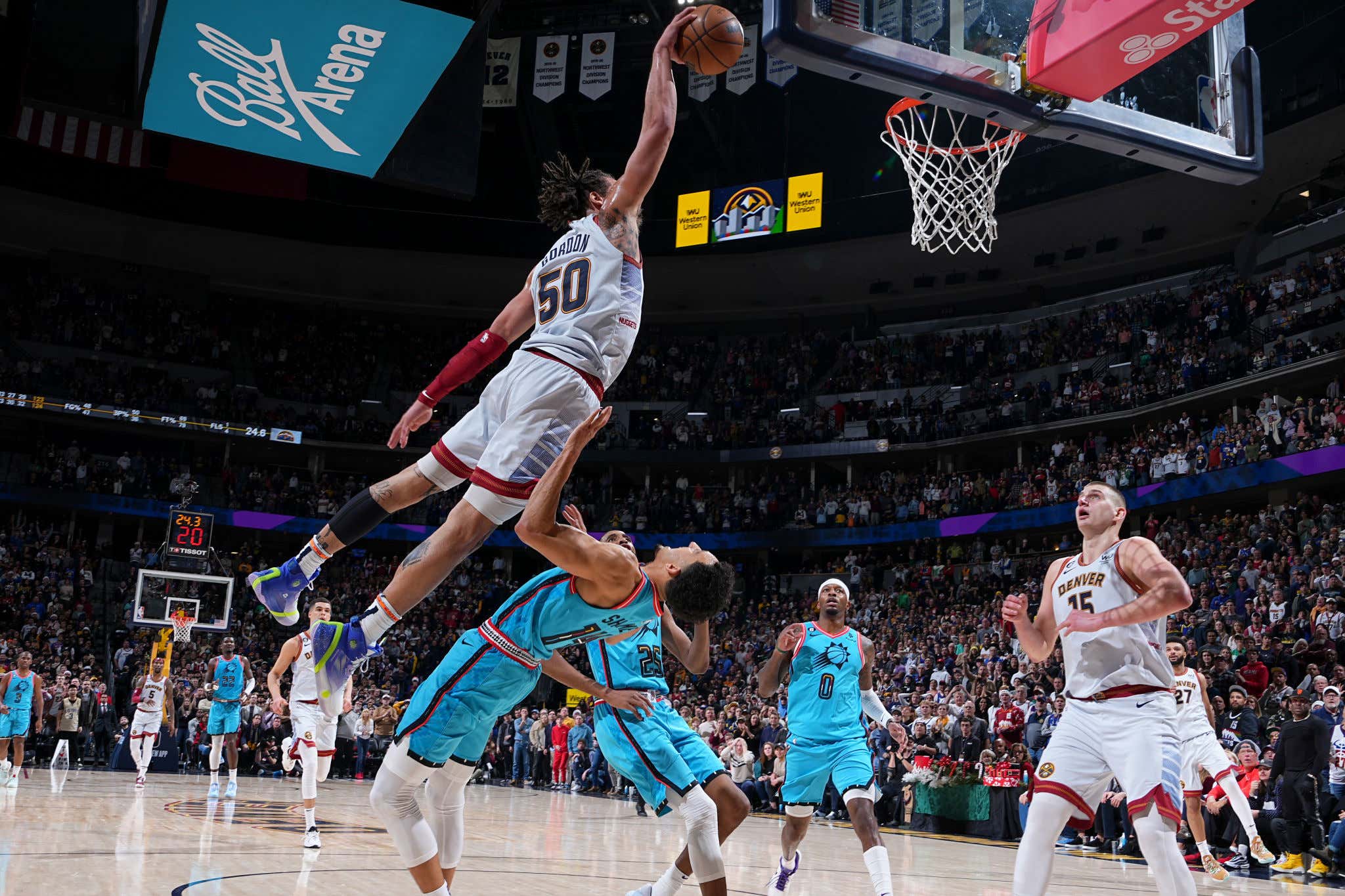 Oh my god. I don't know how many times I've watched this dunk since it just happened, but every single time I come back to saying the same thing. Oh my god. Aaron Gordon didn't just kill a guy in this clip, he sent him to the center of the earth. Poor Landry Shamet, he had good intentions on this play. He's actually had one hell of a game which is what makes it even more tough for the guy;. Nobody is going to give a shit about how well he shot the ball tonight. That's a shame.

Why? Because we just witnessed was the dunk of the season, no question about it. There's something about posters on Christmas that just do it for me. First, there was Jayson Tatum on Giannis

and now this. Make no mistake, that was a perfect poster dunk. Everything about it ruled. From the context around the play taking place to the actual execution of the dunk. For starters, Gordon jumps from a million miles away. He just sort of glides, it's pretty ridiculous. Then, even after absorbing contact, he finishes that shit CLEAN.

Then you keep watching and you see how he and Shamet landed. I thought he crushed Shamet's skull if we're being honest. That looked horrible in the split second where everything was happening at once. The realization of what just happened, the score, and then………the refs blew the whistle.

Of course they called that play a charge. That was the least surprising thing I've ever seen given how terrible NBA officials have been this year. You'll never believe this but they reviewed it and overturned the charge. Imagine that! It was clear as day that Shamet was moving and leaning into Gordon once he was already in the air. You have to be a gigantic asshole to make that call in that moment with that type of play and then be wrong. Christ Adam, fix your product.

The Nuggets ended up pulling out the OT win to take over sole possession of the top of the West and that makes me happy for their fans. You can't have a moment like that and then somehow lose the game. Being able to enjoy that while also getting a monster 41/15/15 from jokis and Jamal Murray making huge plays down the stretch looking like vintage Jamal Murray, that's a great way to close out your Christmas as a Nuggets fan. What a game.

Today just further proves that Christmas will always be an NBA day. The NFL can kick rocks. Their product stinks.