On January 5th, 2022 Mark Cuban announced they would build a statue for the greatest Maverick not named Tom Cruise. Though a Tom Cruise statue in Dallas would be awesome, they instead decided to honor Dirk Nowitzki, which I guess is fair. When they unveiled it though, which I cannot believe was earlier this year (feels like 3 years ago at this point), everyone gasped and covered their children's eyes, for it looked like Dirk was getting ready for a night out with your mom. 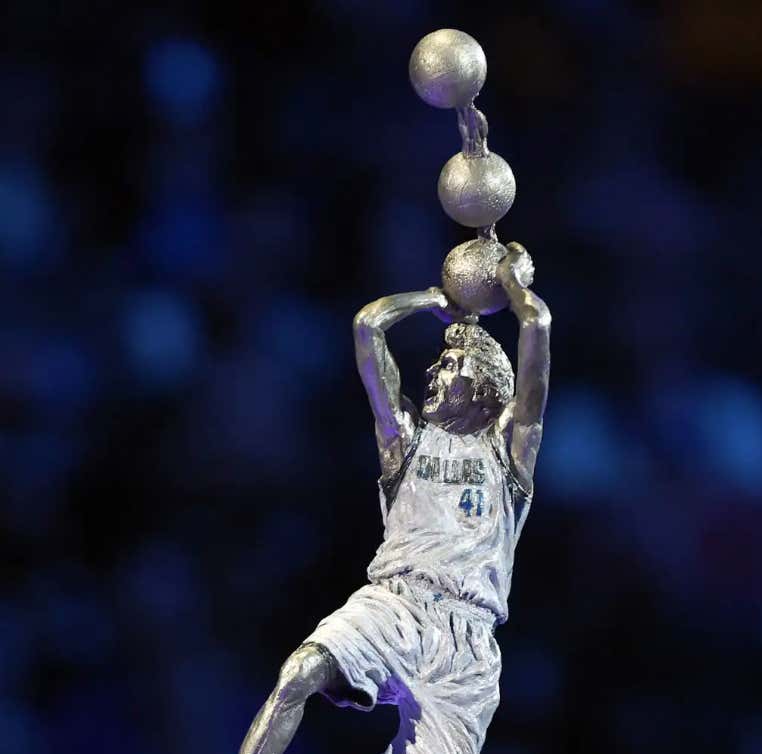 Just one of the more preposterous statue decisions ever made, some calling it the worst that only the Commanders could top when they made a Sean Taylor statue out of a mannequin and the clearance rack at TJ Maxx.

So I've been looking forward to the full sized, sex toy Dirk Nowitzki statue to be unveiled for nearly a year now. And this morning it was finally unveiled and I gotta say it ruined Christmas for me.

I guess on second glance they realized it would be hard to explain to Lil Jimmy why mommy all of a sudden loves going to Mavs games. It's a nice looking statue nonetheless, but I'm disappointed they cracked to public pressure and made the statue normal. Heartbreaking, but understandable.