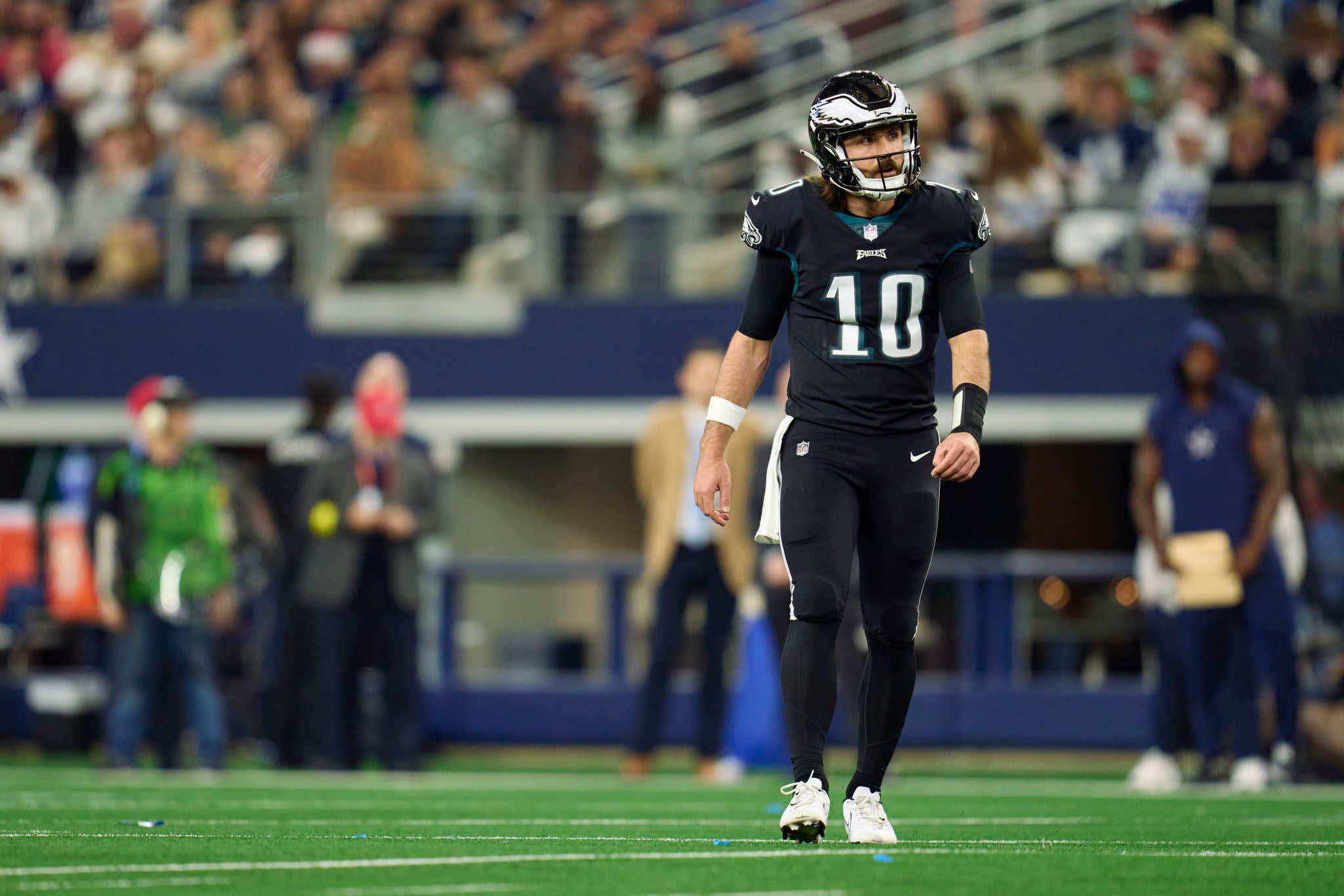 Listen. I like Gardner Minshew. He's incredible fun and easy to root for. But after watching him lead the Philadelphia Eagles tonight down in Dallas, I am thanking every god in every religion for Jalen Hurts.

Don't get me wrong. Gardner Minshew still had the Eagles within one play of winning that game. The Eagles gifted Dallas 20 points off of turnovers, and they still could have easily won that game on that final drive. But the fact of the matter is that they didn't get the job done. And that's because there is only one Jalen Hurts, and unfortunately Gardner Minshew is not him.

It's impossible to watch the way this offense operated tonight and say that Jalen Hurts is a system quarterback. He may have the benefit of a lethal system surrounding, but it's beyond evident that Jalen Hurts is the one who gets the engine revving. His threat as a runner opens up the pass game that much more. His precision and decision making as a passer opens up the running game that much more. His ability to methodically and surgically dismantle whatever looks a defense is throwing his way makes the job for a defensive coordinator that much more difficult as the game goes on. The Eagles looked like a perfectly okay team with Gardner Minshew at QB1 tonight in Dallas. But they are legitimate psychopaths when Jalen Hurts has the ball in his hand.

So sure. The Eagles didn't get the job done tonight. They lost. It sucked. At the end of the day, it doesn't matter because the Eagles still control their own destiny. A win against New Orleans next week locks up the 1-seed and gives them a better pick in the draft. That's all that matters. And the silver lining tonight is that nobody could watch that game and say Jalen Hurts isn't the most valuable player in the league.