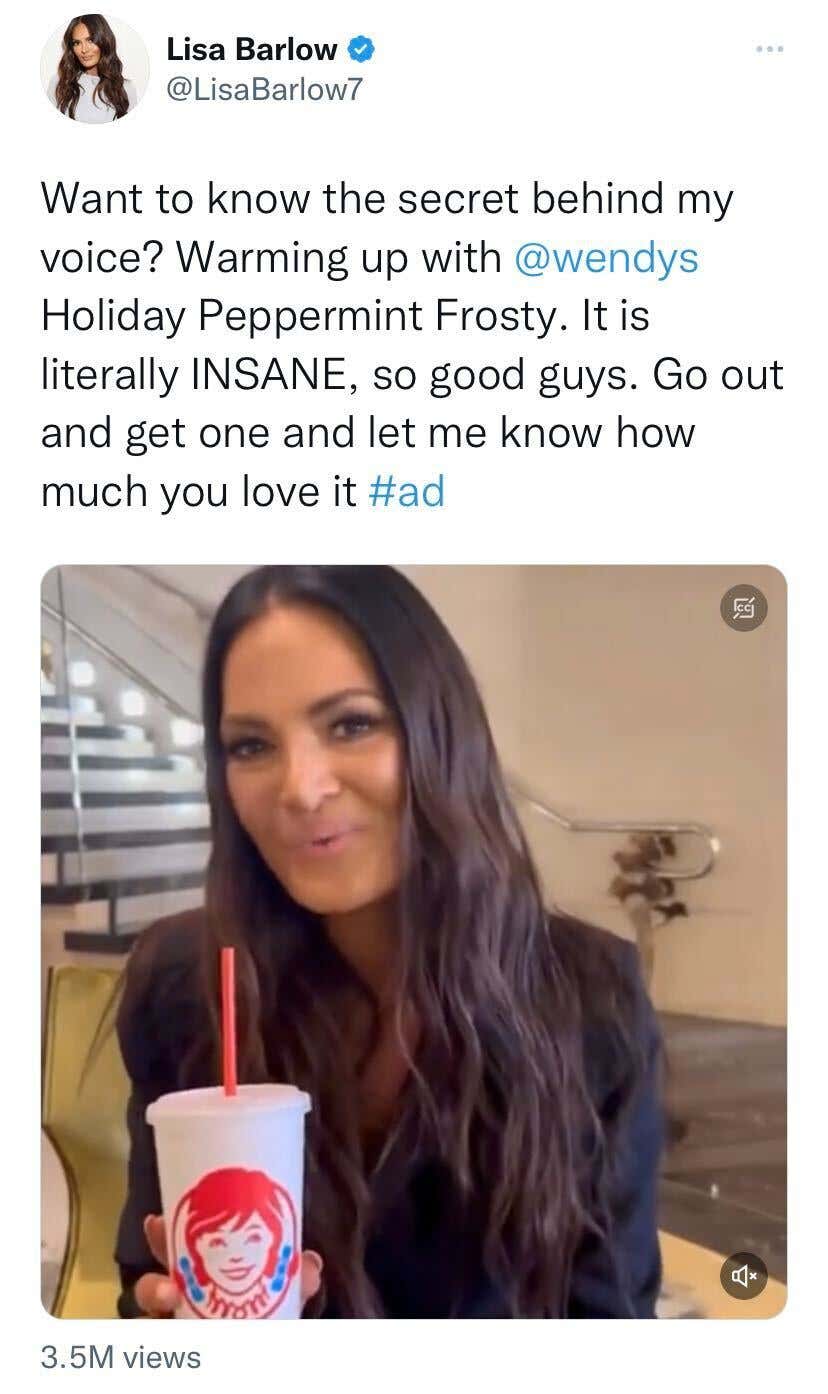 (Sorry, Wendy's. Not embedding that Tweet. No free ads)

Elon, the people demand answers. If this is an elaborate troll, well played. If this is a real promo that is keeping the lights on, please, for the love of God, make it stop. This ad has been making my Twitter feed its bitch over the past week or two. 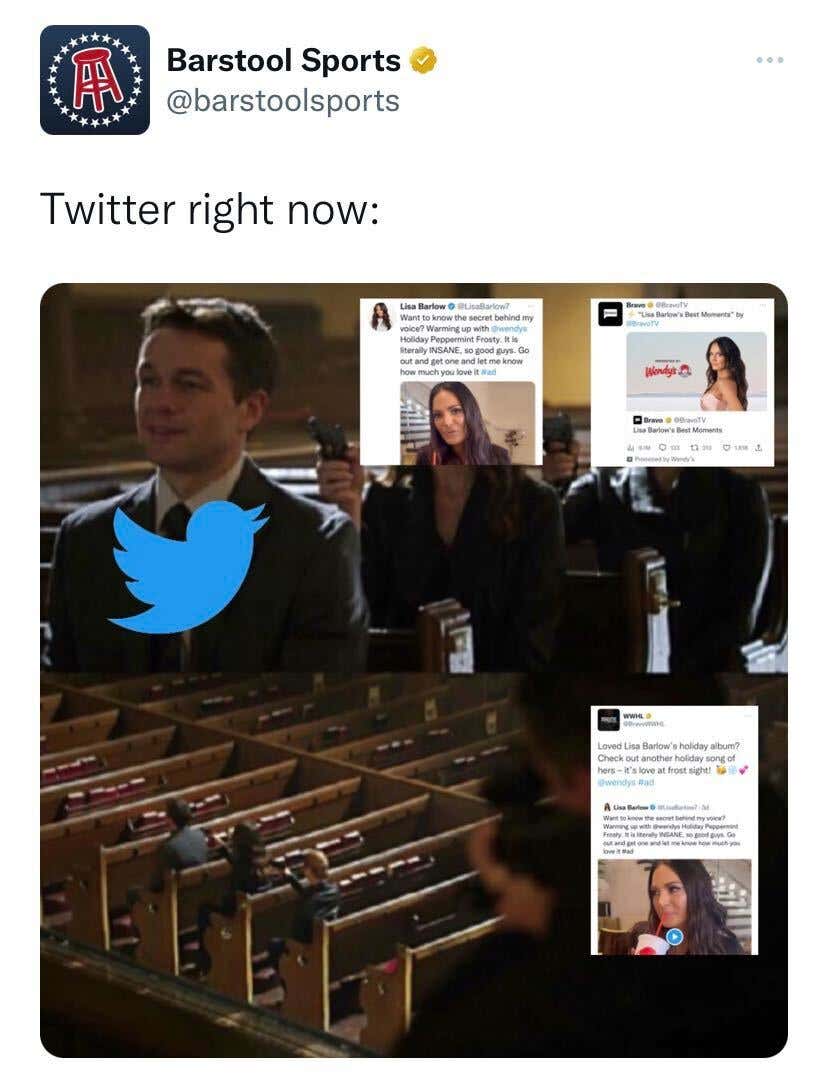 Lisa and Wendy's have reached the pinnacle of culture. It got the assassination chain/'Person of Interest' meme treatment.

But it makes no sense. Why Lisa Barlow?

Luckily for you, I've watched enough Bravo (sup, Andy) to know what the fuck is up. I've seen the show Lisa's on (Real Housewives of Salt Lake City) and this woman is a middle of the road Bravolebrity at BEST. Not to mention the Salt Lake City installment of Real Housewives doesn't even break into the top 5 Real Housewives franchises. It's like the Godfather 3 of RHs.

The only "news" I can find about the partnership is just people complaining. Even in the depths of Real Housewives' Reddit.

While Wendy's choice of endorser remains a mystery, at least one thing is clear…

Wendy's had to have been the only sucker to take Elon up on that "spend $500k get $1M worth of ad space" offer.

WSJ - Twitter Inc. is offering advertisers incentives to increase their spending on the platform, according to people familiar with the matter, an effort to jump-start its business after Elon Musk‘s takeover prompted many companies to pull back.

Twitter offered advertisers incentives as generous as matching their ad spending, according to a company email to ad agencies viewed by The Wall Street Journal.

Twitter is facing pressure to lure back brands that quit the platform or reduced their spending since Mr. Musk acquired the company in late October. Advertisers have expressed concerns about Mr. Musk’s approach to content moderation and account suspensions, among other issues.

Under the new Twitter plan, advertisers who book at least $500,000 in incremental spending will qualify to have their spending matched with a “100% value add,” up to a $1 million cap, according to the email the Journal viewed. Smaller amounts of spending would qualify for a lower matching amount.

This offer is valid for advertising that runs before the end of the year, according to the people familiar with the matter.

That means Wendy's is, in all likelihood, single-handedly putting Twitter on its back.

Now excuse me while I go buy a Wendy's Holiday Peppermint Frosty.