I can deal with pretty much all of Elon’s bullshit. Call me glass half full, but I can overlook his flaws…

— Spreading his seed like Nick Cannon. For the good of humanity!

— Publicly calling some guy a pedophile who was just trying to save that Thai soccer team stuck in a cave. Hey, maybe he was onto something.

— Touting free speech while actively blocking his haters on Twitter. I kinda respect it.

But what I can’t deal with is making a deal with the devil (spoiler: Vlad Tenev): 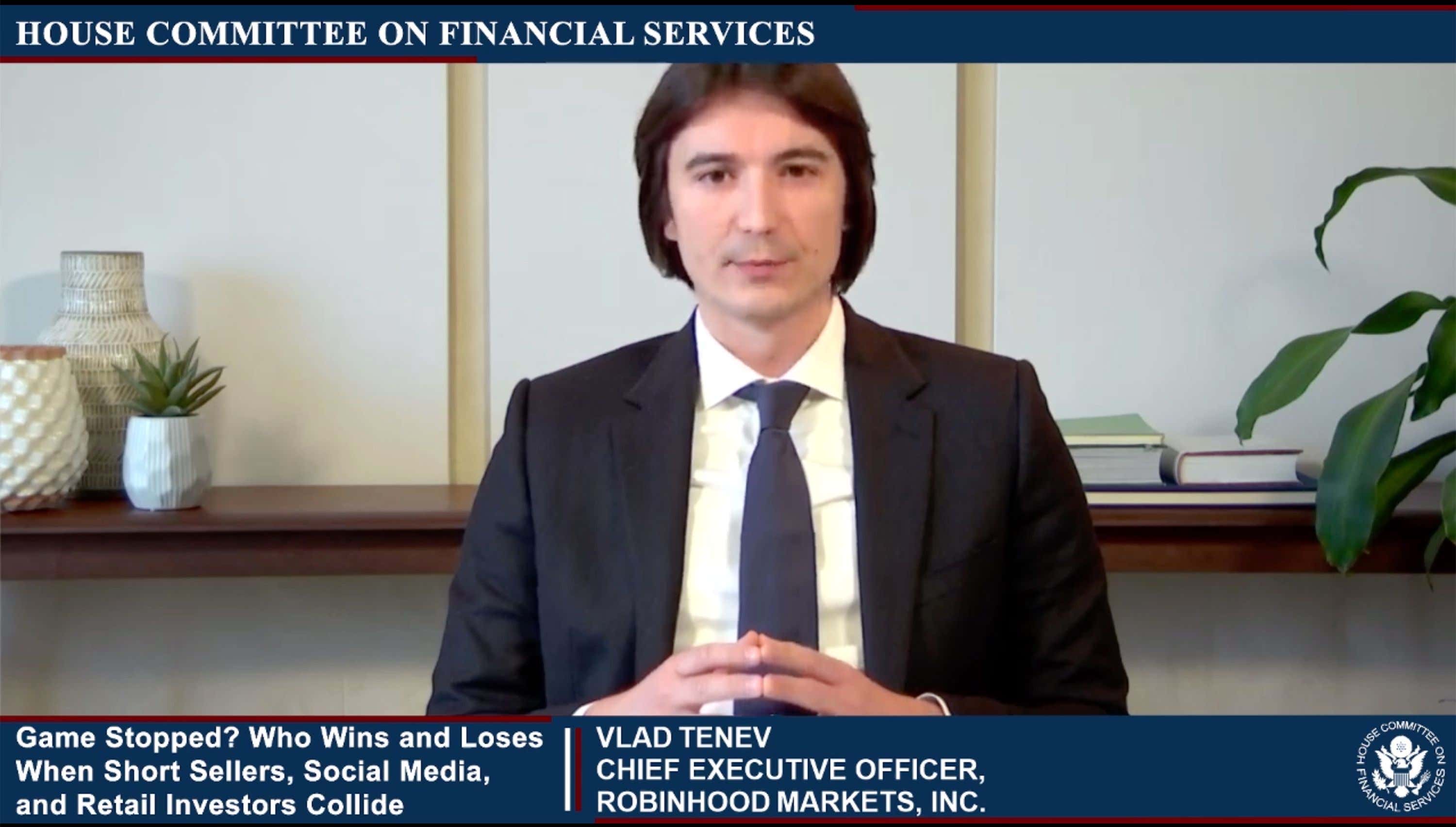 Last week Elon rolled out a Twitter update that flew under the radar for most people: a new cashtag feature.

In case “short the VIX” or “DB not a BB” doesn’t mean anything to you, cashtags are a big deal on FinTwit. They’re like regular hashtags, only more nerdy. Fun fact: they just turned 10 years old.

CNN - Attention, Wall Street tweeters: Twitter has made it easier to look at stock news.

The social media service unveiled its new "cashtag" feature on Monday, allowing users to click on stock symbols and see what the Twitterverse is saying about, say, $GOOG, $AAPL or $FB.

The system works the same way as Twitter's already well-known # hashtags. Cashtags require a "$" followed by the ticker symbol.

Now, when you use them on Twitter you can get real-time chart data in your feed. 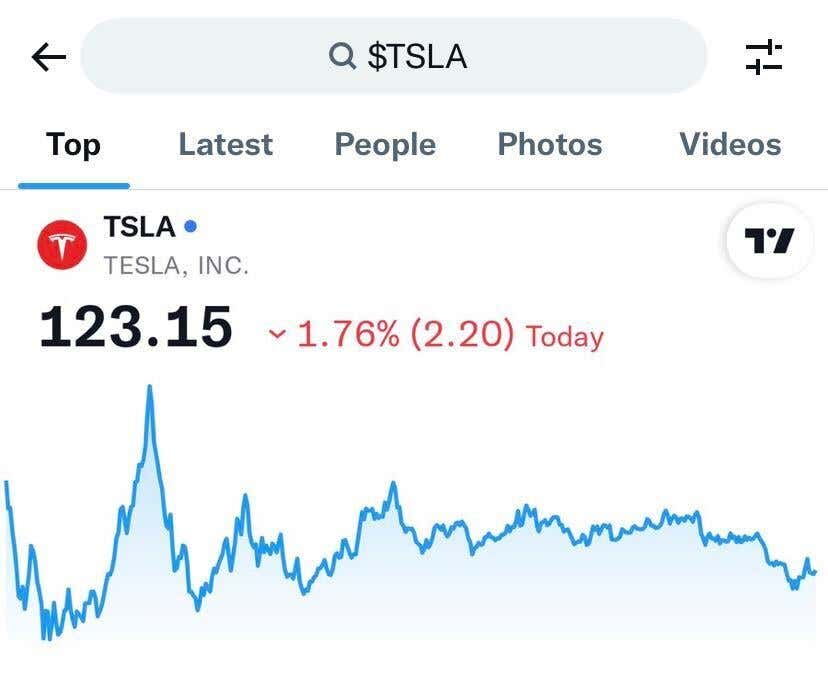 Pretty cool. But that’s not the point of this blog. 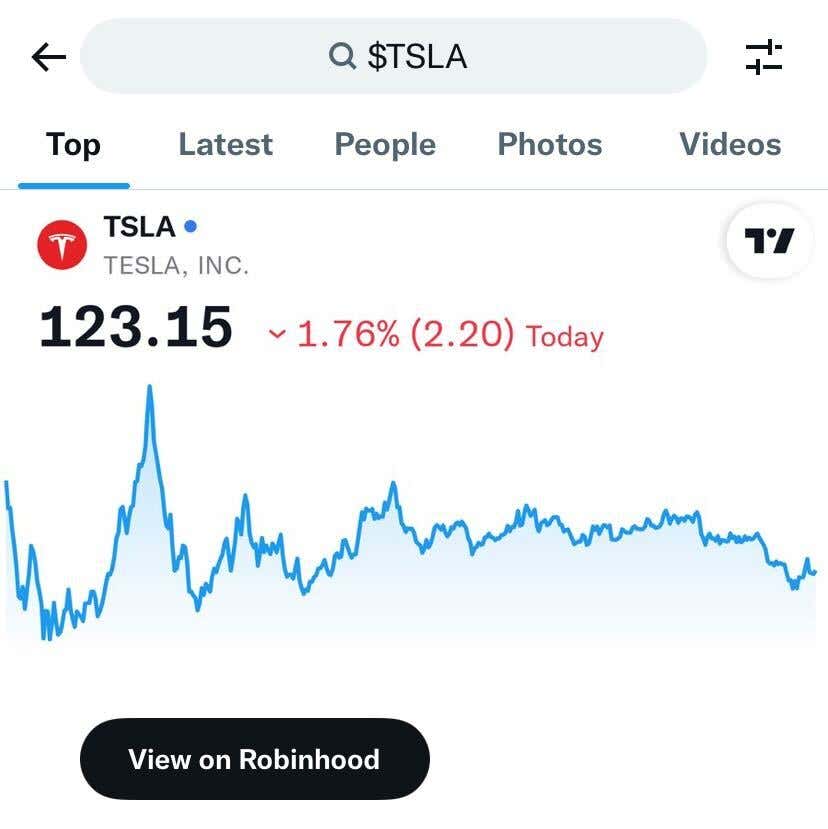 A prominent ad placement for the worst to ever do it: Robinhood.

Clicking that link brings a Twitter user to Robinhood.com (or the app if you have it installed). The RH team then shamelessly baits you into buying said stock/signing up for a free brokerage account.

So why is this a big deal?

In case you were in k-hole in January and February of 2021, Vlad Tenev, the founder of Robinhood, is an absolute menace to society. He was the supervillain that stopped meme stonk mania in its tracks. He paused trading (you could sell, but not buy) of certain stocks that were mooning, like GameStop and AMC. Since a huge amount of retail traders were using the free brokerage, upward pressure on the stocks subsided, effectively putting an end to the short squeeze.

There were accusations that he did it to help his buddies at hedge funds who were getting rekt (spoiler: he did).

It pissed off A LOT of people. Including Dave.

And now Elon is trying to pull a fast one on us. Listen, I get it, ad dollars are harder to come by than SBF’s will to live. But hawking Robinhood ain’t it, chief. I cannot begin to fathom what type of blood money Elon will take next.

Want more business and markets news? Follow me on Twitter for real time shitposting and commentary (@JPMorinChase). I also write Barstool's daily email biz and markets newsletter. It hits your inbox at 6 AM covering all the finance and markets stories you need to know. Join below…