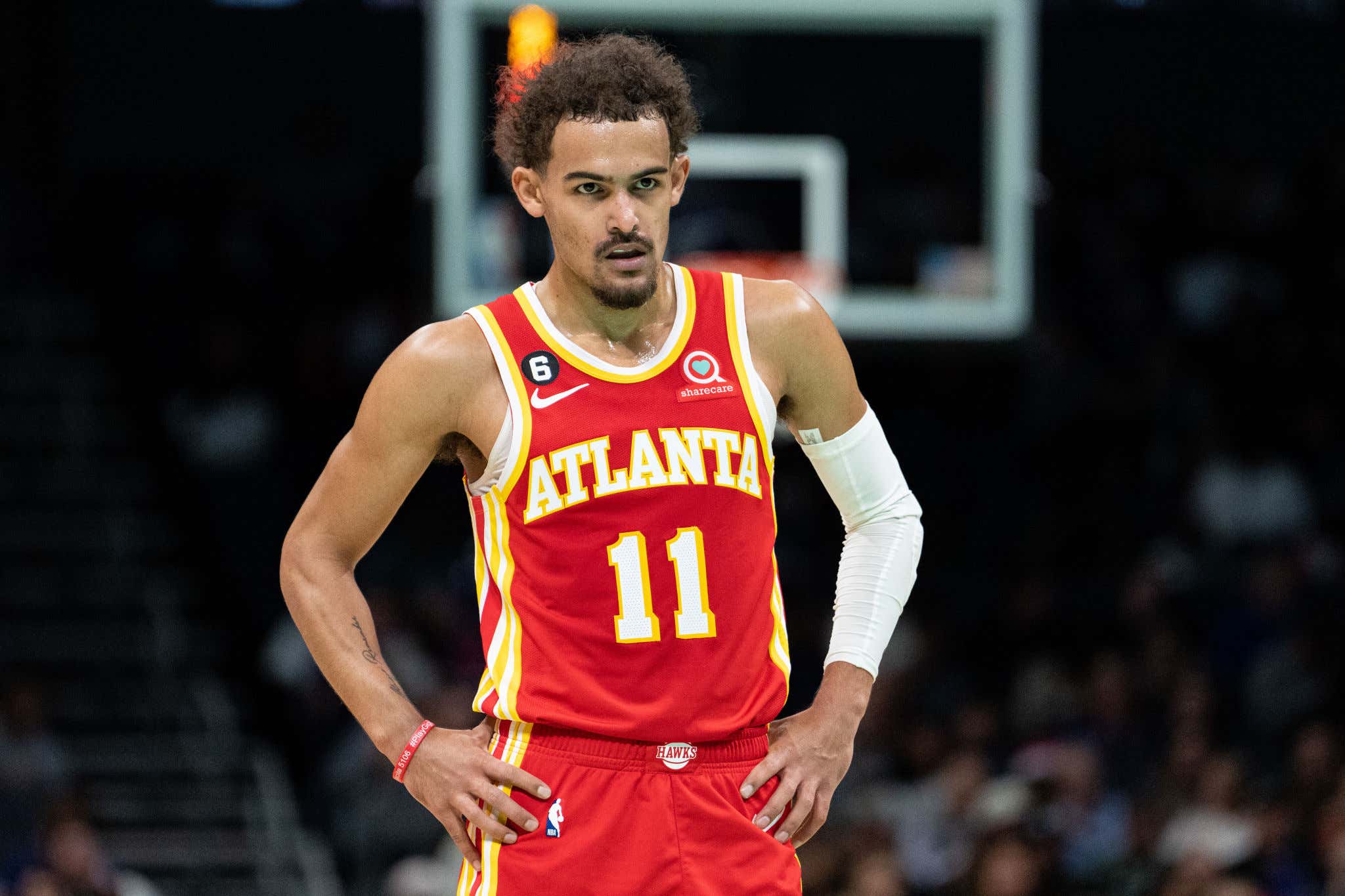 (B/R) - Rival executives in attendance at the NBA's annual G League Winter Showcase are of the belief that Atlanta Hawks star point guard Trae Young could be the next player on a rookie max extension to request a trade if the team doesn't make inroads come postseason time.

Young, 24, is as competitive as they come and has a strong desire to win big in this league. He's under contract through the 2026-27 season but has an early termination option after the 2025-26 season.

Atlanta has struggled to find the chemistry that propelled it to the Eastern Conference Finals two years ago. Last season, the Hawks won just one playoff game, losing in five games to the Miami Heat. This season, they are on a similar trajectory with an underwhelming 16-16 record, ninth in the Eastern Conference. All that despite the offseason addition of star guard Dejounte Murray, a player Young encouraged management to pursue.

Well, this is maybe the least surprising news of the season. Partly because the Hawks are off to a bit of an underachieving start and partly because we've already learned that Trae Young and Nate McMillan despise each other

so this is usually how these situations progress. Considering Trae Young is the Hawks franchise player, I'd say this isn't exactly the type of rumor/drama you want to hear as a Hawks fan or really anyone associated with the franchise. I'd say that would be a pretty big disaster considering we're in Year 1 of Trae's extension 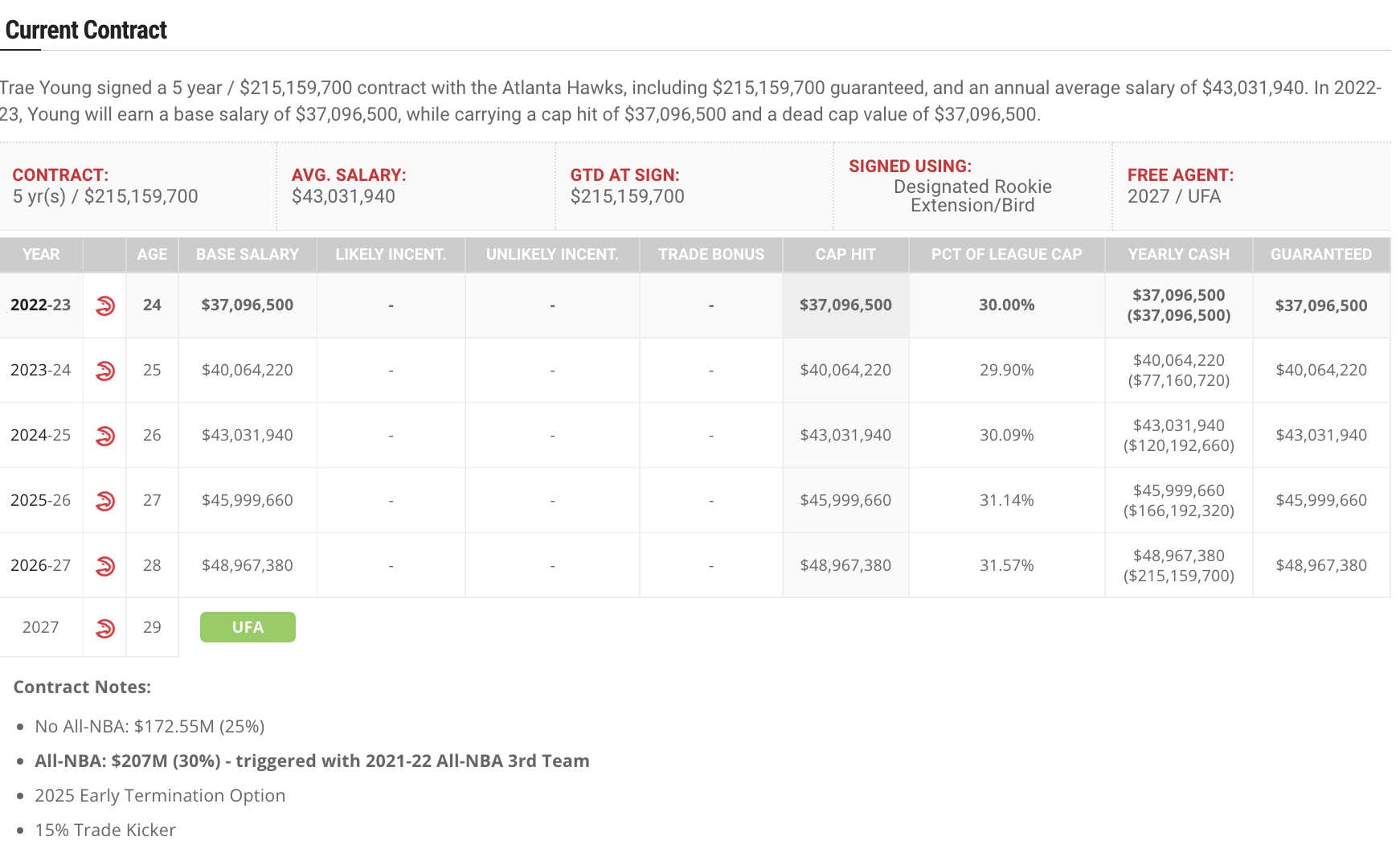 At some point, the owners are going to do something about the fact that they are shelling out max money and max years to players only for them to immediately demand a trade. It also doesn't help that Trae is currently off to one of the worst shooting starts of his career (41/30%) and isn't exactly what I would call a plus defender.

as the Hawks try and find a way to not be in the dreaded NBA "middle" Not quite good enough to contend but too good to tank. That's the worst place you can be as an NBA team and we're now going on Year 2 of the Hawks being stuck there.

So let's play along. Let's say Trae does demand a trade, what does his market even look like? What team has the salary available to make a trade like that that also needs Young's skillset? If he demands a trade this summer, you're using that $40M dollar number, so it's not like there are a ton of options available.

There's maybe someone like the Bulls if they're looking to get out of the Zach LaVine business. The Lonzo Ball issue is real and I suppose they could use an upgrade at the point guard spot and LaVine is in the exact same spot in terms of his extension 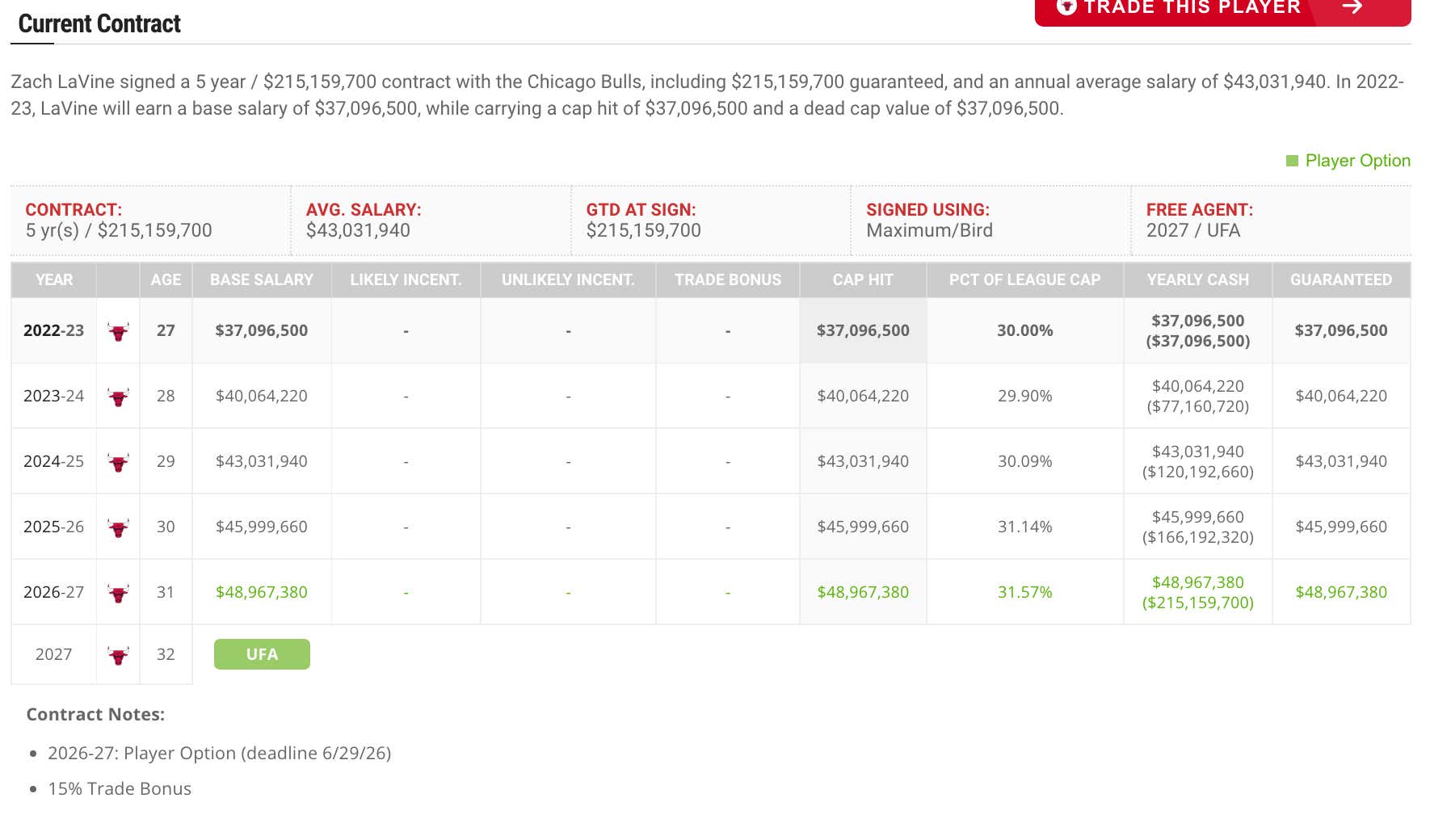 The Hawks could use some shooting/wing help so in theory this swap could make some sense if both franchises think a change of scenery is needed for their franchise players.

I think most people would probably say the Knicks because they are always star hunting, but I don't see the need. Jalen Brunson has that position locked down at nearly half the cost. Plus, the Knicks just learned their success is rooted in elite perimeter defense. That's not exactly Trae's strength.

I thought maybe the Wolves could be an option by using DLo's money, but he's an expiring $31M this year so they're probably out. Could this be a potential CP3 replacement? Could something like CP3 ($30M)/Shamet ($10M) and picks get it done? Would the Hawks even want that? Maybe they take Ayton instead of CP3 since there were rumors they were in on Ayton this summer and Capela is getting older.

Toronto could probably use a point guard upgrade, but even if they wanted to include Fred VanVleet (22M player option), you still need to come up with a bunch of money. OG's contract makes sense money wise, but there's no way the Raptors give up both FVV and OG for Trae is there? Or maybe they would if they think FVV is cooked. For an offense that needs some shot creators, Trae does fit that bill.

The tough part about this is the fact that the Hawks gave up multiple unprotected picks to bring in Dejounte in an effort to help Trae's perimeter defense, so to then turn around and demand a trade would be pretty brutal. If you're someone who wants to trade for Trae Young, you sort of have to be willing to cater your entire offense around him. Of the teams that could do it, who is willing to make a drastic change like that?

That's why at the end of the day I can't see Trae being traded. It sounds crazy to suggest he wouldn't have a market, the dude puts up 28/9 on a nightly basis, but it's complicated given his salary and his play style. When he's on, Trae Young is for sure one of the most exciting players in the league offensively

and he has shown the ability to come through in big moments in the postseason. It'll be fascinating to see how this all plays out, because one thing I think we know is that the best way to turn around your season isn't exactly the star player demanding a trade. Maybe instead of running from the grind, do something about it and improve.