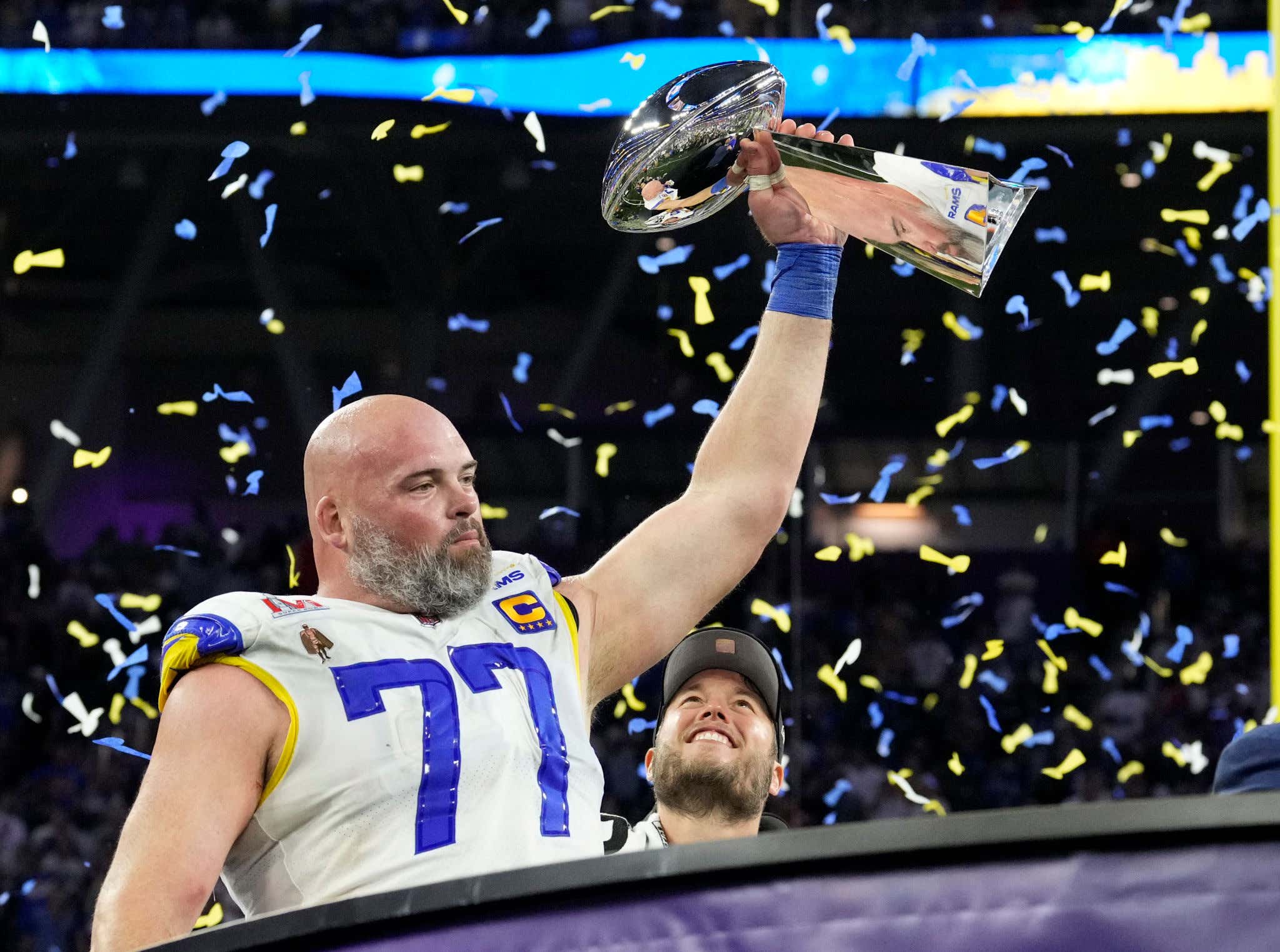 We have seen a handful of athletes announce their retirement before, only to change their minds and get back on the field. Could we see Andrew Whitworth joining that crew? Our guys asked that question on today's show…

Mr. Commenter: What about… let's put our cards on the table here. We've got, you know, really two weeks left before the end of this year. We got the playoffs starting up in January, if a team goes down a left tackle and they say, "Hey Andrew, I've got $15 million for you to suit up for a playoff stretch." Let's just say, hypothetically, it's the Lions, we hope it's not the Lions, because we like both their tackles, but if the Lions are getting in the playoffs and they're like, "We need some help on the offensive line," are you picking up that call?

Andrew Whitworth: Oh man, ya'll are going to get me beat up when I get back to the hotel by my wife. But you know what? I might pick that call up. No, here's the thing…

Andrew Whitworth: It'd be very selfish, but when I actually ended my career, we did the research on it, I'm pretty sure Jeff Saturday is the winningest offensive lineman in NFL history. He won the most games starting of any offensive lineman, and I think I finished like one game or two games behind him.

Mr. Cat: Yeah, but he should count as a coach.

Andrew Whitworth: So, the only thing I've actually thought about during this whole time was I'm like, "Dang, would you want to go try to get that record?" Just because, it takes a lot to get there, right? One, you got to have health, two, you got to play on winning franchises for a long time to be able to get there. So, it's not like something that's going to come up every year somebody's going to beat. So, that's the only one that still kind of sits there and I'm like, "Man it would be fun to go be a part of that." But, I don't think so, I'm enjoying what I do.

Andrew Whitworth: You know, hey, you know what, Amazon's done December 29th, so technically, I can have a week to join a team, get in shape, you know…

If Andrew Whitworth returns for a playoff run, you heard it here first. Be sure to check him out tomorrow night for TNF on Prime for a game with actual playoff implications… JAGUARS VS. JETS!