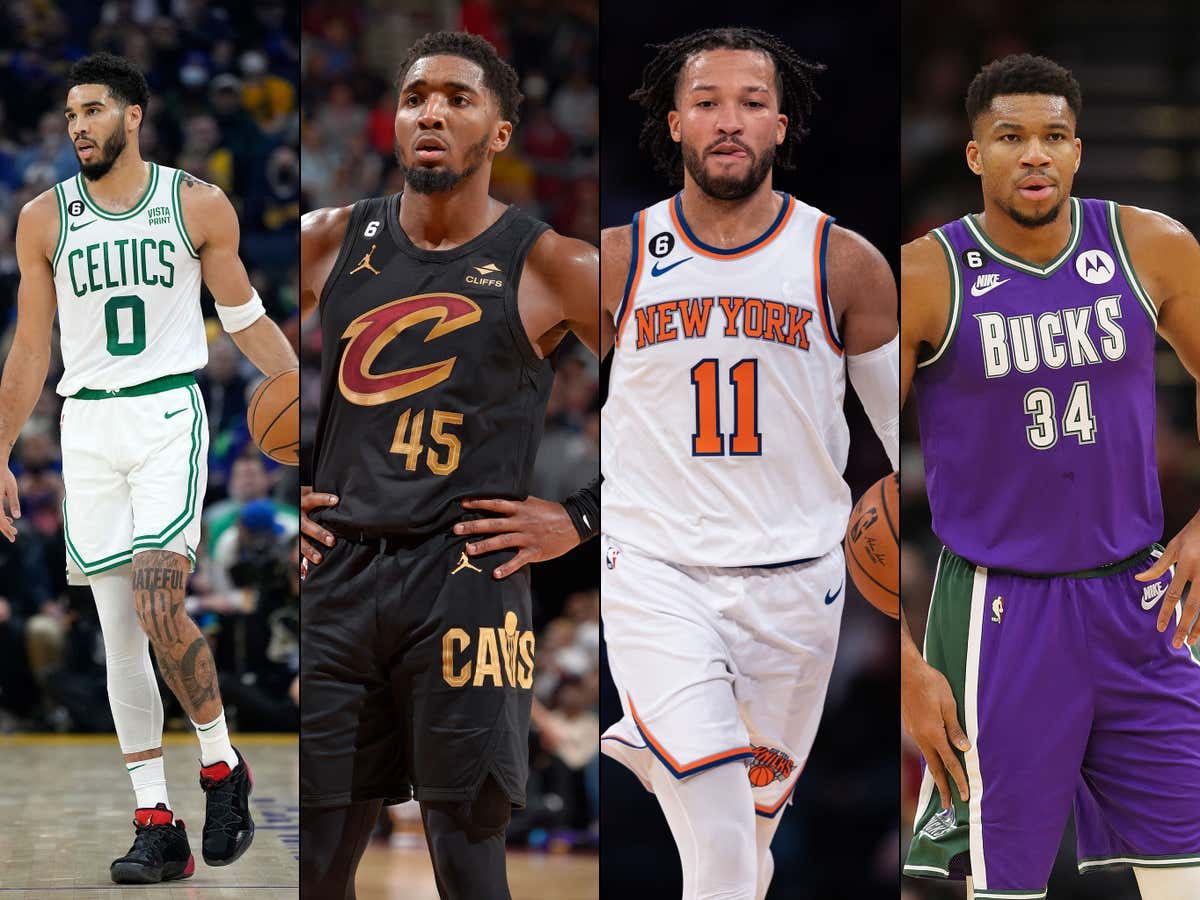 One of the longest tenured debates that exist when it comes to the NBA has to be East vs West. Which conference is better, which is deeper, things like that. For years it always felt like the West reigned supreme in that debate. I mean, in just the last 12 years 7 of the 12 champs came from the Western Conference. When it comes to the MVP, since LeBron's back to back as a member of the Heat, 7 of the next 9 MVPs came from that conference.

Just last season we saw four different teams finish with at least 52 wins in the West. Only one team managed to do that in the East (MIA). The Wolves ended up in the Play In Tournament despite being 10 games over .500 (46-36) which would have been a top 6 seed in the East.

This year? The power has shifted East and I don't think it's even a debate at this point. So far this season the East is not only showing to be the tougher conference, it's actually turning into a bit of a powerhouse. When you see how things look as we enter today's games, things are pretty nuts 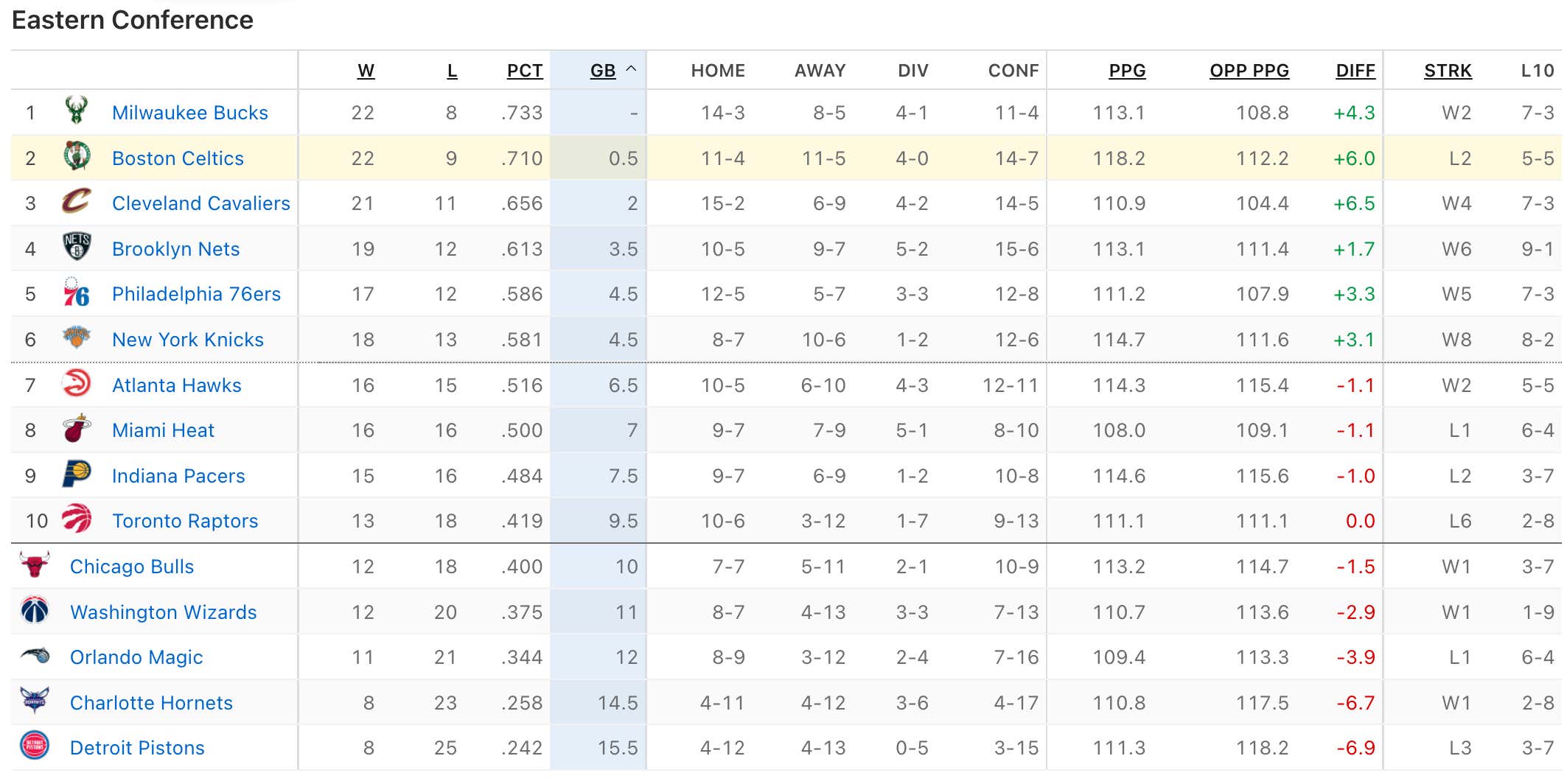 Every team in the top 7 minus the Celts is on at least a 2 game winning streak. With MIL/CLE playing tonight and BKN playing GS, we could have a situation where there are at least 4 teams that have at a minimum 20 wins on the season. If the Cavs win tonight, that would make 3 separate teams with at least 22 wins. If you were curious, no team out West has more than 19 (DEN). Think of how crazy it is that a team like the Knicks who are playing incredible basketball right now can win 8 in a row and not even move up in the standings because everyone ahead of them is also on a pretty substantial winning streak. It just goes to show you how well everyone in the conference is playing right now and barring injury, why should that stop?

It's more than the records though. In terms of league ranks, it's the East at the top basically everywhere you look

With a few of these categories like overall defense, the East owns the top 3 spots (Cavs, Bucks, Sixers). If you also look at the longest winning streaks the league has seen so far this season, it comes out like this

If you look at how many times a team has won at least 5 games in a row this year you get a total of 15. Of those 15 instances, 10 have come from an Eastern Conference team. I don't know how anyone could look at all this and argue that there hasn't been a balance of power shift. That doesn't mean the West doesn't have elite teams or teams that are capable of maybe winning a title, I'm just saying the East has more of them. It doesn't really matter who you run into from the East in their top 6, they're all playing at an extremely high level.

Even a team like the Knicks, who I'm sure people will clown and not buy what they're currently doing, needs to be included in that discussion. They've figured out their formula for success and finally got rid of the Kemba's/Fournier of the world in favor of younger and better 3&D players. Brunson has come in and given them exactly what they needed. I think their play is sustainable because the foundation of it is in their improved perimeter defense now that actual defenders are getting real minutes. Nothing about their current run seems unsustainable to me if you watch how they play/are winning, and we aren't even talking about a team like MIA who kind of stinks but also is completely different when Jimmy Butler plays. Compare that to the current 8 seeded Jazz and you kind of see my overall point.

I can't remember the last time there appeared to be such a gap between conferences. The West has owned that matchup for the last 7-10 years it feels like. Those days finally appear to be over, and I'm not sure that's changing anytime soon.