Here's a quick lesson for the kids at home...

1. Messing with an Australian is a bad idea

2. Messing with an Australian with dad strength is a terrible idea

3. Messing with an Australian with dad strength that is in his underwear, on Boxing Day no less!, is basically the dumbest thing ever you can do because I'm pretty sure fighting in your underwear brings out the most savage primal instincts known to man, which is something Aussies can already tap into whenever they want since they are all badasses that live on an island that was originally a prison and remains chock full of some of the most dangerous animals on the planet.

I didn't think I could love this one man gang more for beating the shit out of five blokes with only his knickers on with a sweet ass haircut that must've had these would be robbers shitting their pants. Then I saw the news report of our hero and I think he's my favorite person on the planet.

What an Aussie legend, as the news perfectly described. Just a regular ol' dad waking up looking to go fishing then immediately springing into action and lighting up a couple of blokes looking to steal from him, which has him being called Captain Underpants by his kids and mates. If you can't smile at that video and this guy, you straight up don't have a soul. Or you are one of the cunts (I said it in an Australian accent so it's okay)  this guy touched up 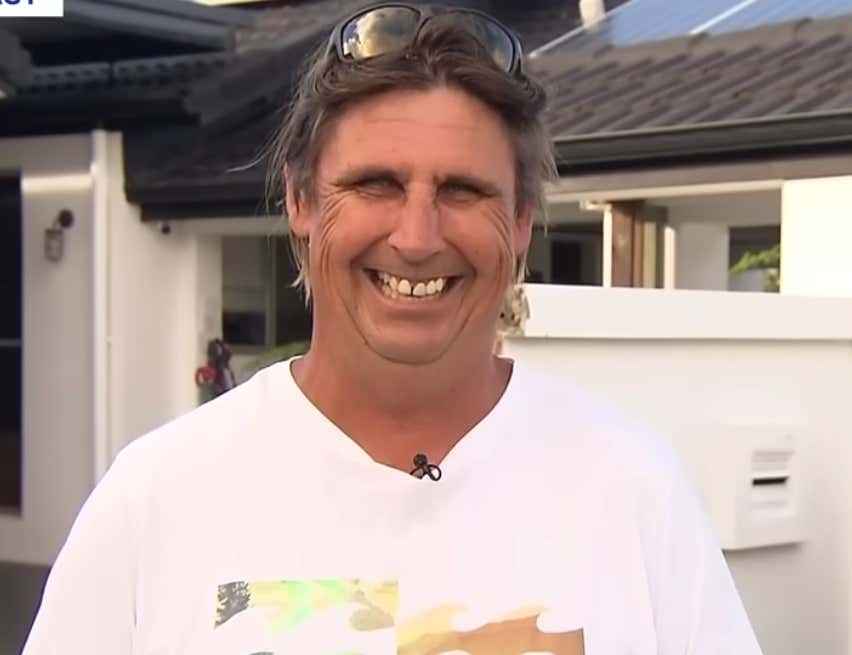