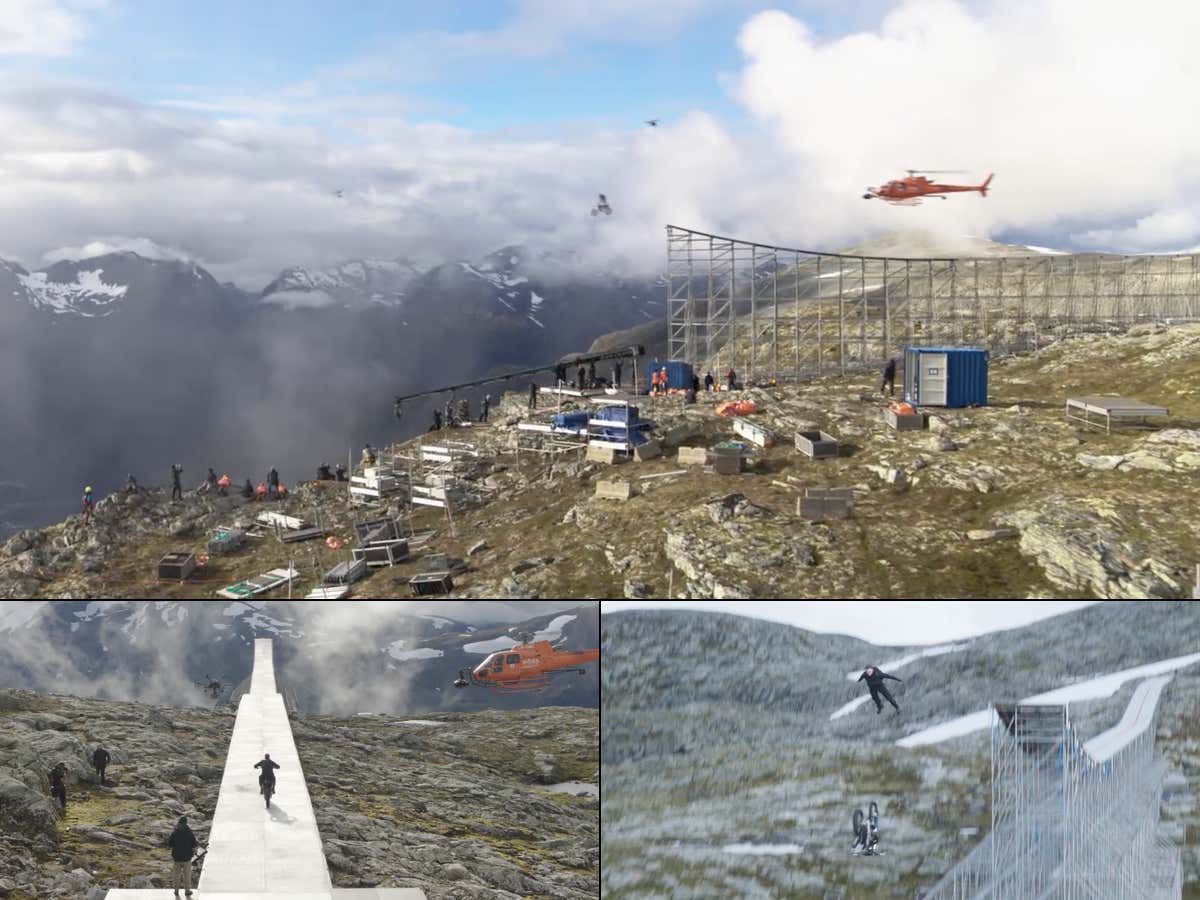 In Tom Cruise's latest attempt to kill himself he's decided to drive a motorcycle directly off a cliff not just once, not twice, but SIX times. The clip below details everything that went into the stunt that's being called the 'biggest in cinema history.' While it's a bit lengthy, it's well worth the watch as our generation's Evel Knievel does what he does best.

Over 500 sky dives and who knows how many jumps off that makeshift ramp, just for the perfect shot. You can have your gripes and differences with Tom Cruise, but you also cannot deny he's one of the world's greatest entertainers in its history. Each and every movie he puts out he's taking his balls to a new level.

Just a few days ago he thanked everyone for getting to the theater and watching Top Gun: Maverick. Of course he did this while falling out of the fucking sky.

Quick side note/1st world problems: How can I fully understand what he's saying while falling hundreds of feet per second but when my doorman gives me a ring I can't make out a fucking thing on the apartment phone?

Back to Cruise, I think we constantly sleep on the fact that this dude is 60 years old and still doing this shit. It was just a little over a year ago where I blogged this video about his face blowing up and was legitimately concerned.

Now he's back to driving off cliffs. The fat face was just a little speed bump in the road before getting back on the saddle.

It's not for show either, clearly these shots drastically improve the quality of the movie. Like if he was making shitty movies but doing all these stunts it would grow old at some point. Nope, every Mission Impossible movie is a banger. Fallout is pound for pound one of the best action movies ever. Top Gun Maverick is a 2 hour and 11 minute edge of your seat thriller that delivers in so many ways. They're spending all this time and effort for what's realistically a 30 second scene? Outrageous and awesome on all levels. He's got some weird shit he believes in, but if you can't appreciate his dedication, passion, and balls for this kinda stuff then fuck right off and go watch one of those silent films that win the Oscar every year.

This account on Twitter went through some of the best stunts he's pulled off and it's well worth the scroll.

Truly the GOAT of life-risking action and balls to the wall entertainment. I cannot fucking wait for the next Mission Impossible movie. Here's the trailer for next summer's masterpiece.

P.S. The day Tom Cruise and Christopher Nolan link up it's gonna be the movie of our lifetime.