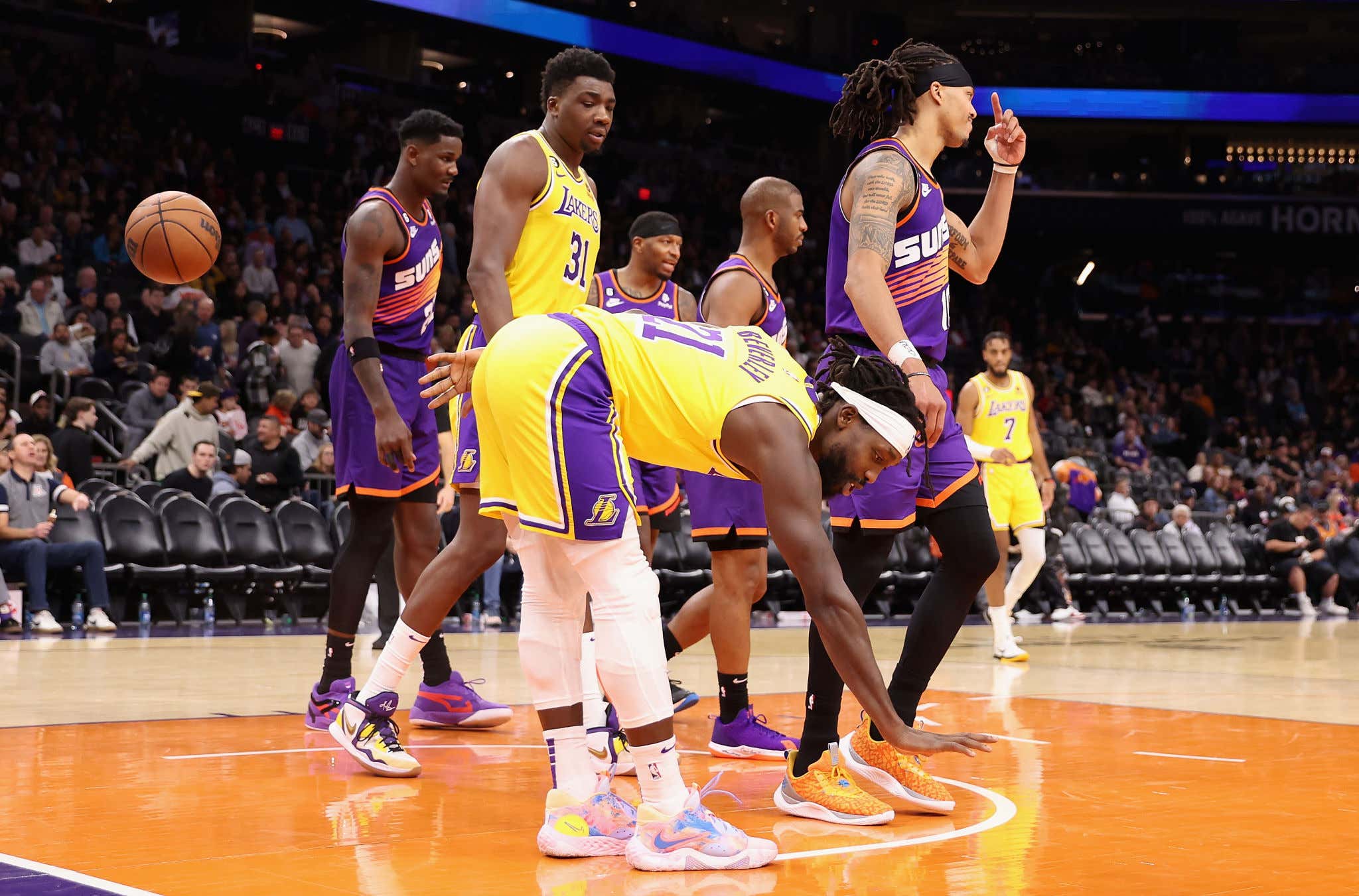 Everybody loves a good grudge. If you say you don't you're lying. It doesn't matter what's happening around you, when you're beefing/holding a grudge against someone that will always take precedence. Some may say that's irrational or silly, but that's how it works.

As we all know, these two have somewhat of a history

I mean, the guy basically did a media tour so he could talk shit about Chris Paul the second his team was eliminated from the playoffs. That's a level of petty you kind of have to respect. In a league where there are a lot of fake beefs and whatnot, I get the sense that is not the case with Pat Bev and CP3.

Why? Just look at what happened last night.

The Suns were kicking the shit out of the Lakers which isn't all that surprising, but do you think that mattered to Pat Bev? Of course not.

There is just something very funny to me about Pat Bev giving Chris Paul the "too small" celebration while also currently losing the game by 24 points. We all knew the Lakers weren't going to win, so you may as well focus on your personal grudge against Chris Paul. I'm sure Pat Bev will be dragged for this, but this is who he is. This is why you bring Pat Bev onto your team. If you told me guess what NBA player would talk shit like this despite getting run out of the gym, Pat Bev would be high on that list, no two ways about it.

I feel like if any other player were to do this, it wouldn't really work the same. But because it's Pat Bev it somehow plays. Nothing like irrational confidence mixed in with one of the best NBA grudges we have going. The Lakers season is pretty much over anyways now that AD is about to miss about a month (or more) with his foot injury, so why not have some fun like this.

If I could as for one thing, I need Rone to ask Pat Bev about this on their next episode. What's his mindset during a play like this. is it really "fuck Chris Paul" over everything? Does he care that he'll be dragged by the internet since his team was down a billion? Make sure you're subscribed to find out