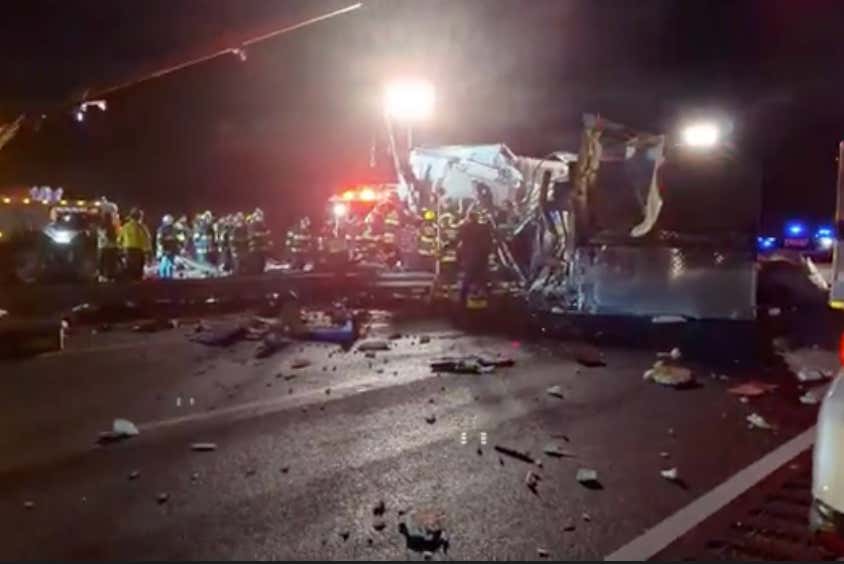 News 10- GREENSVILLE COUNTY, Va. (WAVY) – The driver of a tractor-trailer was charged after an overnight crash that spilled 40,000 pounds of meatballs across Interstate 95 in Virginia.

Virginia State Police confirmed they responded to the crash scene on I-95 southbound in Greensville County around 12:30 a.m. on Friday.

The investigation determined the tractor-trailer, driven by Al Stenford, ran off the road, overcorrected and struck a guardrail. The vehicle jackknifed, causing the trailer to detach. The driver of another tractor-trailer, also traveling southbound, couldn’t avoid the trailer and crashed into it.

Madone ! What a shame. Foodies everywhere were distraught which is where I first saw the news:

Having worked for a short time in the logistical world aka booking trucks or freight across the country, this is a pretty common occurrence of trucks crashing or spilling contents all over the road. It always seemed like it was the "load" or "shipment" you had a difficult time covering, or was super important to arrive on time, or one of the first shipments with a new customer. Which always led to a nightmare of a phone call from a driver you overpaid which you then had to have a nightmare conversation with the customer rep knowing they would have to have a nightmare conversation with customer. As well as the entire desk breaking your balls.

The other thing that often happens in the logistical world was a truck breaking down and needed to figure out a way for another company to take over the shipment from there. In short, the new truck would latch the trailer part with the goods and drive it the remaining miles to the delivery. One day a new kid, Sparky, booked a truck that went MIA for 2 straight days before he got an update that it was broken down somewhere in Maryland and needed to go to Florida. I found a guy to take over the shipment but he had to drive a bunch of hours to get there. I would check in at night when the new company took over the shipment. It's like 11pm and my guy shows up and can't find exactly where the trailer was parked. I had to call the old driver in a Red Roof Inn and play a game of describe the area of a truck stop in Maryland I have never been to, to the new guy trying to find the truck. That was a fun night.

Got me to thinking to wrap it up…What would be the truckloads of food or drinks that spilt on the road that would make you be upset such a good food went to waste?

I'll do mine (and Christmas week has an impact) :