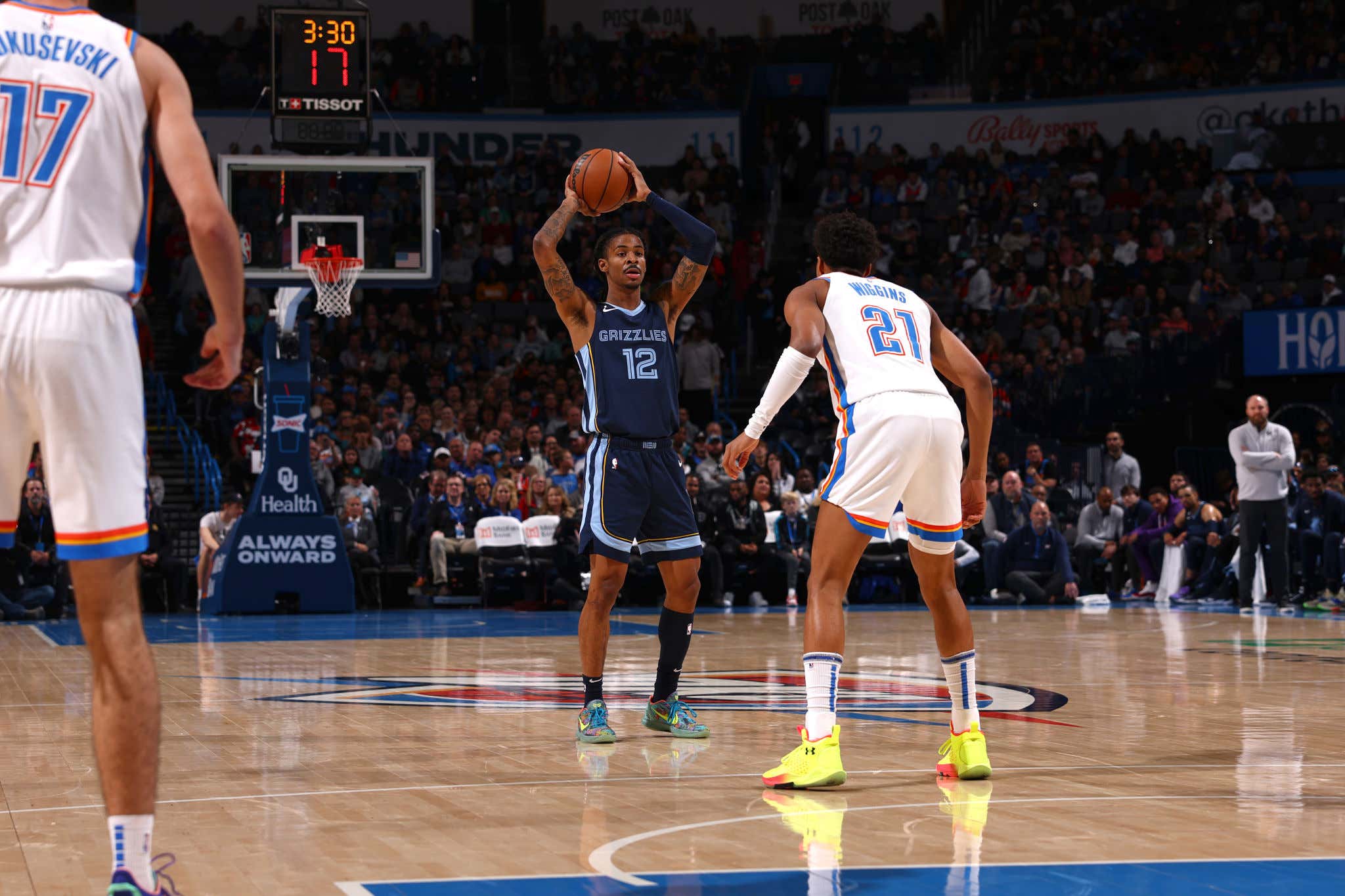 Just 4 days ago I wrote a blog about how the NBA's officiating was stuck in the gutter after Luka Doncic got tossed for yelling at his own teammate. If you missed that play, it was fairly insane

The sad part was, it was just the latest in a long list of examples of NBA officials displaying extreme cases of ineptitude. How could we also forget what they did with Jayson Tatum, who was given a tech for…clapping

Well folks, here we are again. Just 4 days later and another instance of NBA refs acting like complete morons. The victim this time, is nonother than Ja Morant

I'm not even trying to be funny or make a joke here. What the hell is going on? How on earth can anyone justify throwing Ja Morant out of the game like this? He didn't run into the stands and punch a fan in the face. Now players can't even talk to fans who are without a doubt talking shit? Don't even factor in that Ja Morant is literally one of the biggest stars the NBA has, this should be an ejection for any NBA player. I need Adam Silver to explain to me how this helps his product. This game isn't over, it's not like we're in the final seconds of the 4th quarter. There's an entire half to play!

The annoying aspect of all this is that official won't be held accountable for something like this. The league isn't going to give a shit. After the game when the crew chief is asked about this, he'll come up with some bullshit like Ja violated some rule that isn't even real. A Respect The Game move or something that everyone with a brain knows is a complete crock of shit. Every other day we're now getting situations like these, and yet the league does nothing. It's almost as if they enable it. Imagine fans coming to the arena to see Ja Morant? Why would they do that? May as well throw him out for literally nothing!

It sucks for the people who paid hard earned money who maybe don't get to see Ja Morant ever play in person. Does Adam Silver care about that person? No. No he does not. How embarrassing for a league that certainly cares about the perception of their product. Clean it the hell up already.