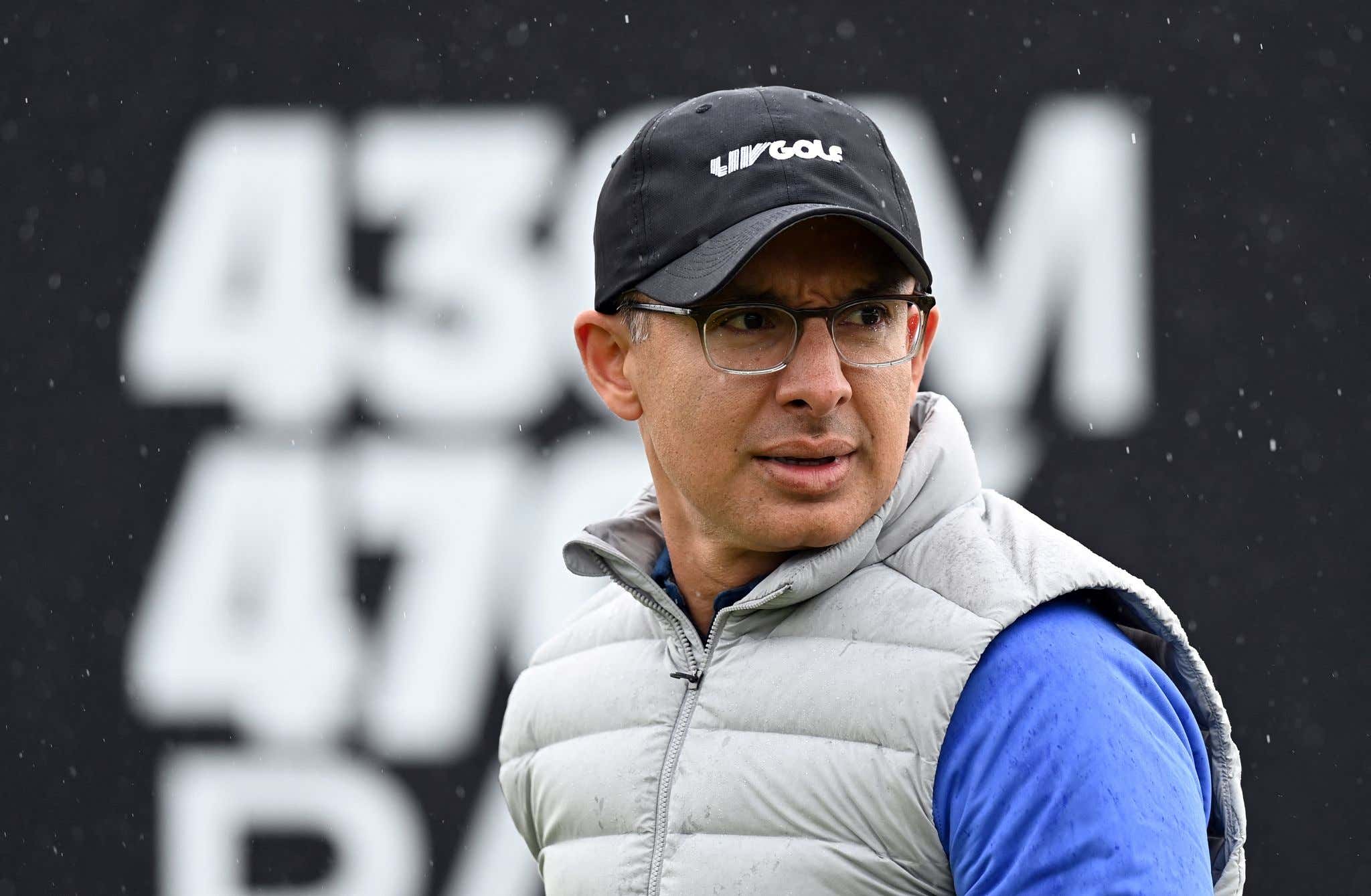 Atul Khosla left an executive gig with the Tampa Bay Buccaneers in December 2021 to help guide LIV Golf toward financial viability. As chief operating officer, Khosla was tasked with creating a business model that would eventually help Saudi Arabia's Public Investment Fund recoup the billions of dollars it spent to lure top players away from the PGA Tour.

But after just one season in that role, Khosla is out.

The New York Times reported that Khosla resigned shortly after LIV completed its inaugural season in October. While no reason was given for his decision ("Atul decided to move on" was the official statement from Greg Norman), it's worth noting that LIV Golf still has not announced a television deal—all eight LIV events last year were shown for free on YouTube, to mostly modest audiences—and multiple reports have suggested that LIV will need to pay to get its product on linear television. No LIV events have announced any corporate sponsorships, either, nor has the league itself announced any partnerships.

Again, the reason for Khosla's departure is unclear. Perhaps he decided the stress of working for such a lightning rod wasn't worth it. He could've had a fundamental difference in opinion with the higher-ups. Or, it's possible he saw no realistic path to profitability. Which, Khosla maintained, was always the goal. He vehemently rejected the notion that LIV was a sportswashing exercise.

“If you look at the investment portfolio of our primary investor, PIF, they have invested all over the world in incredibly large businesses that they believe will be profitable,” Khosla told me as part of a Golf Digest story I wrote in the summer. “Their view of this is no different. That’s the expectation that we have from our board.

“Like any other startup, do we have upfront costs to get the product off the ground? Yes, we do. And it is no different than a burn rate that an Uber may have or any other startup tech might have to get the product off the ground with a vision of disrupting the space. We are fortunate, of course, to have an institution that has the patience to be able to go through this methodically and in the right fashion.”

LIV succeeded in signing a number of big-name golfers to contracts, including Dustin Johnson, Phil Mickelson, Brooks Koepka and Cameron Smith, but the startup league was plagued by controversy in its first year. CEO and commissioner Greg Norman has been at the center of that controversy, and recent reports claimed LIV planned to have Norman step aside and bring in a more seasoned and traditional executive to guide the organization as it launches its 14-event LIV League in 2023. Majed Al-Sorour, the chief executive of Golf Saudi, denied those reports and expressed confidence in Norman moving forward. Both Rory McIlroy and Tiger Woods have called for Norman to step aside if the PGA Tour and LIV are ever to make piece, only for Norman to declare that he "pays zero attention" to what Woods and McIlroy say and insist that he's going to be "with LIV for a long, long period of time."

Khosla was the chief corporate development and brand officer with the Buccaneers before leaving for LIV and served as the chief operating officer for the MLS' Chicago Fire before that. He is the second high-ranking executive to walk away from LIV. Sean Bratches, a longtime executive for ESPN, resigned from his post as LIV's chief commercial officer in May after Norman answered a question about the Jamal Khashoggi murder by saying "we've all made mistakes."

LIV is expected to kick off its second season in Mexico on Feb. 24.