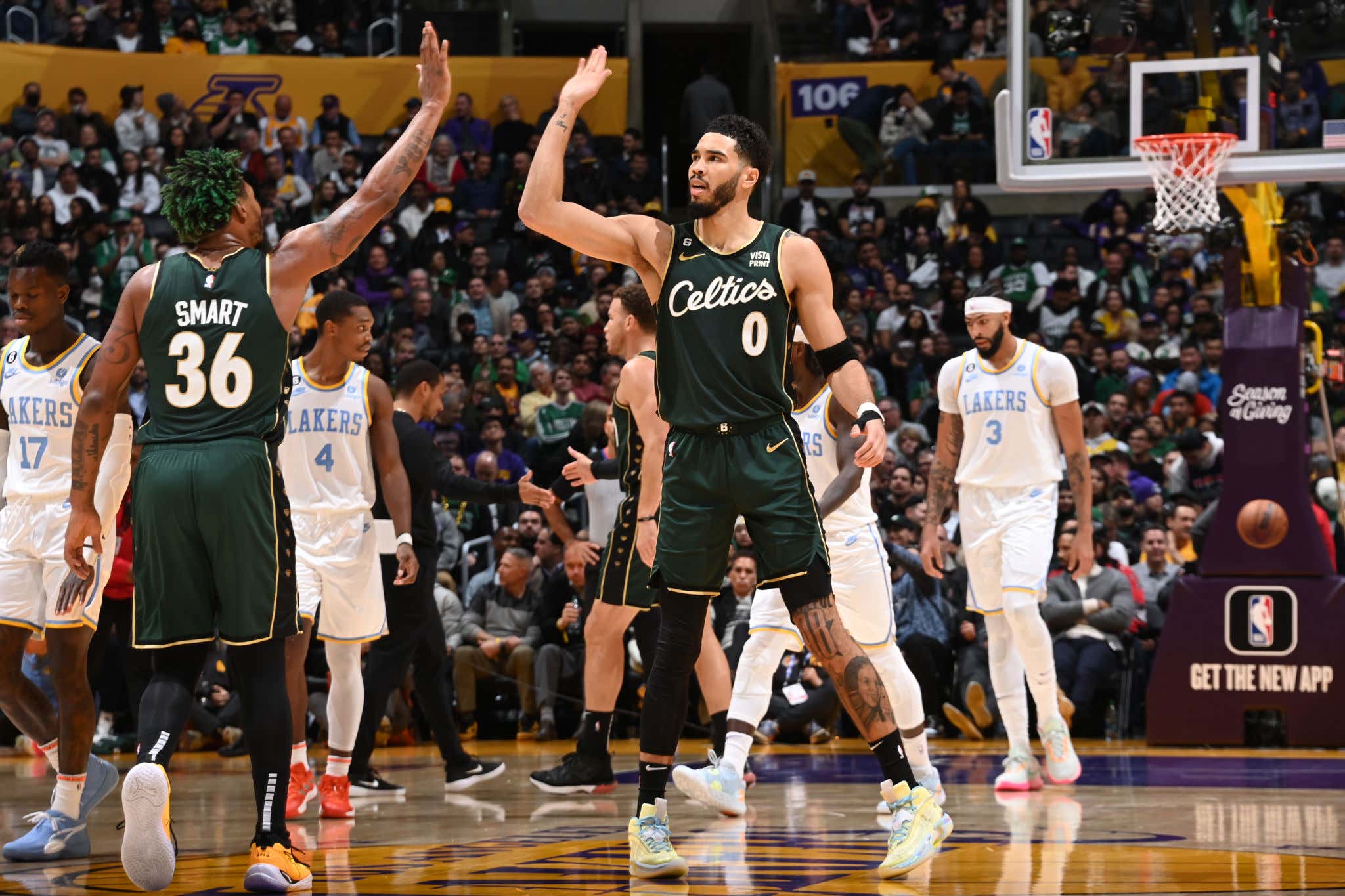 For the first 25 or so games of the Celts season, you basically didn't hear a peep about them on the national networks. In previous seasons that would have bothered me given how great their start has been, but I've matured. I know what I'm watching, and I don't exactly need the talking heads at ESPN who for sure have only watched 5 seconds of Celtics basketball to confirm that this team is elite. We all have eyes. I can't imagine people were maybe iffy on the Celts team but then heard Stephen A say they're good and that changed their mind.

As things tend to do over the course of an 82 game schedule, there have been some ups and downs. Before taking care of business against the Lakers last night, we were in a down period. Back to back brutal losses to the Warriors and Clippers brought out these national media talking heads for all the wrong reasons. We heard Jayson Tatum wasn't "clutch" or didn't have the "it factor". People called the Celts frauds because god forbid they lost a basketball game or two. Were they terrible in those games? Absolutely. Did people who had been silent all year suddenly lose perspective? You betcha.

Which brings me to what happened today with Richard Jefferson, who is quickly becoming a professional hater. After completing a 6 game West Coast trip in which they only had Al Horford for one (1) game, the Celts went 4-2. Going through a 6 game stretch (that included 2 B2Bs) where the Celts played on both coasts against BKN/TOR/PHX/GS/LAC/LAL and coming out of it 4-2 is a successful trip no matter how you slice it. Especially down 2 starters. It wasn't perfect, it wasn't without bad moments, but overall? It was a success. They left with the best record in the NBA and returned home with the best record in the NBA.

According to Richard Jefferson, that's not a success. In fact, it's actually a "terrible" road trip

There is just no way he truly believes this. It's professional hating at its finest. Frankly, things were much better when ESPN and the like simply were ignoring the Celts because they were so dominant. Shoutout Zach Lowe though, at least he showed he has a brain. I also would have added that last night was also on a B2B, but I think Lowe got his point across well. I understand that usually we only hear from ESPN when things with the Celts are rocky, but this is your classic example of trying too hard. There are a million things to talk about in regard to this team, that's how you can tell this take is so forced. It's sad really.

But hey, it got me to write this blog, so maybe I'm the sucker. I'll own that. It'd had just been a while since I've had to hear ESPN spew some bullshit that makes no sense and just some random Celtics slander. Maybe just go back to ignoring them. It'll save yourself a lot of embarrassment.