I don't think it's hyperbole to say Nelson Agholor might have saved a life Monday Night. DeVante Parker was in obvious distress after taking that admittedly clean hit from Marco Wilson on the Pats first play. He barely able to stay on his feet. Unaware of his surroundings. Like Apollo Creed just before Ivan Drago delivers the final, fatal blow. And one misplaced shot to his helmet on the next play could have potentially had the same tragic consequences. Or at the very least, had terrible long term consequences.

And Agholor's swift action in the moment is something acknowledged by Greg Jennings, for one:

Which begs the obvious question: Why was it up to one of Parker's teammates to step in and prevent a disaster? Unless Agholor had a dual major at USC I'm not aware of, his field of expertise is running routes, not the identification and treatment of head trauma. Which is supposed to be why the NFL hired enough experts in that field to assign some to every game and identify these very situations. But they either didn't notice the player who had just been, to use the announcerspeak, "slow to get up," could barely keep his feet under him, or metaphorically stood outside the ropes in the corner, refusing to throw in the towel. And I don't know which is worse

A point which was not lost on DeVante Parker himself: 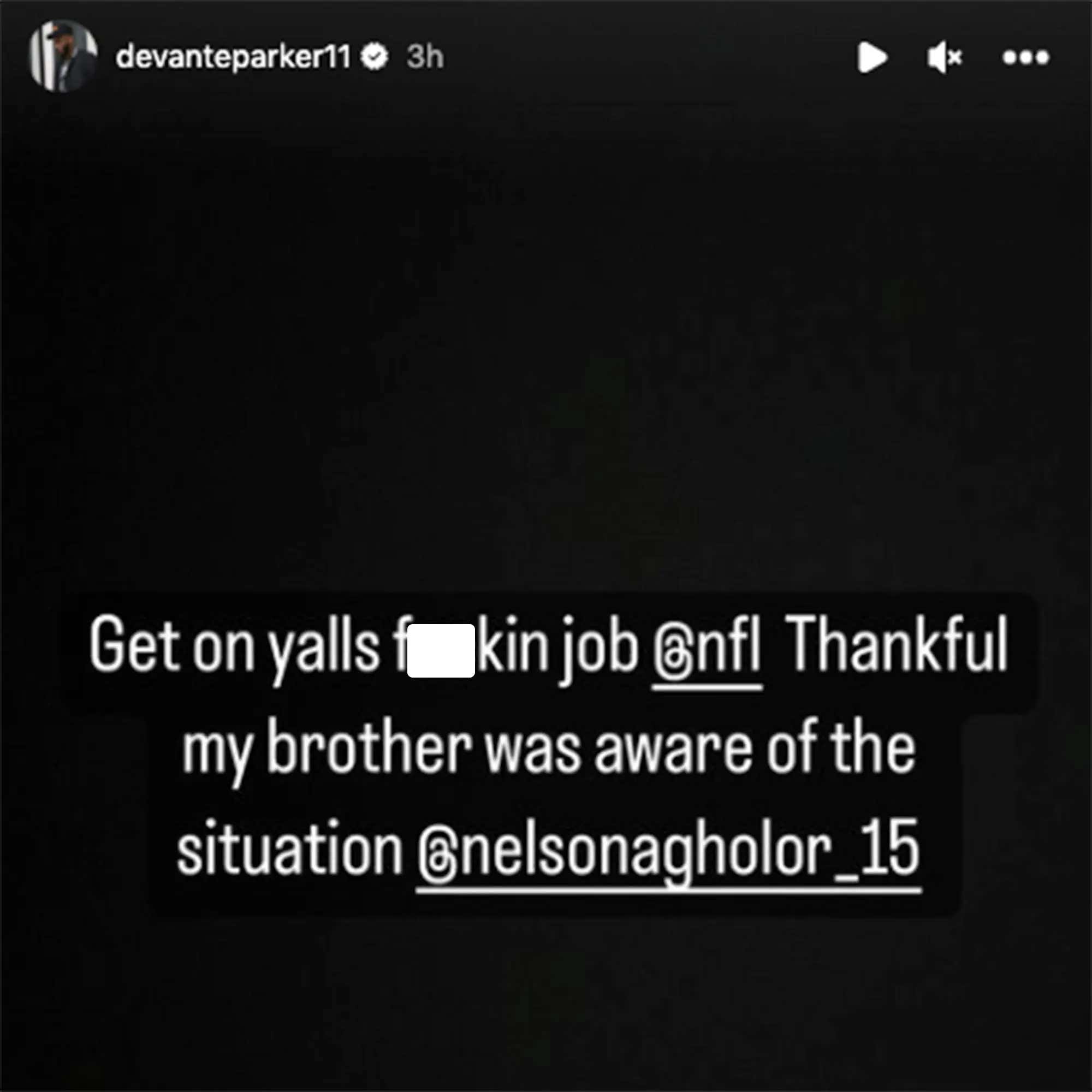 The good news is, Parker couldn't be more right. The even better news is he seems to have recovered enough to be both clear-headed and pissed all the way off at the league for putting him in harm's way the way they did.

Before we go any further, let's be clear about one thing. This is nobody's fault but the NFL's. It's not on players and coaches to notice when one of their own is "wobbly." The league made that very clear when they put this system in place. Insisting they cannot be trusted. One, because they're not trained to recognize the symptoms. And two, there's a natural tendency for them to ignore the warning signs when they present themselves because careers are on the line. There's a financial incentive to play through it. Pressure to win, and all that. So this was going to be handled by the best and brightest the NFL's tens of billions of dollars in revenue could hire. Theirs and theirs alone.

So where the fuck where the fucking experts when a fucking concussed player wobbling around punch drunk on the fucking field, instead of doing their fucking jobs? (Pardon my sailor talk.) Where they focused on some other player? One of the other 21 on the field who didn't just get dropped on their skull buckets? Where they in the bathroom? Checking their phones? Tuning in to an all-new Southern Hospitality on Bravo?

Their responsibility is the literal definition of:

And failed to do it. Utterly. Despite the fact Parker had symptoms that you didn't have to be a professional Unaffiliated Neurotrauma Consultant to diagnose, they failed to diagnose it. A 10-year-old could've noticed the problem. But there wasn't one available. So it took a wide receiver. While the clowns who are stealing paychecks from the league had their thumbs jammed all the way up their butts.

Then again, this has been a Roger Goodell operation from the very beginning. Which means their jobs all along have been to make it look like Ginger Satan is making this problem go away so the country will talk about something else. On that front, it's Mission: Accomplished.

Godspeed to Parker for a full recovery. 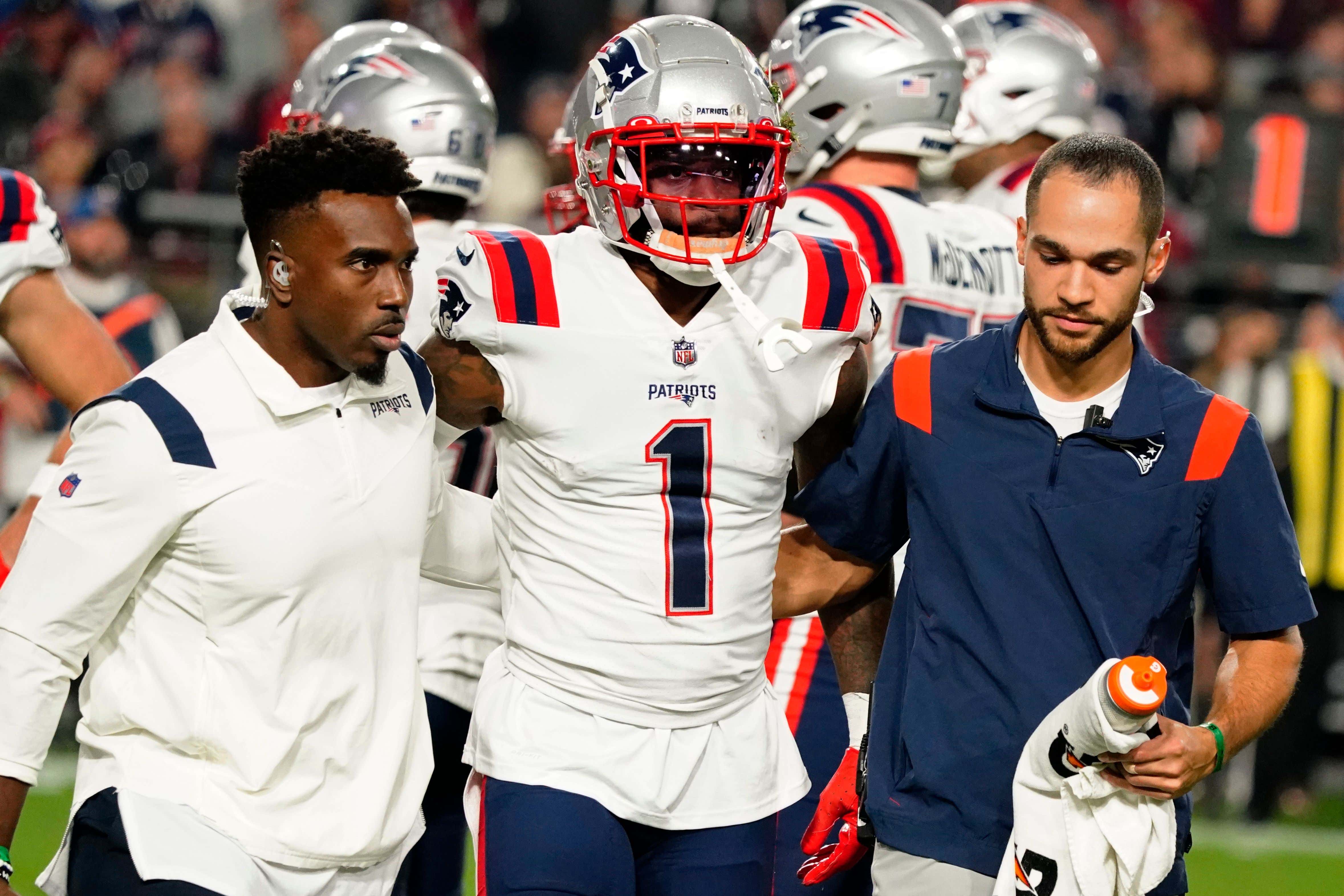