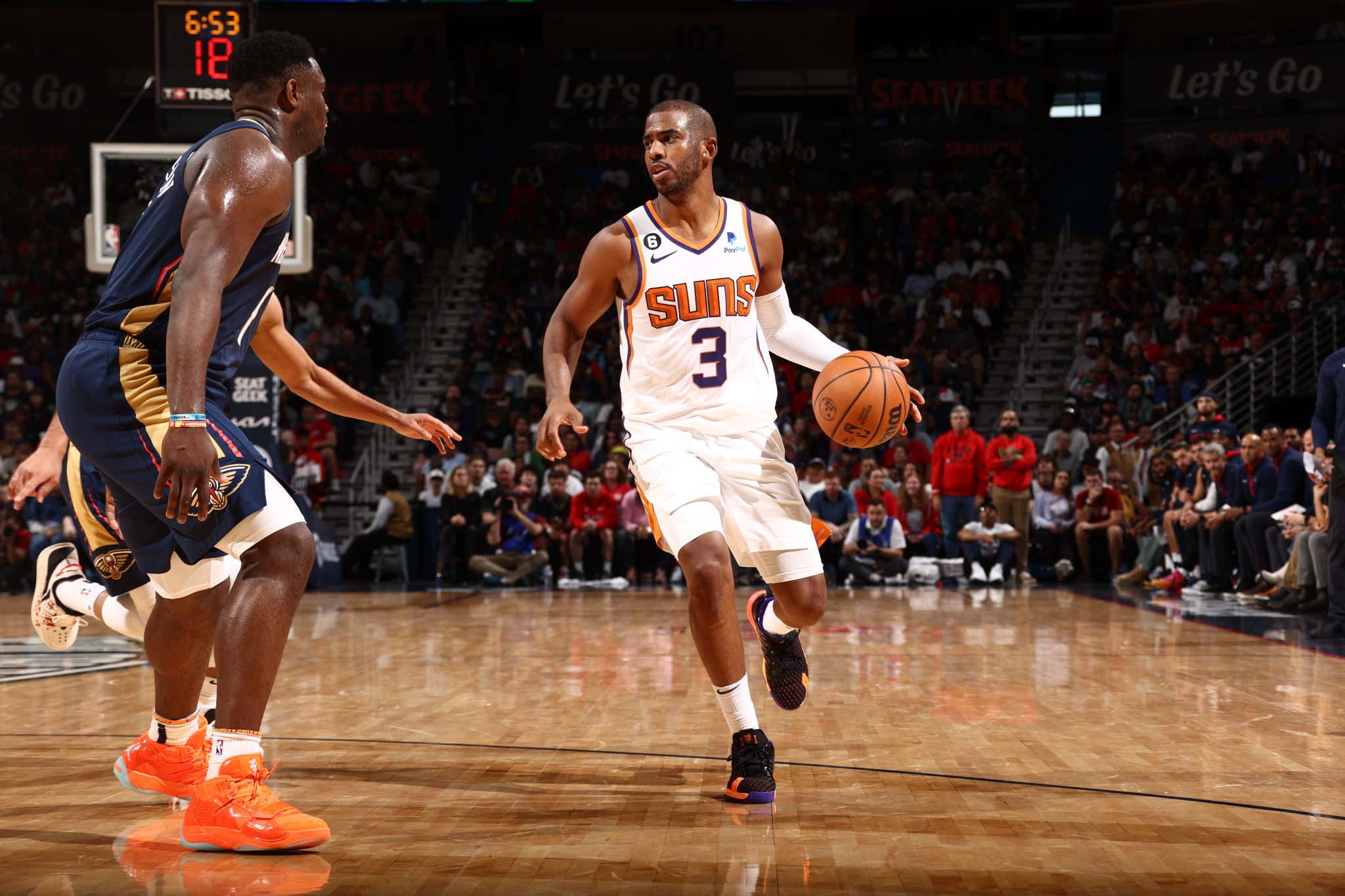 We're quickly reaching a point where I'm not ruling out that the Suns are trolling us all. There's just no way everything we've seen from them these last few days can be real. First, it was Cam Payne & Co crying like babies because Zion pulled off a sick 360 dunk in the final closing seconds on Friday. That will never not be funny to me, especially since Chris Paul was still trying at that point AND the Suns did the exact same thing to the Pelicans in last year's playoffs.

If you remember that game from Friday, you might remember these little altercation between Paul and Jose Alvarado

There may not be a more beloved player in New Orleans right now than Jose Alvarado and for good reason, so you can understand why last night in the rematch while the Pelicans were once again destroying the Suns their fans had a bit of an issue with Paul. In the closing moments of OT, they certainly made their feelings known

This certainly isn't the first time CP3 has been accused of doing some shady things on the court, and if you were so inclined you could find dozens of examples of it on the internet. He and the Suns were getting booed all night which in my mind was to be expected. That's how sports should be.

Well, apparently the Suns weren't done crying about that either.

Is Eddie Johnson claiming the Pelicans were using some sort of "boo machine"? That's some quality hating right there. Sure you're team is getting waxed (again), but why focus on that when you could instead cry about how the boos really aren't that loud and must be fake? What is going on with the Suns/anyone associated with them? It's been fascinating how quickly the narrative is starting to shift with PHX. They went from an awesome story after their 8-0 run in the bubble to one of the best teams in the NBA. They were the model given how dominant they've been these last few years and the style of basketball they play.

But now? Now they cry like entitled children. It doesn't matter if it's the players, the broadcasters, or their fans. I saw a clip of some Suns podcast on my timeline today crying about Pelicans fans being excited and talking shit and telling them how they should act. What the hell is going on?

Listen, I love watching the Suns play as much as anyone and think they're as good as any contender we have in the league. But this is starting to get embarrassing. If you're going to talk shit when you win, like the Suns and their fans do, you have to be able to take it when you lose. That's how things work.

Take my situation for example. You think life is easy for me right now? The Warriors embarrassed the Celtics (again) in what was the biggest game of the year. It was the Finals rematch that every Celts fan had been waiting for, and Tatum & Co shit the bed. With that came all the Warriors fans in my mentions talking shit. You know what I'm doing? Taking it. That's the deal. They can talk as much shit as they want both as the defending champs and the team that came out on top on Saturday night. There's no point in getting upset about it because if the shoe were on the other foot I 1000% would be talking the same type of shit. Welcome to sports.

But for the Suns and basically anyone associated with them, they feel like that shouldn't be allowed. Like they are this high and mighty franchise that is above the Pelicans. Why? Because they made and lost in the Finals? Who's to say the Pelicans don't make the Finals this year? They're certainly talented enough. It's your classic can dish it and can't take it situation, and while the Suns aren't alone in that regard in terms of NBA teams/fanbases, that doesn't make it any less embarrassing.

Again, if you don't want the Pelicans to talk shit, beat them. If you don't want them to boo Chris Paul, don't do shady shit on the court. Don't cry about sportsmanship and fake boo machines. That's just sad and frankly only makes things worse for you in terms of public perception.