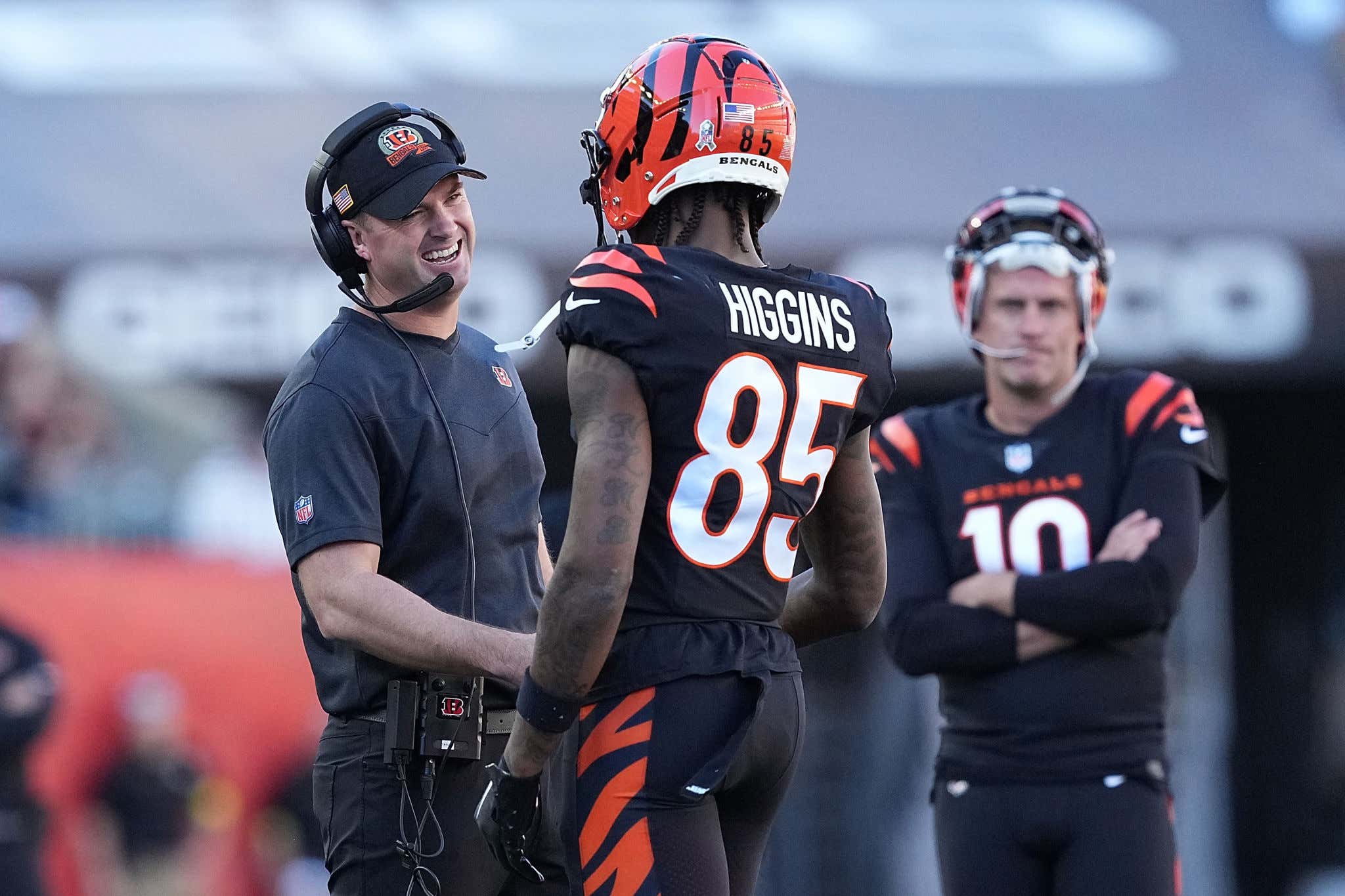 Sunday was a great day for the Cincinnati Bengals. The reigning AFC Champions took care of business against their in-state foe, the Cleveland Browns, Joe Burrow and Ja'Marr chase continued to dominate, and Zac Taylor's squad is back to being one of the favorites to return to the Super Bowl.

While Coach Taylor may be all smiles right now, that is far from the case for Fantasy Football owners who have Wide Receiver Tee Higgins on their roster.

A brief summary of what Mr. Cat explained in the Pardon My Take clip above…

1. Tee Higgins (hamstring) was taken off the injury report on Friday before Sunday's game

2. Tee Higgins played just one (1) snap in Sunday's game due to hamstring issues, despite being taken off the injury report

The crazy part about this story is that the one snap that Higgins played on Sunday was because he SNUCK onto the field!

We know that "Nobody Cares About Your Fantasy Team," but that ban may have to be lifted in this very specific case. These fantasy owners deserve answers!