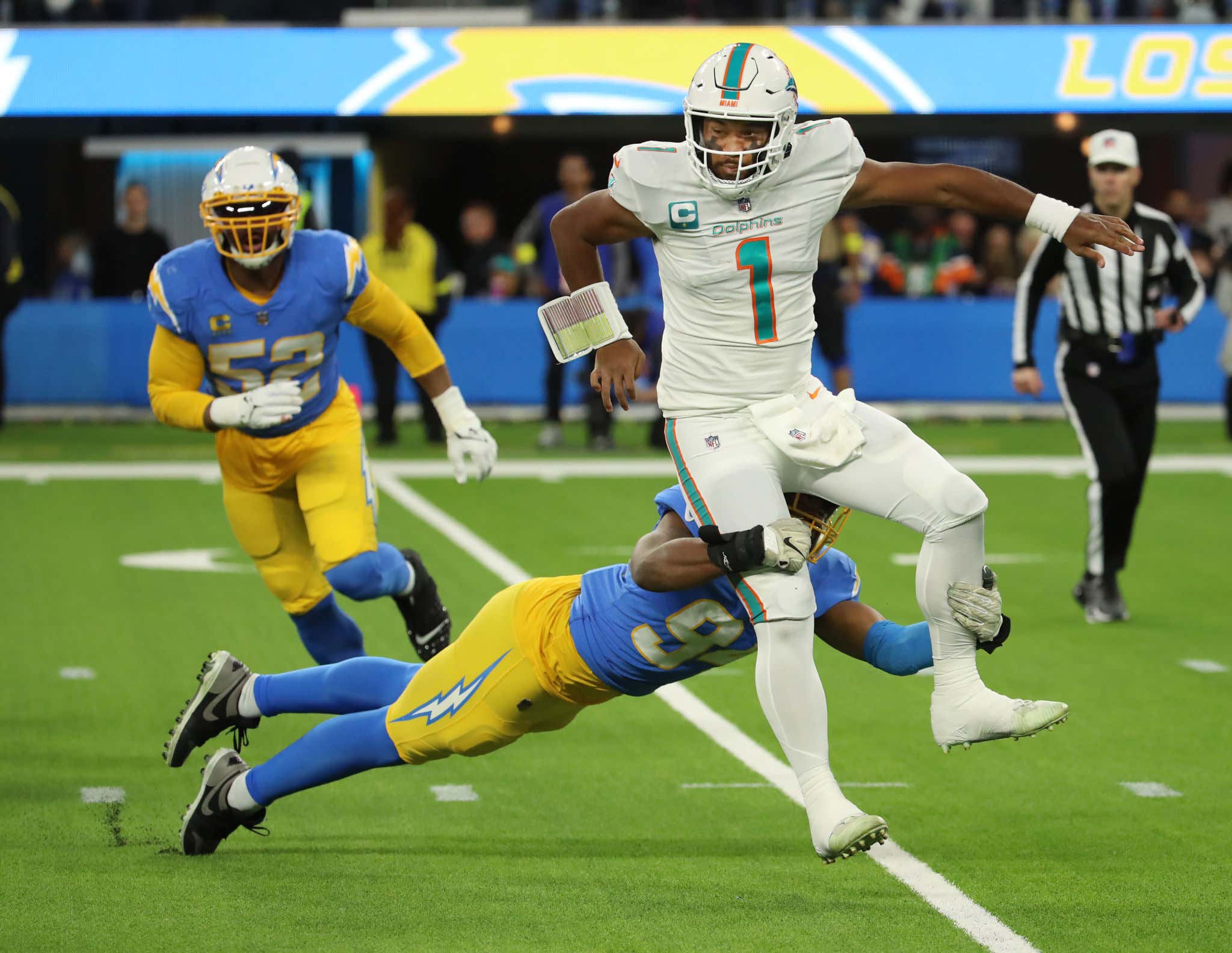 The Miami Dolphins are experiencing another December dive and will once again not make the postseason as the Chargers exposed them as the biggest fraud in the NFL. No team over the last 20 years has been worse than the Dolphins, who have not won a playoff game since 2000, and have made just three playoff appearances in the last 20 years. Over this period, the Dolphins have had several December collapses, with this year being the most gut-wrenching due to the talents of Tyreek Hill and Jaylen Waddle, which are going to waste. Also, it is clear that Tua Tagovailoa is a bust, and the Dolphins are doomed to another ten years of mediocrity as they were embarrassed by Justin Herbert and the Los Angeles Chargers.

To understand how fraudulent the Dolphins are, we just need to see how they built their 8-3 record. They had a five-game winning streak against the Steelers, Lions, Bears, Browns, and Texans. All five teams are under .500 and among the worst in the NFL. When the Dolphins played the Lions, they were scuffling with one win; they have turned it up since but will likely end the season out of the playoffs, like the Dolphins. Sidenote, the Lions are the only other NFL team that has not won a playoff game in 20 years.

In 1993, after their win on Thanksgiving with the help of Leon Lett, the Dolphins lost their final five games and went from 9-2 in first place to out of the postseason with a 9-7 record. That team was ravaged by injuries and had some agonizing losses, including one against the Steelers. They lost by one point after scoring a late touchdown in the final year before the NFL introduced the two-point conversion.

Fans foolishly thought the Dolphins could make the Super Bowl at 8-3, but the last two games against the 49ers and Chargers have exposed how weak this team is. The Dolphins' "explosive offense" was shut down by the Niners and the Chargers. The Niners may have one of the league's top defenses, but the Chargers were banned up and playing with backups. These backups embarrassed Miami, as their first touchdown was a fluke fumble recovery. Their second score came because of the corner stumbling. Michael Davis did not stumble often, as Tua completed just three of his first 17 passes. By the time he hit Tyreek Hill on a 60-yard touchdown pass, the game was out of reach. The final numbers were not much better, as Tagovailoa completed 10-of-28 passes for 145 yards, as the Dolphins did not cross midfield until the game's final drive, losing 23-17.

The Dolphins have no shot to beat the Bills, and will drop to 8-6. The Jets and Chargers each have the tiebreak over the Dolphins. The game on Christmas against the Packers may be their only shot to win as losses will surely follow in Foxboro and the final game against he Jets. This is a disgrace and shows that the offseason should be about landing a real quarterback who could lead the Dolphins to the playoffs, as the 2022 season has been a waste.