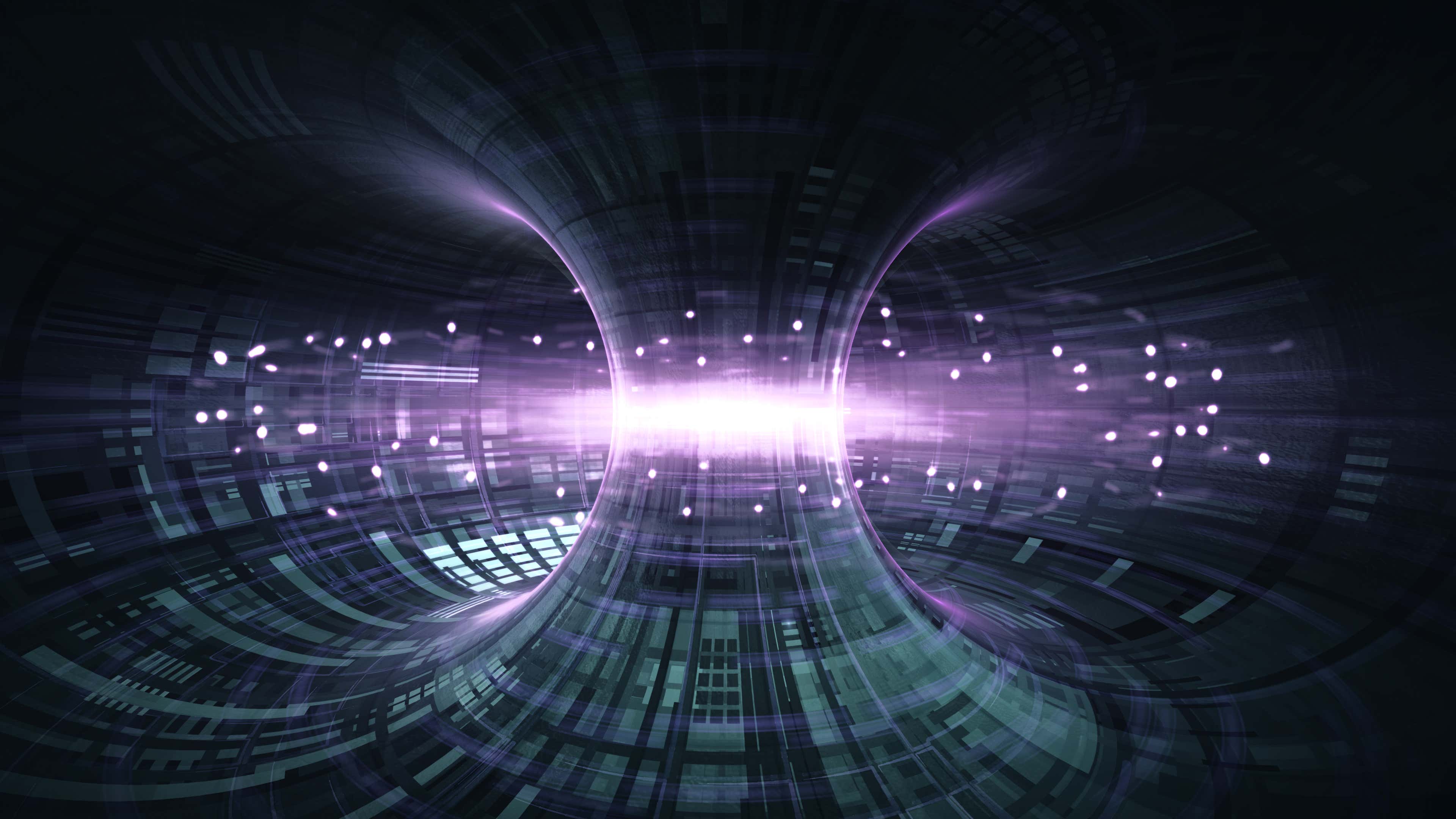 While the likes of you and I have been preoccupied with mundane things like holiday parties, sports, Yellowstone, Pete Davidson's sex life, and investing 10 minutes doing online shopping as a reward to our loved ones for putting up with our intolerable nonsense all year, the brightest minds in the world have continued the relentless pursuit of the most coveted prize in all of physics: Nuclear fusion.

To call nuclear fusion the Holy Grail of science is not only a cliche; it's a disservice to nuclear fusion. The Grail will give you eternal life and clean up Prof. Henry Jones's bullet wound from a Nazi Luger. Fusion would bring nothing less than the most fundamental change the human race has experienced since we climbed down out of the trees and began walking upright.

The shorthand version is that fusion is the process of harnessing the energy produced by fusing two atoms together. As opposed to fusion, which is unleashing the energy created by splitting an atom. Which in places like Chernobyl, Springfield, and the atoll where Godzilla was created, has often had unintended consequences.

Fusion is what Dr. Otto Octavius was going for in Spider-Man 2. The power of the sun in the palm of your hand. With predictable results, giving a man who already has "oct" in his name eight appendages:

To that end, generations of scientists have dedicated their lives to this elusive goal. As German theoretical physicist Max Planck put it, "Science evolves, one funeral at a time." Including, presumably his own, in 1947. (And since one of his sons was killed for his part in a plot to assassinate Hitler, we can rest assured he was one of the good ones.) Though the only reported breakthroughs have turned out to be false hopes. Like the Cold Fusion Hoax of 1989, when two researchers claimed to have recreated the same sorts of nuclear reactions that happen in the heat of a star at room temperature. Which turned out be total bullshit.

Chinese scientists reported a breakthrough earlier this year in which an "artificial sun" burned superheated plasma to 126 million degrees Fahrenheit for 17 minutes. As well as their space agency reporting they found a key mineral for the process on the lunar surface:

But this week has seen perhaps the greatest leap forward to date:

Daily Mail - It could help tackle climate change, speed up a trip to Mars, and relinquish Vladimir Putin's vice-like energy grip on the West.

In short, nuclear fusion would change the world.

And that's why scientists across the globe are rejoicing at news coming out of the US that the 'holy grail' of unlimited clean power is within touching distance.

For the first time ever, researchers are believed to have gained more energy out of a controlled nuclear fusion reaction than they put in.

According to the Financial Times, scientists in California used 2.1 megajoules of energy to create the conditions for the reaction, which replicates how the sun is powered, and from that they received 2.5 megajoules. …

One scientist described it as a 'phenomenal breakthrough' that has come 'just when the planet needs it', while another 'heralded it as a remarkable point in human history'.

'If confirmed, this result is a watershed moment for inertial fusion as a power generation technology,' he told MailOnline.

What would this mean in practical terms? Well, in addition to sparing us from having to run around the globe looking for places where dead dinosaurs might have left enough hydrocarbons to be worth pumping out of the ground and all of us telling Putin to go piss up a rope because his gas station is closed for good, I read somewhere that theoretically, a coffee cup full of fusion material would be enough to power your family home. For about 500 years. Or, if you have kids who leave all the lights on and spend 16 hour days on Playstation like mine did, 250 years. I'll settle for that.

So no more relying on people who hate us just so we can keep warm and mobile. No more comparing gas prices. No more having to drive around with a can of the stuff in the back of your car just so you can mow the lawn. We'll just be living a Star Trek-like future, with technology not limited by energy resources, immaculately clean air, and approximately 93% less reason to wage wars. If that ends up being the result of all this, history may remember this week as the first major step into a brave new world.

Now if you'll excuse me, that's as close as I come to doing actual science. I'll worry about the Patriots on Monday Night Football and leave the discovering to the brainiacs.