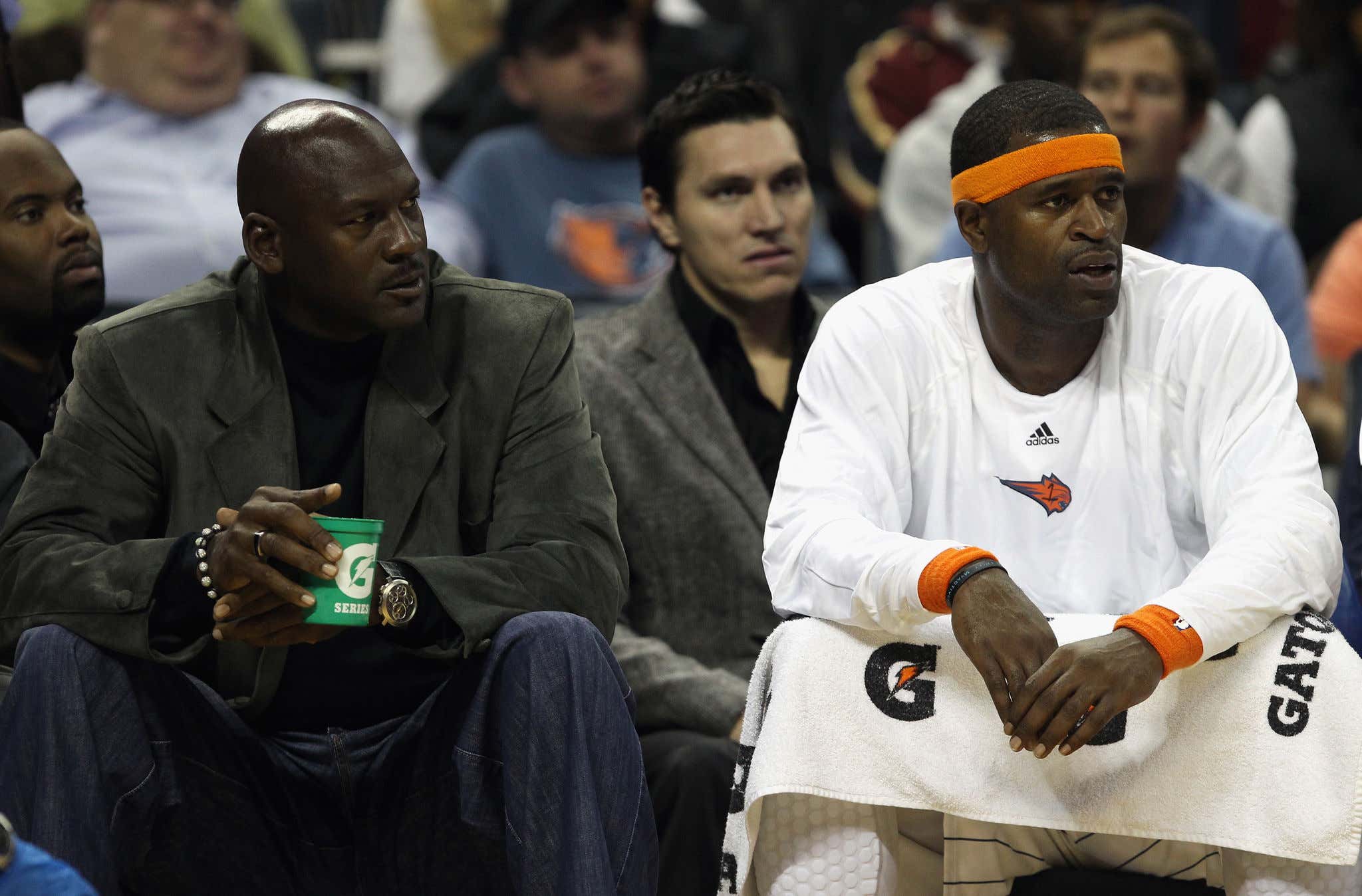 If there's one thing I'll never get tired of hearing, it's stories from former players about Michael Jordan. I can't get enough of them no matter how crazy they may sound. So with Stephen Jackson hopping on Million Dollarz Worth Of Game for their most recent episode, he certainly did not disappoint when it came to this very subject

This is the most believable MJ story I think I've ever heard. Everything about it is perfect. Stephen Jackson talking shit to MJ after a bad loss is the least surprising thing I've ever heard. That's just who he was as a player. MJ then not saying shit at the time and instead internalizing it so he could then immediately demolish all of his own players in practice is also very on brand and why MJ is the greatest. What other owner is doing that? Zero. Demanding everyone take off his Jordans as if they weren't worthy is also a fantastic flex by the way.

It's also not the least bit surprising that once MJ laced em up in practice his team won. I don't care who the Bobcats had on the other team at the time, there's no way MJ was losing that game after all that shit he talked. It doesn't matter that in 2010 MJ was around 46-47 years old, it's MJ! I would give anything for that footage to somehow be released in 2022, I need to see it. Especially because at the time Stephen Jackson and Gerald Wallace weren't exactly players who took any shit. You know they were going back and forth with MJ with some Grade A shit talk, and I can only imagine the hit to their ego when MJ still wiped the floor with them.

If you remember, the Bobcates traded for Stephen Jackson back in November of 2009 from the Warriors for Raja Bell and Vladimir Radmanovic. That team finished 44-38 and did make the playoffs (lost in the 1st round), but it did end a 5 year playoff drought at the time. In fact, since that 2009-2010 season, the Bobcats/Hornets have only one year where they've won more games, and that was 2015-16 (48 wins, 1st round exit). You could make the case that this Jackson team was one of the better Charlotte teams in over a decade and even they couldn't handle a 46-47 year old MJ. I find that to be very funny and very awesome (for MJ).

That Jackson/Wallace duo didn't stick around long since the Bobcats traded Gerald Wallace at the deadline of the 2010-11 season and then Stephen Jackson at the 2011 Draft to the Bucks as they officially transitioned into the Kemba Walker Era, and part of me doesn't rule out that this practice probably played a role in those moves. MJ probably knew right then that this group wasn't good enough to cut it, but then again I wouldn't exactly say the Hornets have flourished since those trades so who knows.

As is so often the case, Wallo and Gillie are tremendous for the entire interview and I can't recommend it enough. Make sure you're subscribed and give the whole thing a watch. You will not be disappointed.