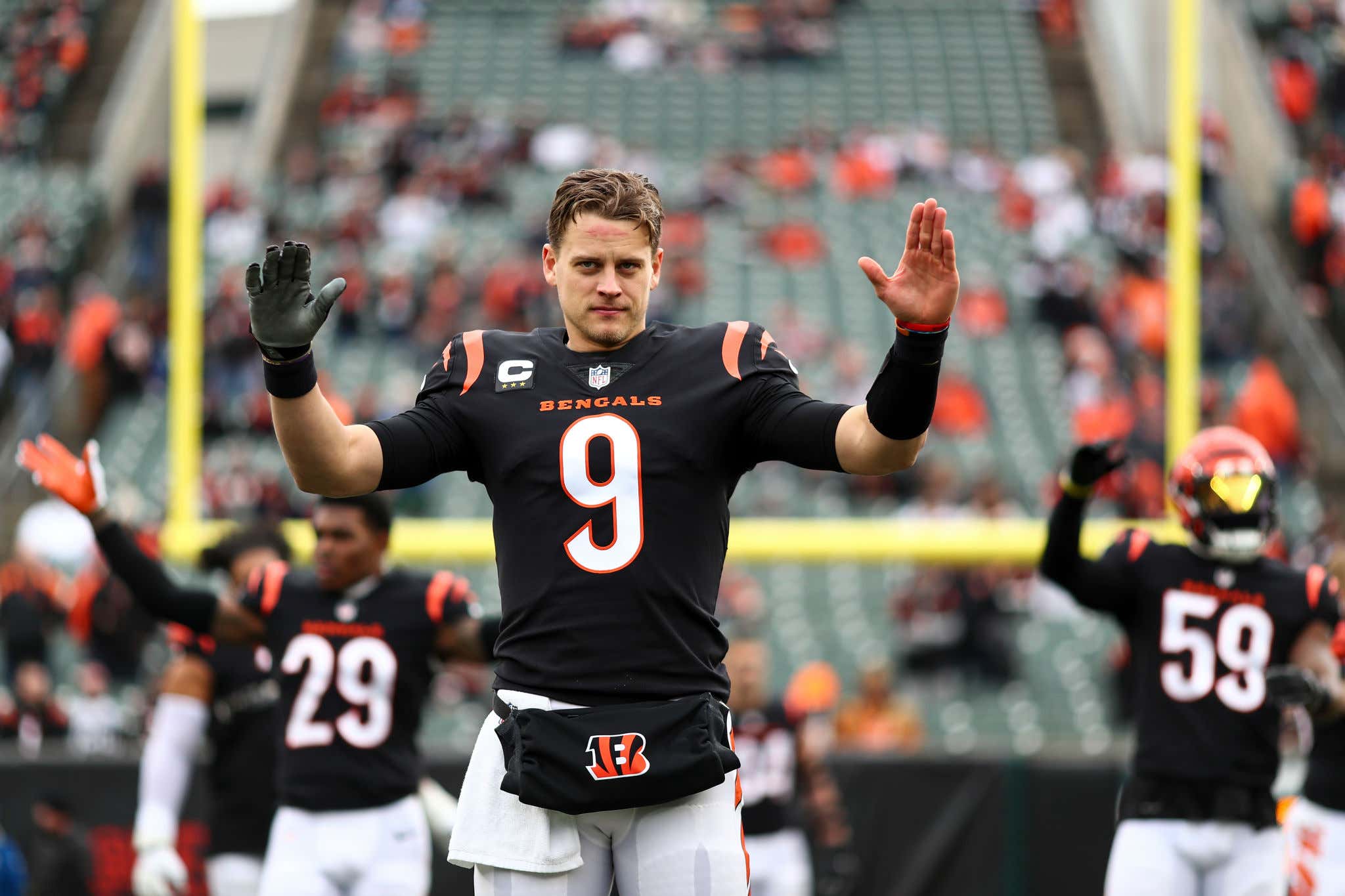 No Tee Higgins. No Tyler Boyd. No problem. That photo above where Joe Burrow is gesturing "HOW BIG" is the approximate size of his…

I have to mention from the jump how well the Bengals' defense played, but let's be honest, the quarterback is the primary tone-setter. Joe had a slow, borderline nightmarish start to Sunday's game. Two of his top weapons in Higgins and Boyd out. Didn't panic. Didn't get flustered. Joe Cool. All that jazz. You know how he rolls by now.

Once Joe Brrr messed around and threw this flea flicker to Trent Irwin in perfect stride despite how wide-ass open he was, you knew it was a wrap.

Yeah, until this year, Trenton Irwin was toiling away on the practice squad. Credit to him for being ready when his number was called on a potential season-altering play.

Seriously, I was thinking to myself until this moment the good guys from Cincy weren't out of the woods. That was in spite of this tight-window dime to Ja'Marr Chase:

I find it so funny that some of the only remaining ammunition from Burrow's haters and cynics going into Sunday was, "OH BUT HE CAN'T BEAT THE BROWNS LOLZ". Yeah OK. What're you gonna say now, y'all? Any bullets left in your collective empty-headed chamber? Didn't think so.

And how delightful and karmic it was for Burrow's maiden victory over the Cleveland Clowns to be in a head-to-head duel with the walking disgrace that is Deshaun Watson. Fuck that guy. Little else needs to be said.

The football gods who decided to steel toe boot kick Cincinnati in the crotch time and again and did so with the Boyd and Higgins injuries — not to mention the one to Ja'Marr before then, among others — at least had the decency to not let the Bengals lose to, as the commissioner of the NFL referred to him as, a predatory human in Deshaun Watson. Thank goodness.

ICYMI, I made an MVP case for Joey B in honor of his birthday yesterday. I'd say other than the rocky first quarter or so to Week 14 and the fact that he had yet another fluky INT off a tipped pass, he lived up to the billing. As per usual.

And that was before this little nugget of news dropped on Sunday:

Tell me any other young QB capable of this. I'll wait.

ANYWAY, all I wanted toDEY was a Bengals win. Didn't matter how ugly it was or what the numbers looked like. Just move to 9-4, move on, and shut the Browns up. Mission accomplished. We're on to Tampa and TB12.

My descent into madness has been delayed at least for the time being!