What a frustrating outcome for the fans, the fighters, the UFC, and everyone involved in this fight, huh?! You fight for 25 minutes straight and it turns out NOTHING CHANGES at the end?!

Seems a bit like the UFC is in the World Cup spirit! 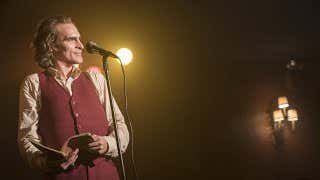 (Not criticizing the judges, of course. They're brilliant, and amazing at their jobs. They didn't get anything wrong tonight, or EVER, for that matter.)

I'll put my hand up and say I didn't actually get to watch this entire fight, so I can't speak to who I thought won - we were backstage after the Paddy fight talking to Jared Gordon for a bit. He's a great guy. Nothing but respect and love for him from here on out.

This just creates a bit of a mess for the Light Heavyweight division. You see, UFC 282 was originally supposed to be headlined by the Jiri Procházka/Glover Teixeira rematch, but Jiri apparently tore up his shoulder worse than anyone the UFC doctors had ever seen, so after a bunch of back and forth, the fight was cancelled, Procházka was stripped of the title, and Teixeira dropped out of the card altogether. In comes this matchup - Jan Blachowicz vs Magomed Ankalaev - as the backup. Fans didn't seem to LOVE it to begin with, but most thought both fighters were at least worthy of the title shot given the current situation. They just had to deliver - and they didn't.

For the BACKUP fight for a vacant title to go to a draw (in a fight that Dana White called "terrible") is just so annoying as it prolongues the vacancy of the championship in that division - but you kinda have to run it back, right? It puts the UFC in that weird spot - HOLD UP.

As I was writing this blog, Dana White walked into the media room and told us Glover Teixeira vs Jamahal Hill for the vacant championship is now a done deal for next month's card in Brazil.

So I guess you don't have to run it back. Dana's in a fantastic mood - he even gave 10 fighters bonuses tonight - but he just hated that fight. He even said he felt like dozing off in the middle of it, and that it made everyone sad backstage afterwards. That's tough. They're in the doghouse with Uncle Dana.