There are bad calls made in every football game played every single weekend. From Friday Night Lights to college to the NFL. But we may have just seen the most egregious call of all-time in this Georgia High School Football Playoff Game. Cedar Grove was up 17-14 but their opponent Sandy Creek was driving with under a minute left in the 4th Quarter. It was 3rd. goal from the 2-yard line when this happened.

The official making this call is most likely the Line Judge.

The line judge (L or LJ) assists the head linesman/down judge at the other end of the line of scrimmage, looking for possible offsides, encroachment and other fouls before the snap. As the play develops, line judges are responsible for the action near their sideline, including whether a player is out of bounds.

So this guy's sole job on this running play is mark the runner's forward progress. He's literally down the line of the goalline and he's more than a FULL YARD off. I took a screenshot and put a blue square around the runner and a neon green oval on the goalline. 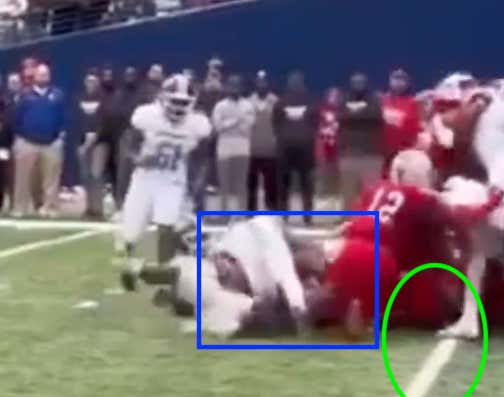 HOW ARE YOU THAT OFF?!?! The Cedar Grove player's reactions tell the whole story. 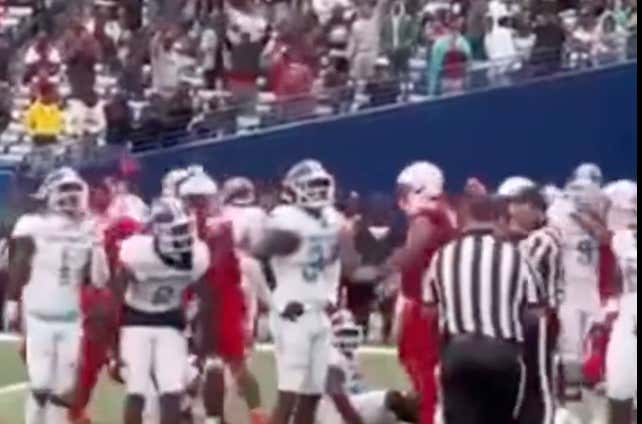 That's just an awful beat for the Cedar Grove players, a bunch of whom that'll be their final football game ever because they're seniors. What a horrendous way to end your playing days. Throw that ref in jail then start the game back up at 4th & Goal. For the kids.