I'll be honest - we just landed in Vegas and got to the T-Mobile a few minutes ago, so I missed all of these finishes except Edmen Shahbazyan's and Jairzinho Rozenstruik's just now, but UFC 282 is off to a HOT START, huh?! Six for six on finishes!

(Please don't let me jinx it all with this blog!)

First things first - shoutout to an OG Stoolie and My Mom's Basement alumni in Billy Quarantillo for that amazing comeback win. Dude got his face turned into a crime scene but persevered and came up with a gritty ass stoppage win.... 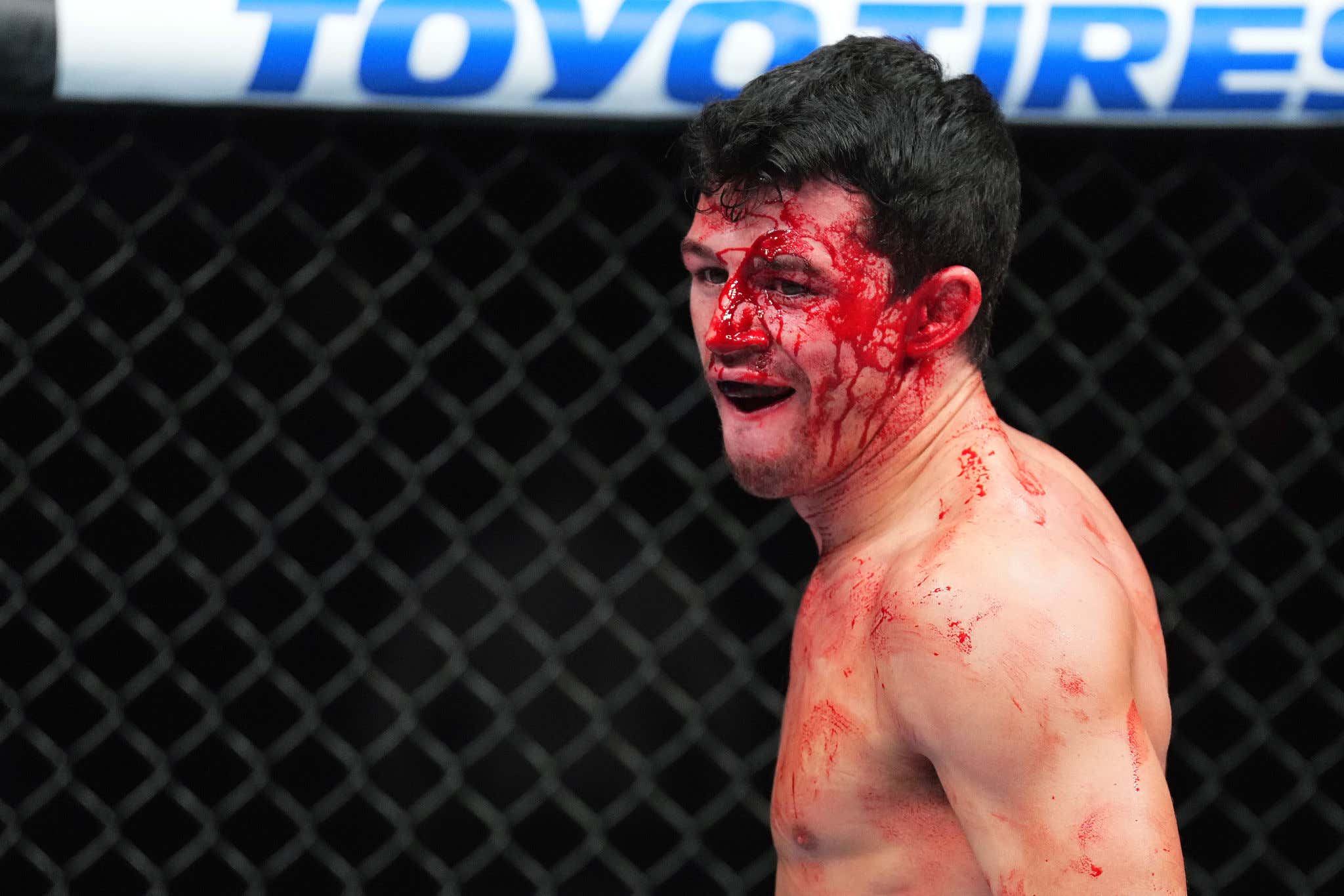 Now let's talk about that Rozenstruik win. That was crazy. He made that look like a Rough N Rowdy style mismatch against a very talented fighter in Daukaus, and he woulda finished it within the first round if it were a one minute RNR round too!

I'll use this Rough N Rowdy reference as an excuse to once again share this (unfortunate) knockout over one of our beloved Abel brothers….

Chris Curtis' is the next finish over Joaquin Buckley I should probably highlight, because that was awesome counter/follow up hammers - and I really thought Buckley would win that fight - but that's MMA for ya.

Raul Rosas Jr, who was the UFC's youngest signing ever at 17 (he just celebrated his 18th birthday), is up next in the tonight's featured prelim….and then it's PPV time aka PADDY TIME.

P.S. Between calling Rough N Rowdy with Dave and Dan in Providence last night, going to my first Army/Navy tailgate in Philly this afternoon, and making it to Vegas in time for the UFC PPV tonight - I've had a hell of a 24 hours, and I'm very grateful for this life.

P.P.S. Everyone at Army/Navy that came up to me and asked who I liked other than Paddy, and I told them all Edmen Shahbzayan. Not a crazy pick, he was the favorite and all, but PHEW - I felt like I had a lot (of other people's money) riding on that one.

UPDATE: I didn't jinx it! 18-year-old Raul Rosas Jr just went in there against Jay Perrin and DOMINATED him in the process of snagging a first round submission win….

I love this kid. I mean - he's literally a kid! He's still in high school! Imagine how cool he's gonna be in homeroom on Monday?!

We're officially seven-for-seven with ZERO prelim fights going the distance. Please let the main card live up to the high bar these early fights have set - that would send the UFC off on an all time high note in 2022.

UPDATE #2: Ilia Topuria aka "Hand Sanitizer Boy" keeps it going with a CRAZY IMPRESSIVE submission win over Bryce Mitchell where he pieced him up AND ragdolled him…

UPDATE #3: Just when I thought the finish streak would be broken, deep into the third round of Darren Till vs Dricus Du Plessis, Du Plessis was able to choke Till out in his octagon return after an amazing, drama-filled fight….

I was honestly worried for Darren Till coming into this fight, assuming he'd get KO'd badly quick, but I thought he put on a very admirable performance after weathering the storm in Round 1. He came back and won the second and even looked good in the third - until he was taken down.

I've never seen anything like this! Ten finishes in a row! Are you kidding me?!

Santiago Ponzinibbio and Alex Morono didn't put on the most exciting fight of the night (it was the first to get booed at the T-Mobile Arena) but they sure as hell threw bombs all three rounds and showed off their IRON chins throughout. Add Ponzinibbio to the list of guys to pull off these miraculous final round comeback wins this year!

The record for most finishes on a single UFC card is 11, and I've got the utmost faith in Paddy "The Baddy" Pimblett to tie that record up next. Could the main event break the record after that?! We'll have to wait and see.

Note: if any of these links are taken down/broken just tweet me and let me know. I'll replace them.