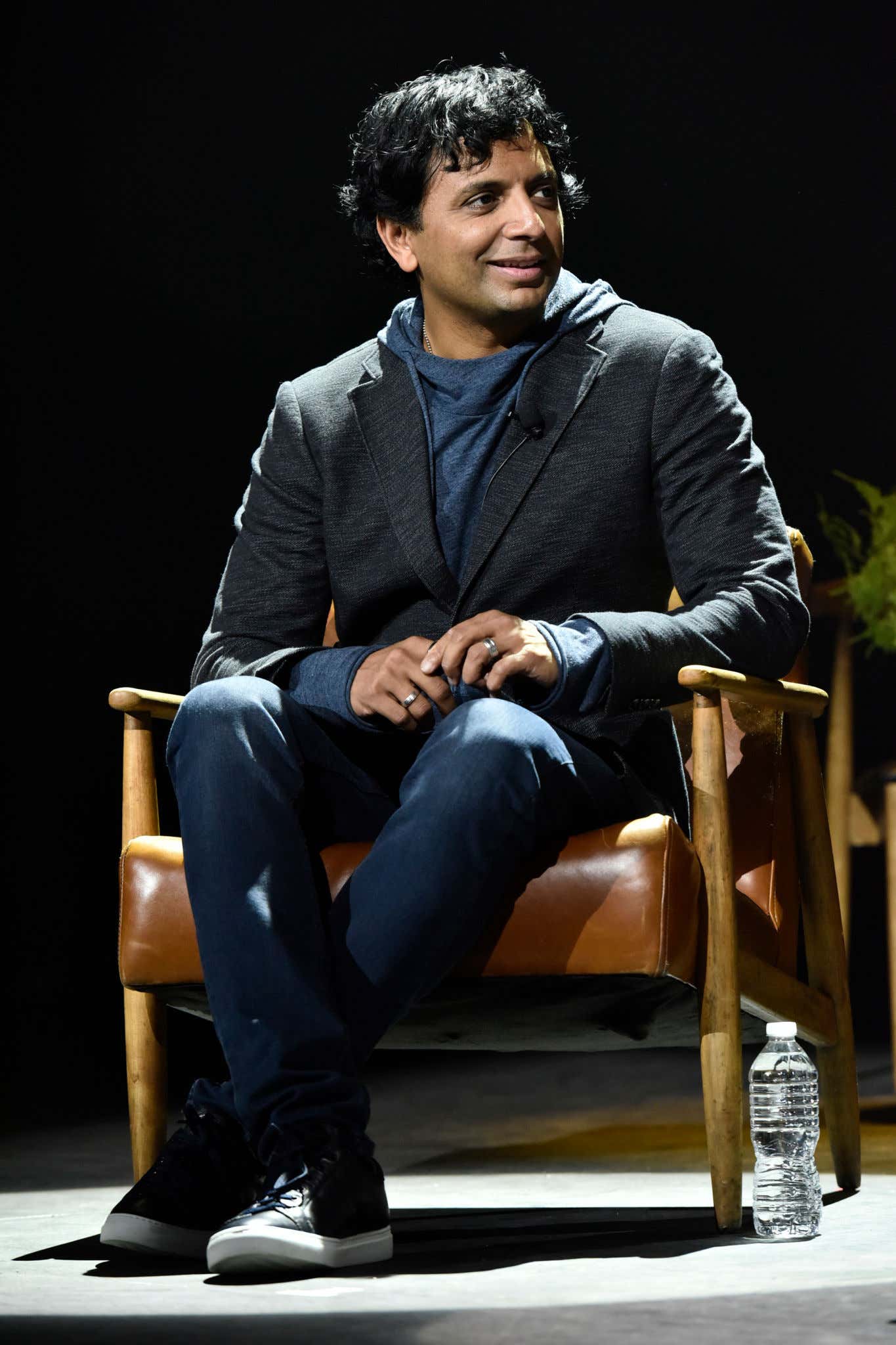 I have to give the NFL a lot of credit here for giving their script writers some holiday time off this past week and writing Monday and Thursday Night Football with a free ChatGPT search. I'm not exactly sure if there's an NFL writer's guild or anything that pressured Goodell into giving some vacation but either way it's good to see. And given the fact that the AI is having some difficulty mixing things up a bit with the script, I think we can say their jobs will be safe when they come back.

If you thought something seemed awfully familiar last night, it's because both of the last NFL games played ended with the winning team having scored just a field goal until scoring a touchdown to make it 16-10 with 3:00 or 3:19 left in the game and the winning touchdown with less than :10 in the game. That's the formula the computer used. That's "Screenplay 17-16".

Baker Mayfield figured there was no use in pretending this was anything other than theater and even gave props to the script after the game.

Hard to argue with Baker here. The script's formula once again hit the Nos after a boring ass first 3/4ths just like earlier this week on Monday Night Football. That's when M. Night Shyamalan dropped in to wake us all the fuck back up with back-to-back touchdowns by a team that scored only three points while being led by a has-been quarterback trying to stay relevant. I mean, this just has Kevin Costner written all over it. And as you can see by the scene outlines below - you might know them as drives - both protagonists this past week could only muster a field goal for most of the game until both leading men "miraculously" remembered how to throw a football and drove about the length of the field for back-to-back touchdowns to win the game. 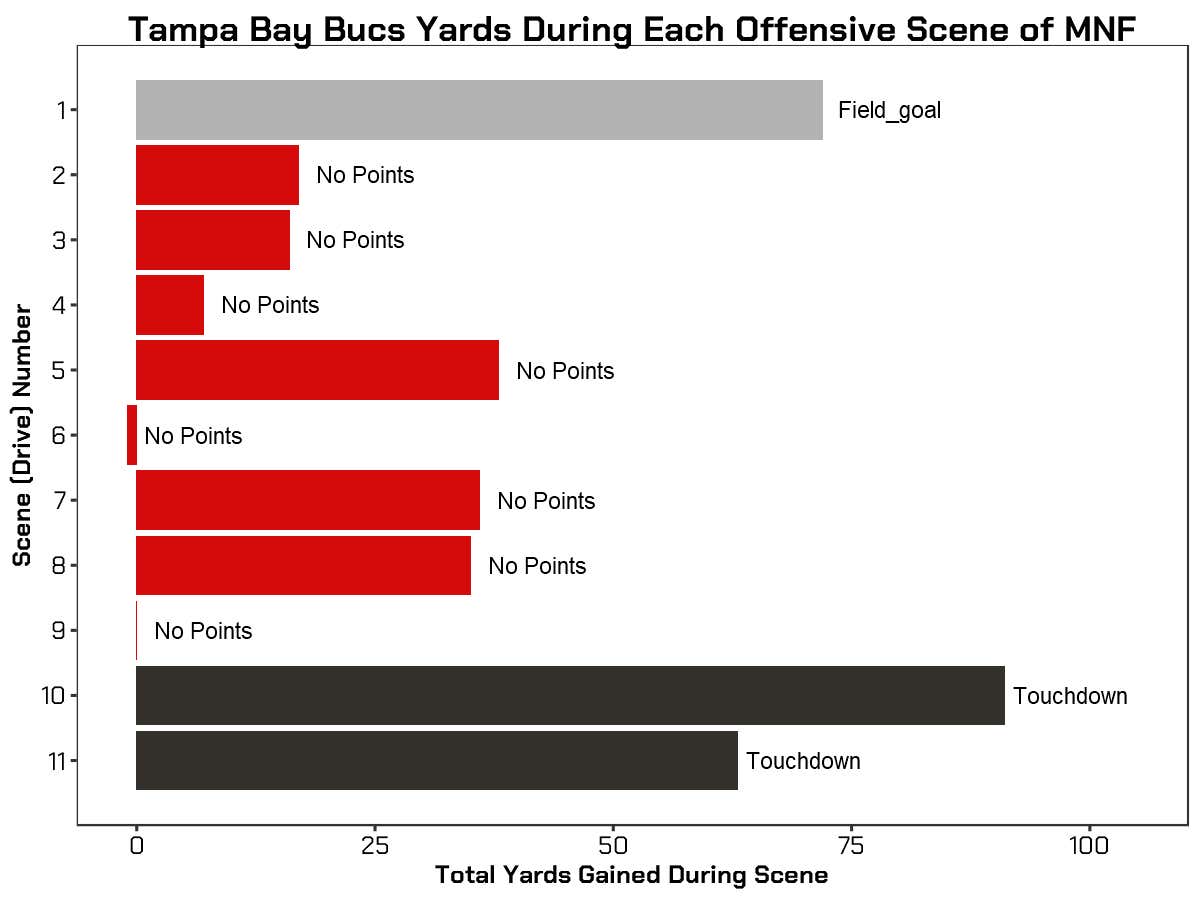 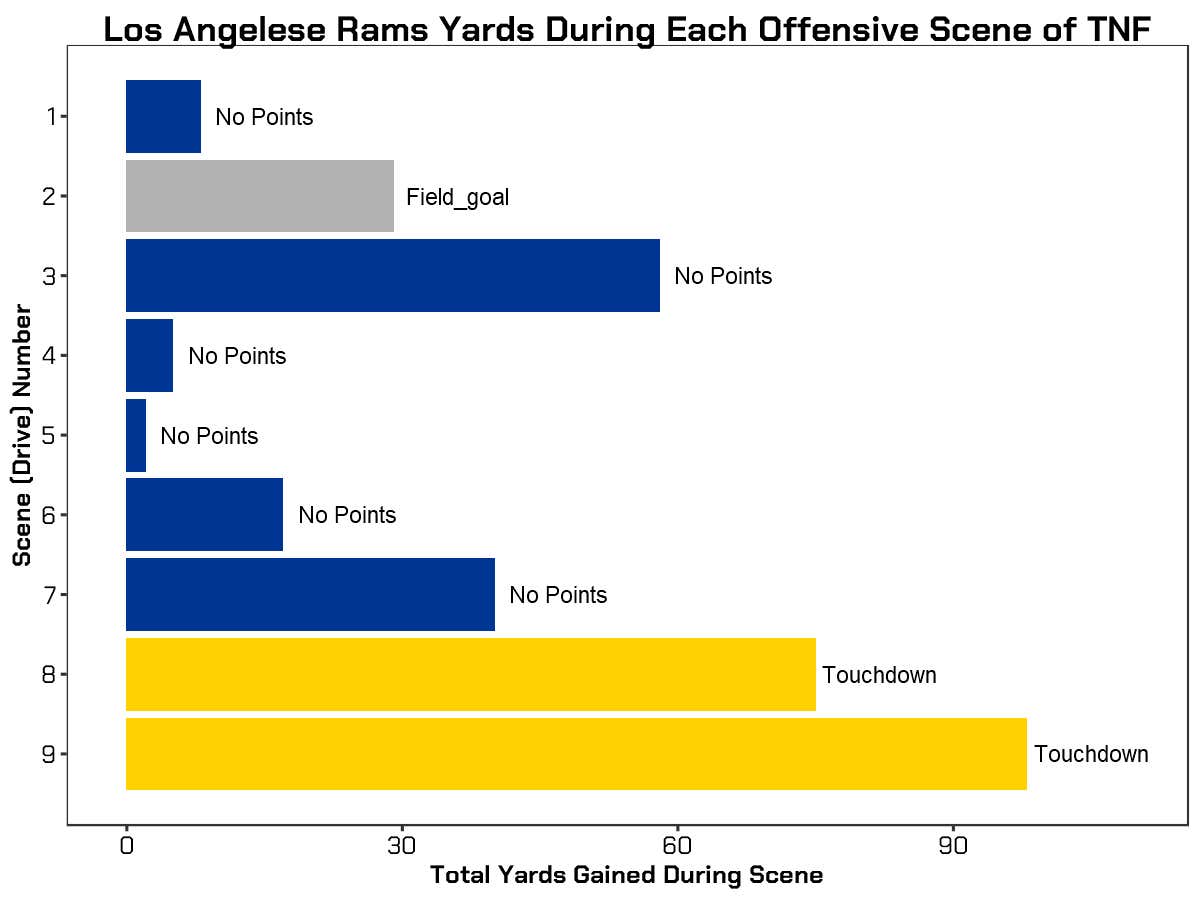 Huge props to both Tom Brady and Baker Mayfield for truly dazzling performances worthy of Oscar buzz at just the right time of the year. They really did make us all "feel" like all hope was lost. And that's just when our heroes showed up (unless we bet Raiders -6.5). I mean what else could possibly explain all this? Brady held the ball about as long as one might cuddle with a nest of Black Widows for the majority of Monday Night Football until scene 10 and 11 when he just decided to sit back in the pocket and gallop down the field like Indiana Jones. Same idea with Baker who was dirting balls on the run and looked like he literally just started learning the offense that very day because he literally just started learning the offense that very day.

You might say this was all a fluke. That "Screen Play 17-16" isn't a thing. I mean, when WAS the last time a team that only scored three points for most of a game scored two touchdowns late in the fourth quarter to eek out a win vs an opponent with 16 points?

Seems pretty clear the NFL has been playing around with this tech a lot more this year but it's been around a lot longer than you think. "Screenplay 17-16" goes back to Week 1, 2019 when the writers weren't quite able to draft all opening day games:

I have a strong feeling this year's Week 7 Dolphins/Steelers matchup was supposed to be "Screenplay 17-16" too as the Dolphins jumped out to a 16-10 halftime lead only to have the game end in that exact score. Surely you can't mean to tell me Tua - the most efficient quarterback in the league - was actually trying to score on the Steelers and failed the entire second half. Must have been a typo in the search request.

But like any M. Night Shyamalan movie, you can only take the same twist before the luster wears off. That's the thing about AI. You have to feed it something new or it just reuses the same old thing. I think I speak for us all in telling the NFL it's time to put "Screenplay 17-16" back on the shelf. Especially if you're a Raiders better this year.