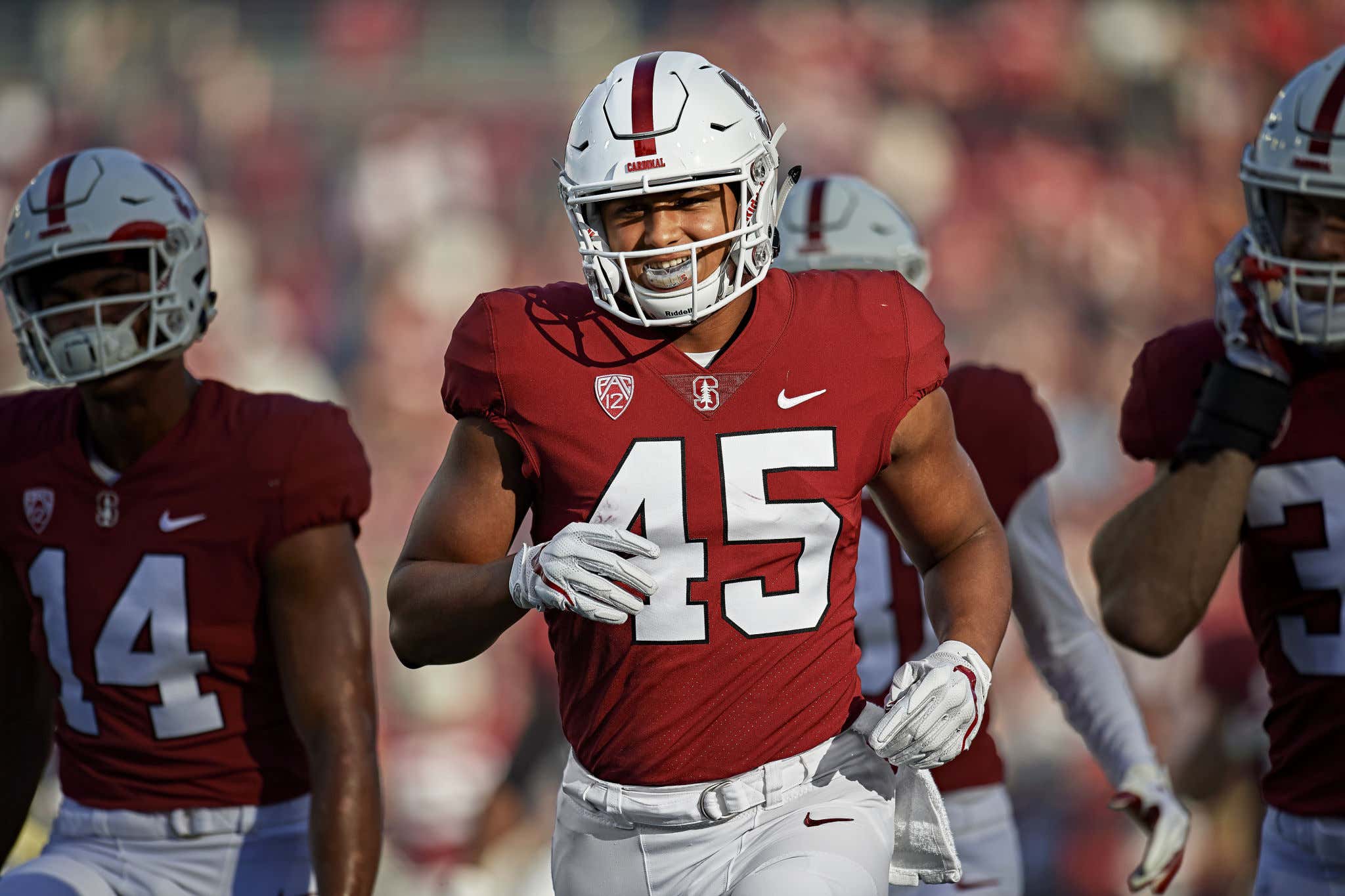 Ricky Miezan is what we in the biz would refer to as an absolute specimen. He's a 6'3", 237lb inside linebacker who just wrapped up an All Pac-12 5th year senior season as a captain at Stanford. And now he just entered the transfer portal.

So where's he going to end up? Is he going to chase a National Championship at Alabama? Is he going with Deion to Colorado? Or maybe…juuuuust maybe…he's not transferring to play football at all.

That's right, bitch. Ricky Miezan is entering the transfer portal to play college lacrosse in the 2023 season. Can you say Sport Of The Mother Frickin' Future?

Over the past few years we've seen plenty of the best athletes that college lacrosse has to offer entering the transfer portals to pursue other sports once their lacrosse careers were over. Pat Spencer won a Tewaaraton at Loyola before transferring to Northwestern to play basketball and eventually land himself in the Golden State Warriors organization. Jared Bernhardt won a Tewaaraton at Maryland before transferring to Ferris State to play football and lead the Bulldogs to a DII National Championship and eventually get signed by the Atlanta Falcons. But I don't think we've ever seen the transfer portal work the other way around.

The future is finally here. All it takes it one piece to drop for all the dominos to fall. First it's Ricky Miezan leaving Stanford. Next thing you know it's CJ Stroud and Will Anderson and Bijan Robinson and Jalen Carter. Obviously none of them were formally a top recruit in their class for lacrosse in high school, so it might not make as much sense for them. But that's besides the point. The fact of the matter here is that this is the first step towards lacrosse's world dominance. It's only a matter of time now. Suck it, haters.

Sidenote: I need him to transfer to Virginia just to see how much havoc he can wreak on the ACC. I feel like the evil empire Maryland is probably there lurking in the shadows with an offer already thrown his way. But I need this menace in the ACC.