If you're 30 other teams in the NHL right now, you have to be furious that the Arizona Coyotes are even allowed to play against the Oilers. Because the only thing this does is give Leon and McDavid 60 extra minutes to mess around and practice shit like this in an actual game scenario. If these two sick bastards weren't dialed enough before last night, they sure as shit locked it in right here. Let's break it down real quick because the video alone doesn't do it justice of just how ridiculous that whole play was. 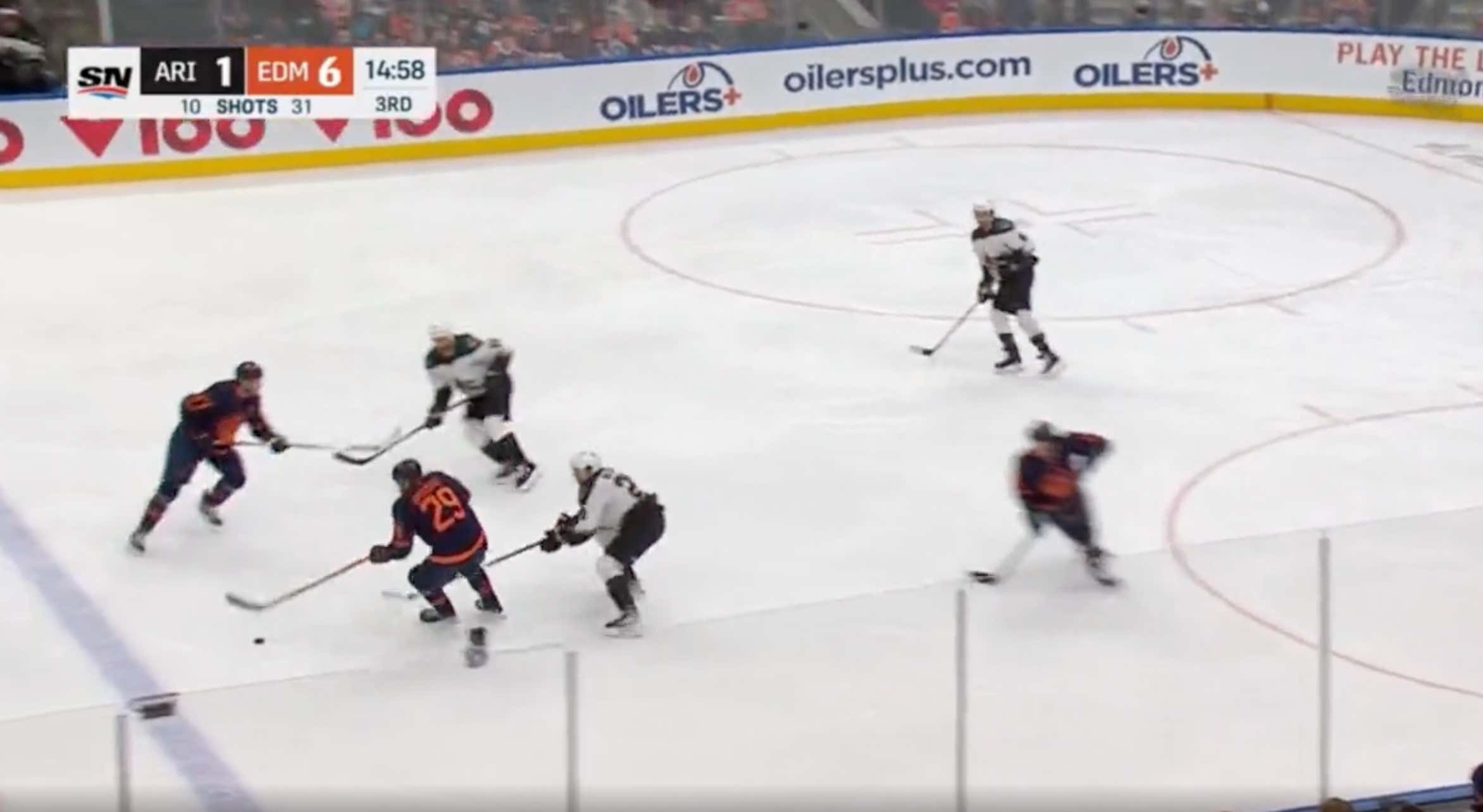 This right here was the moment Draisaitl and McDavid knew they were about to fuck shit up. Right next to each other at the top of the zone and they already know there's about to be a faceoff at center ice coming up in a few seconds. Leon sees all the space McDavid has to take it wide and toast everybody to the back door. All he needs to do is hold off for another second or so. 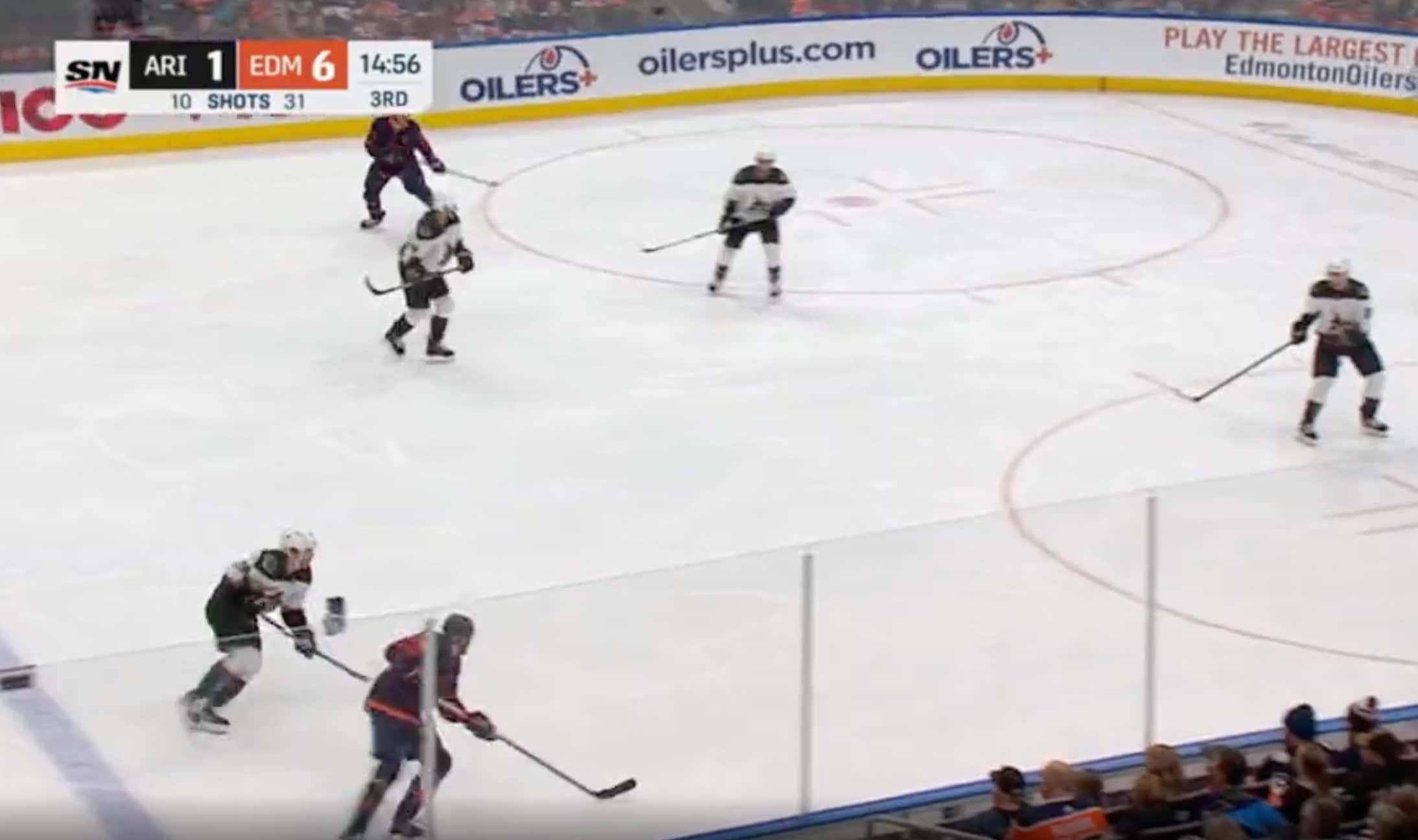 Bingo. Turns around and immediately looks to exactly where Connor is about to be with like 15 feet of space to work with. Which sucks for Leon because he wants a challenge. Edmonton is already up 6-1 in the 3rd. He's getting bored of playing against this glorified ECHL roster, so he wants to up the difficulty level a bit. So he holds on for another second then threads the needle with the world's supply of backhand sauce. 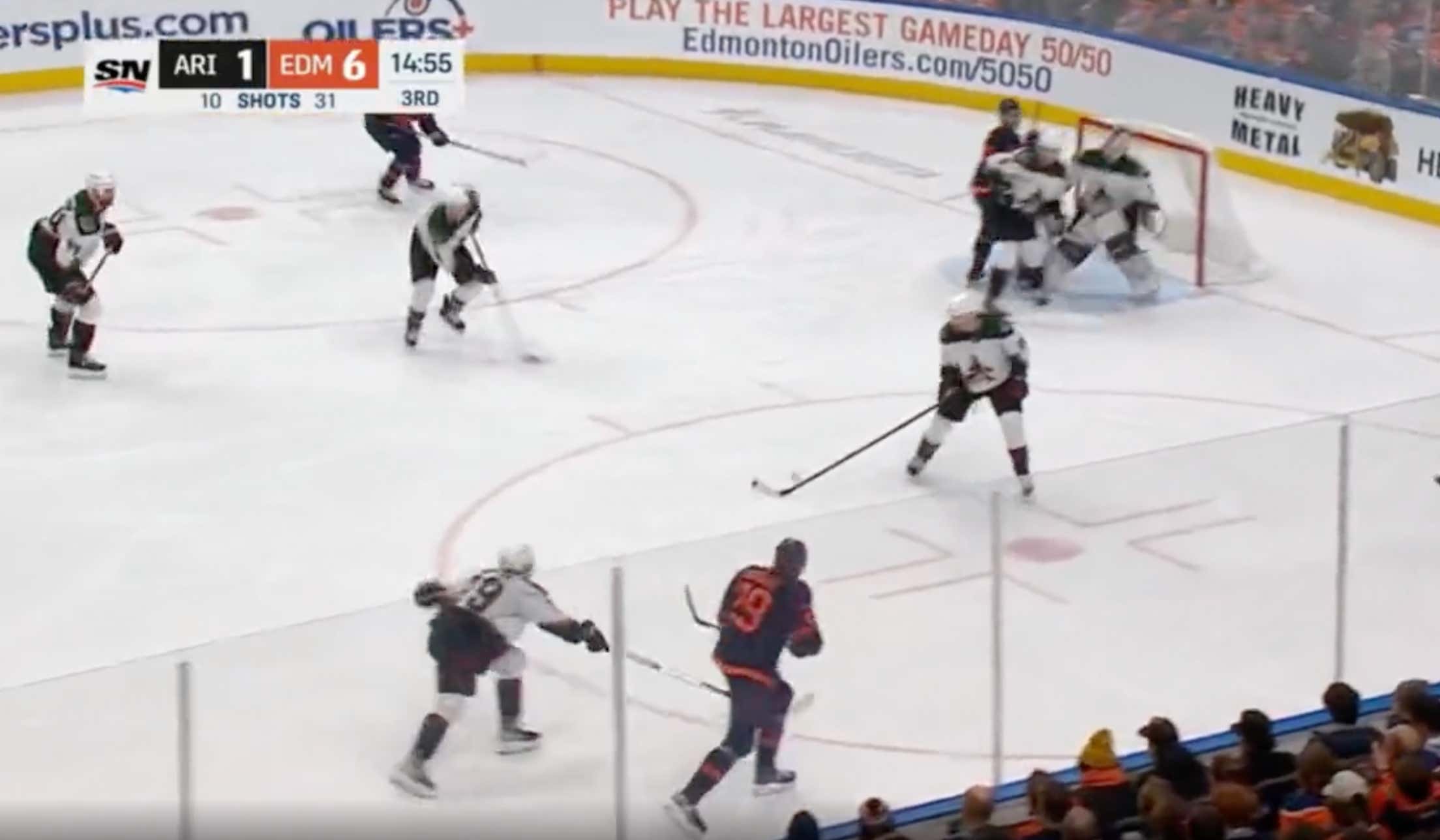 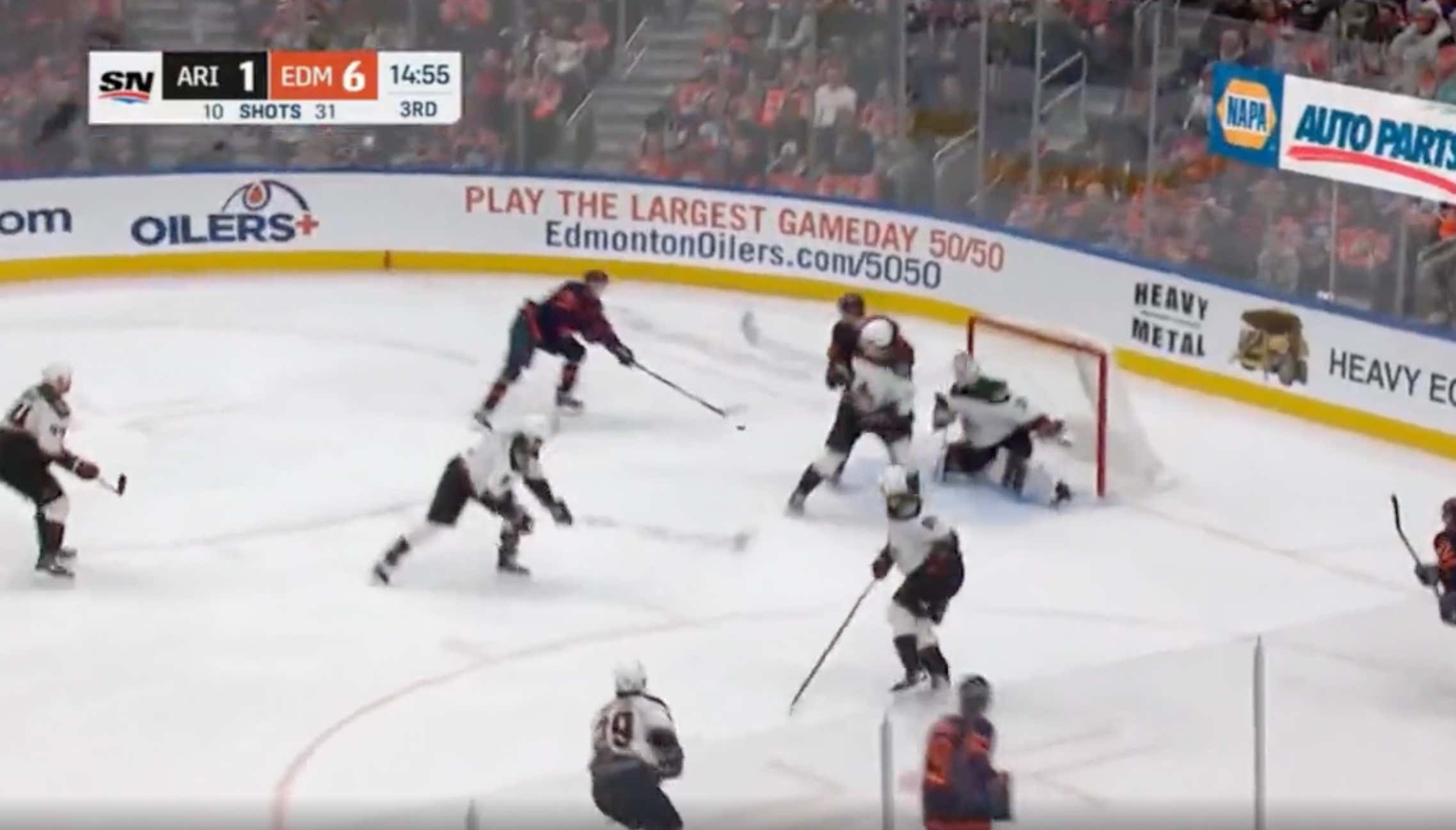 Unfortunately it's not a renewable resource, so we're all out of backhand sauce now. Luckily it wasn't a waste, though, since McJesus went from trying to break into the back door to just casually walking right through the front. Nasty play from a couple of nasty dudes. McDavid had 2 goals and 2 assists on the night. That gives him 52 points total on the year already in just…holy shit, in just 27 games.