As I sat in my house today writing and editing videos today, I couldn't help but think of that scene in the movie Office Space. You know the one where the consultants are talking about an employee who was laid off five years ago but no one ever told him, and by some glitch in the payroll system he was still getting paid. Instead of informing the guy that he was in fact laid off they just "fixed the glitch."

Earlier this year I was running a creative agency and could not have been more miserable. I made really good money but worked for a raving lunatic. He owned the company and the only thing bigger than his ego was his cartoonishly giant, blindingly-white veneer teeth. He used to abuse punish his dog right in front of everyone and you had to just sit there and pretend like it wasn't happening. Absolutely vile place to work.

Anyway, I wasn't sleeping, I was stressed, and after a four year hiatus, I decided to start looking for other opportunities to get me back into content and entertainment. Even if it was just a side gig.

One Saturday morning I was laying in bed hungover, trying to forget that in less than 48 hours I would be back at that hell on earth I called a job. Scrolling through Twitter I saw an account I had seen many times before. A Barstool Cleveland account that would make Jeff Dunham cringe. I mean it was bad. Corny, unimaginative, and did not understand the Cleveland fan let alone Barstool.

Enraged that this steaming pile of dog shit was representing my city I shot Dave a DM. 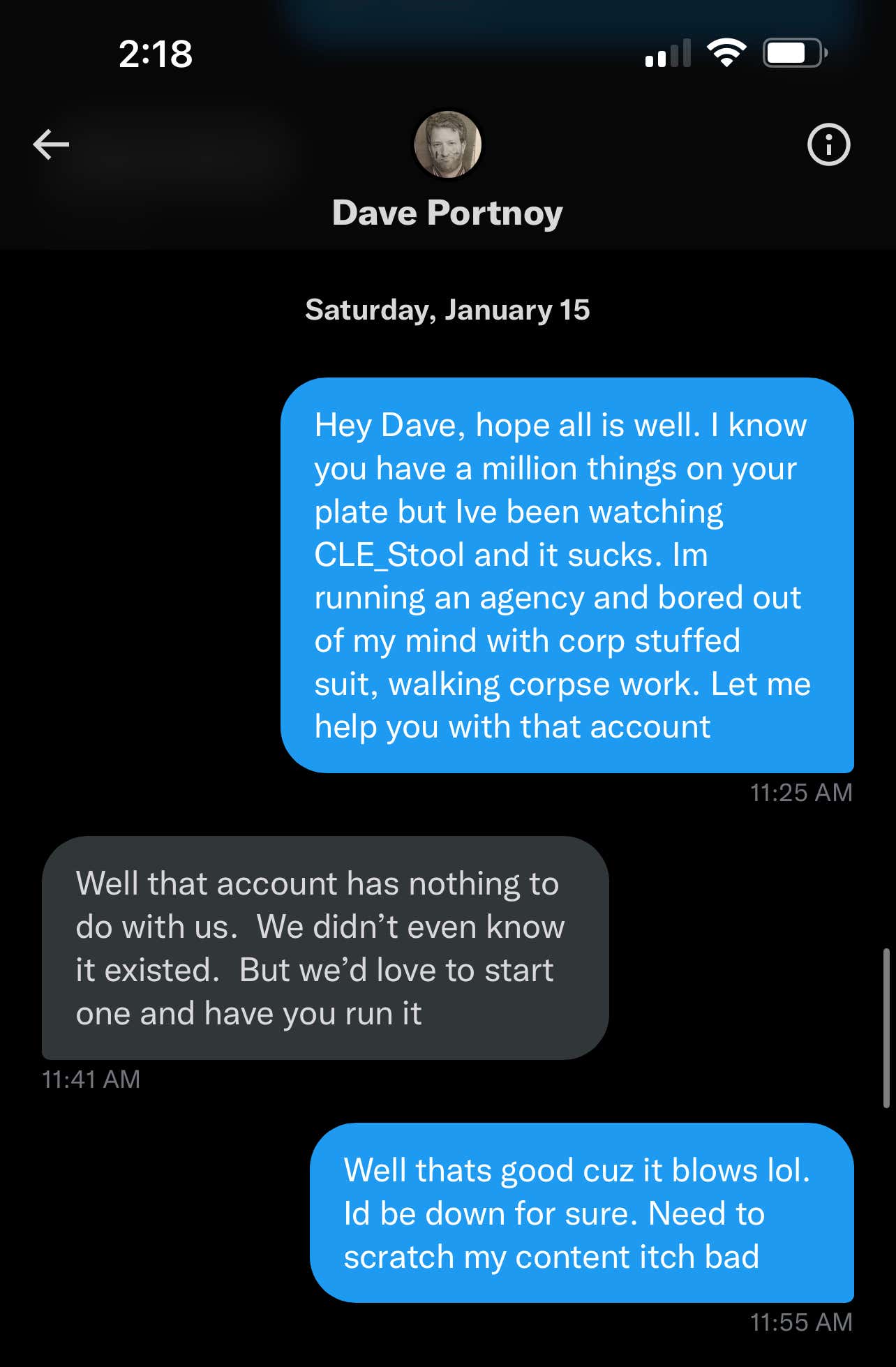 The rest, as they say, is history. That is the truly magical part of Barstool Sports. One moment you are a fan taking in the content from the outside and the next you are in. But am I still in?

At the top of this blog is the firing wheel the Yak used to can one employee today at the company meeting. When I saw it was Tech Guy Andrew I felt bad but I had far more important things to worry about. Namely my unquenchable yearning for attention and acceptance. So I did what every other narcissist does here at Barstool, I started blogging.

So who the fuck was fired?! It was me wasn't it?

I'm self-aware enough to know my place in the pecking order around here. I'm still trying to earn my spot and didn't take offense to not making the wheel. But I knew nothing about a company meeting. The ALL HANDS COMPANY meeting. The company which pays me a check every week. At least it did, we will have to see what happens this Friday.

I started digging and found numerous tweets mentioning this meeting.

I have so many questions.

Was I actually fired on The Yak and I just missed it? How does one not get invited to a meeting that ALL of the company gets invited to? Do they think we don't have internet in Ohio for me to join virtually? That one I could kind of understand I guess.

Since I have been here I have not received a single company-wide email. Company-wide initiatives roll out without me having any prior knowledge of them, and I'm pretty sure I'm the only person in America not on a Dozen Trivia team.

As I am typing this there are tweets coming out of the meeting.

The irony of a gigantic sign saying "All Hands On Deck" is not lost on me. Maybe they think I am literally handless like that homeless guy from Dave's pizza review in Miami and they did not want to insult me. After all we are getting a little soft around here and the internet keeps telling me Dave has gone woke.

That homeless guy still manages to stab people with a knife in his mouth so maybe they think I blog by smashing my face into the keyboard?

Even if I did write blogs like that they would still be more coherent than some of the shit we publish.

This one I like. Nothing will cheer you up on a bad day like watching someone else get shit on. I don't watch wrestling because I'm and adult and I'm not white trash but I'm sure Rasslin' was a fine show. Brandon Walker seems to care about it deeply so I know this one hurts, and that makes me feel a little better about myself.

Now that I am seemingly unemployed like most wrestling fans this might be the perfect time to get into the sport. Hey Brandon, let me know if you need a volunteer producer. Looks like I have a some free time on my hands.

My email still appears to work and as of now I still have access to the back end of the blog. I thoroughly enjoy working here so I'll keep going until they tell me to stop. Or until the paychecks stop hitting my account.

When that happens I only have one option left..