Rough n' Rowdy 19 drops this Friday night at 8pm. Y'all have heard this pitch a million times, but it's still true. Rough n' Rowdy is one of the greatest sporting events going. It's 20+ fights between amateur boxers/literal crazy people who have no clue what they're doing, trying to kill each other 3 minutes at a time. There's nothing better.

Whenever people ask me if I would fight in Rough n' Rowdy, I say yes. I really don't see any downside. Worst case scenario, I catch a punch, get knocked out, and look like fool. I can handle that. And if I win, I get bragging rights, and can say that I'm an undefeated fighter for the rest of my life. Also, there's usually a cash prize, and I'm quite poor. I don't want to fight just anyone though. There would need to be bad blood between me and another Barstool Sports employee. That's why I've been slowly cultivating a beef with that bitch Chris Klemmer. 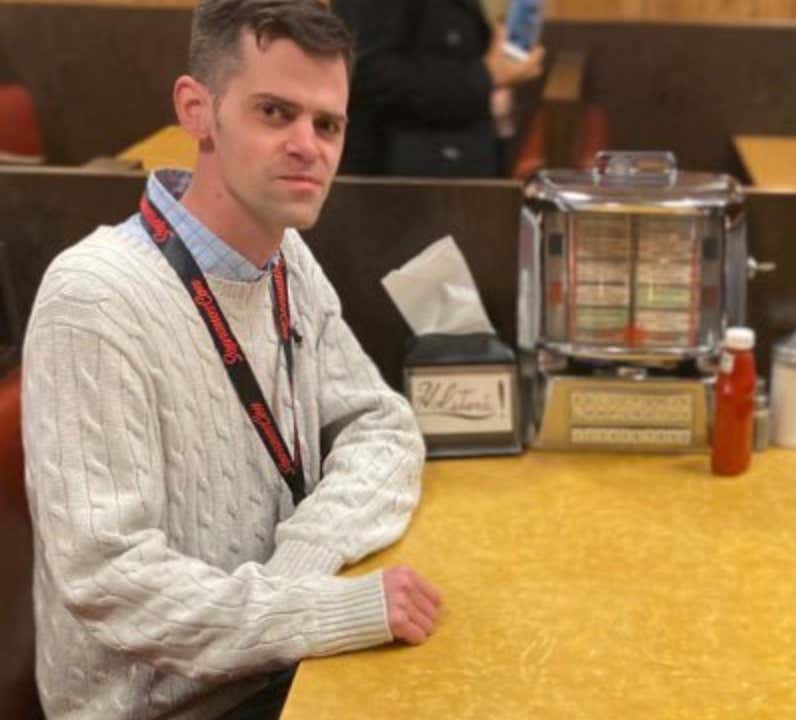 I think it would be a fun match. Love you Fuck you, Chris.

The reason I write this blog is because every Rough n' Rowdy fight that I watch has a similar trajectory. Both fighters come out swinging wildly. It's the most exciting 30-45 seconds in sports. But then, both fighters hit a wall. They start leaning on each other, taking 15 seconds each to save up enough energy for a big swinging over the head windmill punch.

Don't me me wrong, I love a good over the head windmill punch. It's a staple of Rough n' Rowdy. But one time, I want to see someone take an entirely different approach. One time, I want to see somebody sit back for the first 2 rounds. Just bounce around the ring for a little bit, avoid punches, and make the opponent come forward as much as possible. The more punches he throws at you the better. You should be able to avoid them if that's the only thing you're focused on. Try to sit back on your heels doing the Muhammad Ali rope-a-dope strategy for 2 full rounds. After 2 rounds, the opponent will be entirely gassed. But you won't be. Throwing punches takes a lot out of people. They get exhausted so fast. I need to see one person throw zero total punches for 2 rounds, then come out swinging in the 3rd. That's where Rough n' Rowdy could really get crazy. When you have a rested fighter teeing off on an exhausted fighter who can barely stand up. I need to see that happen one time.

If any Rough n' Rowdy fighters are reading this, I'm begging you to give it a try. I'm not positive it would end up be as hilarious as I imagine, but I need to see that strategy play out one time.

I'm not expecting anyone in a main even to try out this strategy. I don't think Grace O'Malley or Pac-Man Jones is in the market to test out my amateur boxing theory. But if there's anyone on the "undercard" who is looking to make a name for themselves, this strategy could provide one of the most dramatic Rough n' Rowdy moments yet. Imagine the crowd booing the shit out of you for 2 rounds, furious that you're not throwing a punch. Then you come out in the 3rd and completely flip the script. It would a classic Barstool Sports Electric Moment™.

One day someone is going to do this, and a legend will be made. Is this the weekend it happens? I sure hope so. But even if it doesn't, we're going to have some incredible fights. Grace O'Malley is fighting the Cajun version of Grace O'Malley. Undefeated 'Lights Out' Bobby Lang is having a rematch against future NFL Hall of Famer Adam "Pac-Man" Jones. The Abel Brothers are fighting again. I Eat Ass will be making an appearance. Trapzilla and his giant arms are back. Dave Portnoy, Big Cat, and Robbie Fox will be on the call, with Rone and Caleb doing the post fight interviews. It will be just as awesome and stupid as Rough n' Rowdy always is.

Buy the fights online at BuyRnR.com (link below). And if you're fighting in Rough n' Rowdy 19, and would like to further discuss using my strategy, please send me a DM on Twitter or Instagram @JohnRichTV