Signing Andrew Heaney makes the Texas Rangers a competitive team next year. I don't think they will necessarily be better than the Astros, but they will be good enough to be a playoff team. The AL West is stacked with the Mariners in the division as well but the Astros will have a hard time winning 106 games next year without Justin Verlander (even with the Jose Abreu upgrade).

I've been critical of the Rangers in the past like this blog:

But, check out this pitching staff and tell me they can't be a playoff team next year:

That's an expensive but also really competitive group. Even the greatest rotations have some questions marks and there are some here. DeGrom and Heaney's durability is iffy at best. I also think Perez's season last year is likely a career year. But even saying all of that, that is a strong group of arms. They even made a trade at the very beginning of the off-season for Jake Odorizzi so they have plenty of starting pitching depth. You can find holes in anything if you look long enough but that is a better staff than most in baseball. 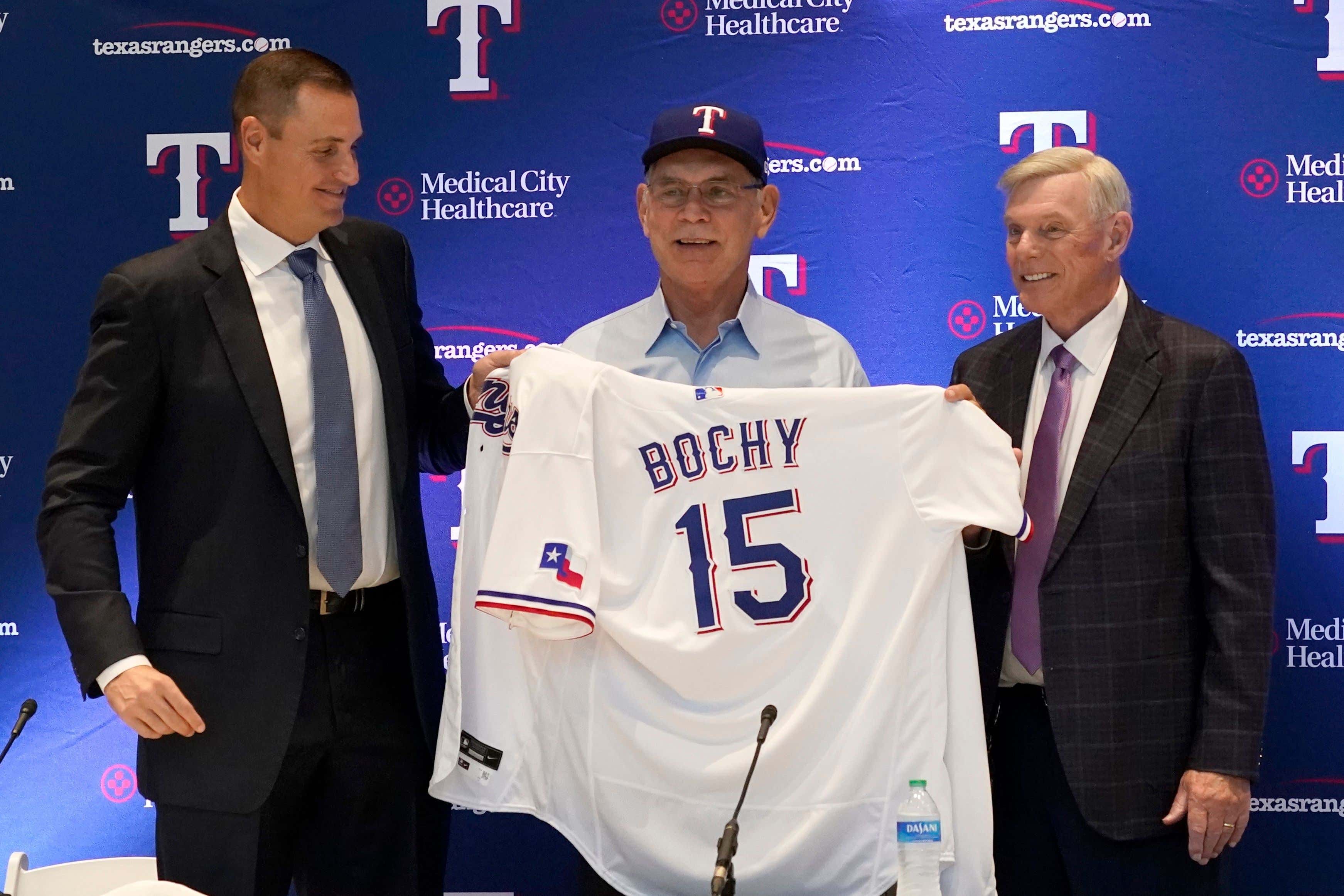 Adding a manager like Bruce Bochy who has three rings and will be in the Hall of Fame after he is done in Arlington can only help. When is the last time the Rangers have had a great manager? I'm not a Ron Washington fan so I'd say Buck Showalter and that was nearly 20 years ago. And before that? There's a reason this franchise has never won a World Series. It's not a great thing when the first thing many people think of when they hear Texas Ranger is Chuck Norris.

This isn't a bad offensive team either. Since last off-season when they started spending like drunken sailors, they added Corey Seager and Marcus Semien who were both OK but I also think can both can improve. Seager especially could get better with a year of facing new pitchers in the American League behind him. First baseman Nathaniel Lowe and right fielder Adolis Garcia had strong seasons and they are high on third base prospect Josh Jung who should be ready to contribute a full season next year.

Some holes still remain in the lineup. They still need help in the outfield as well as DH. But with the expanded playoffs, those are problems you can fix during the season as long as they can stay in the mix. I don't think that'll be an issue. The West is stacked with the teams I mentioned earlier but the AL Central doesn't seem hellbent on improving and the AL East will be severely weakened if Aaron Judge and Xander Bogaerts both go to the National League.

There's also been talk that Texas has been meeting with Carlos Rodon. The last time that I can remember two of the best three free agent starting pitchers going to the same team was C.C. Sabathia and A.J. Burnett going to the 2009 Yankees. All that team did was win 103 games and eventually the World Series. The Rangers lost 94 games last year so maybe a World Series is a reach but would you want your team to face a rotation of deGrom/Rodon/Gray in the playoffs? As it stands, this Rangers team is already good enough to get a Wild Card spot. If they added Rodon, you might be looking at a long October run.