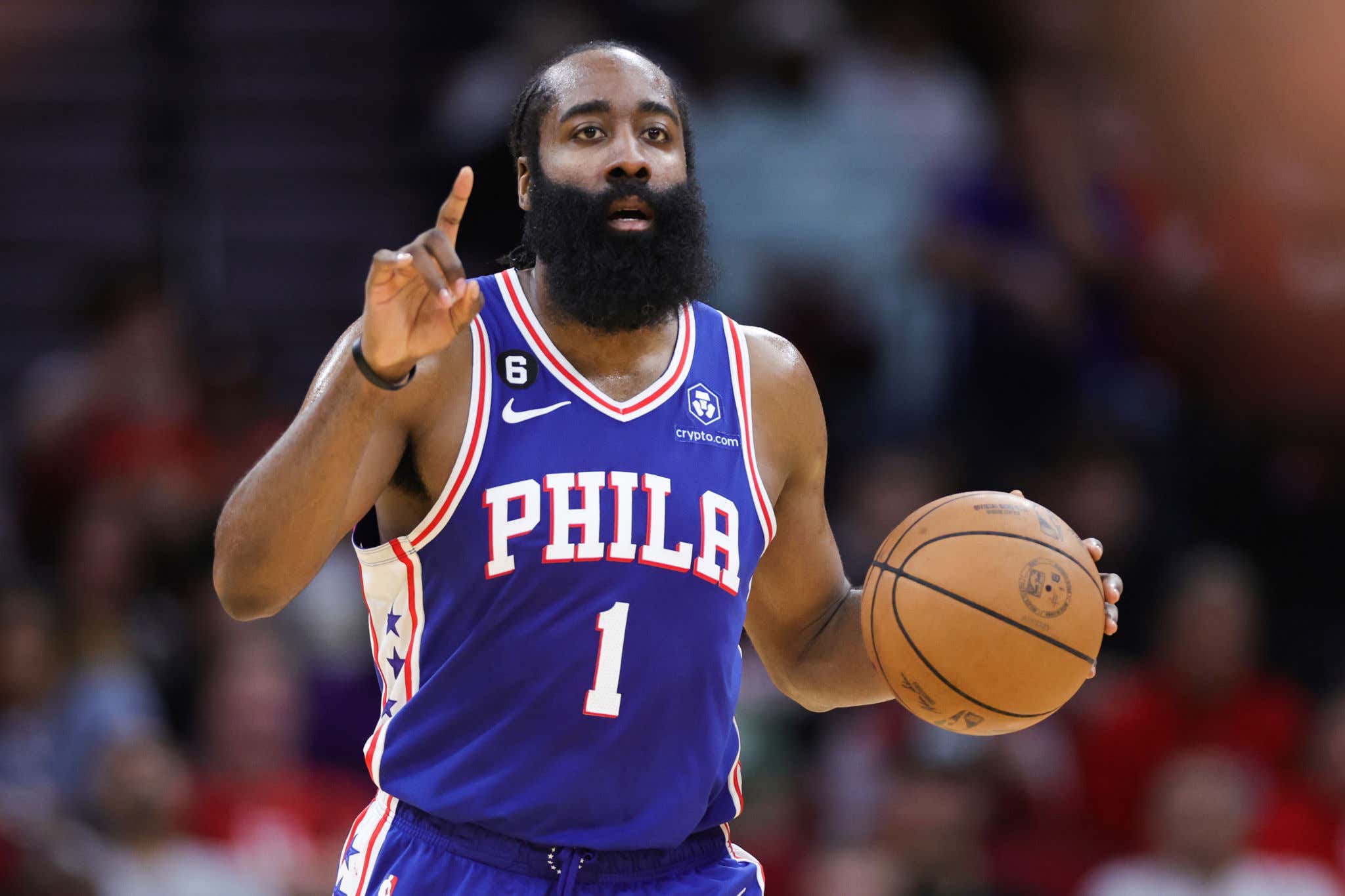 For the first time since becoming a Sixer and in his first game back in about a month, James Harden returned to his old stomping grounds in Houston last night. In theory this should have been a nice little warm up game for him and the Sixers as they were looking to end their little mini 2 game skid. The Rockets are tanking, the Sixers were essentially at full health (minus Tyrese Maxey) so on paper this should have been a big night for Harden & Co.

they lost in 2OT in a somewhat bizarre fashion. Joel Embiid couldn't stop throwing the ball out of bounds late whenever he got doubled at the elbow which is a little concerning, they didn't really get much out of their role players, and when it came time for Doc Rivers to come up with a game winning play, this is how he did

For Harden specifically, it was a story we've seen far too often. When needed to step up and have big moments in a game at the Toyota Center, he was nowhere to be found. The final stat line says 21/7 which isn't bad, but he was just 4-19 (4-11) from the floor combined with 7 TOs. That's a cool 21/36% for those not great at math. And while part of me thinks anyone who is coming back from injury deserves a few games to get their rhythm back, it is tough to stomach when both Embiid and Tobias Harris actually showed up.

Being back in Houston, you knew what Harden was going to be up to after the game.

Now I'm sure there are some out there that think I'm going to kill Harden for pulling a move like this, but that's not the case. I am on record that Harden's ability to live at the club, party his dick off and then show up and dominate is one of the most underappreciated skills of our generation. This approach is what helped him become one of the greatest offensive scorers the NBA has ever seen. Asking James Harden to not go to the club would be like asking yourself to live without breathing. It's simply not possible. The fact that he can put his body through hell and still be such an elite player has always been wildly impressive to me.

The issue here is videos like this are all fun and games while Harden is lighting up the league, but when he kinda stinks is when it suddenly doesn't become the best look. That might not be fair because who among us hasn't gone out after work, but it's something you aren't exactly thrilled to see as a fan after Harden just laid an egg and the Sixers lost to a 7-17 Rockets team to drop their 3rd straight and fall back into the Play In.

It's at the point now where I feel like you almost have to respect Harden's dedication. Not to his craft of playing basketball, but his dedication to the club. There is not a scenario in existence that could prevent James Harden from partying. This was the last game of the Sixers 3 game trip and they have 3 days off before they play the Lakers on Friday, so of course Harden was going to go out. What does he have to do today? Sure maybe you think he should have flown back with the team to help bond/build chemistry after being out for a month, but that tells me you forget who we're talking about. James Harden plays basketball and he goes to the strip club, that's what he does.

Listen, I've said it before and I'll say it again. I'm a James Harden guy. It dates back to when we were at ASU together way back when (fuck I'm old). He's one of the greatest scorers in league history. That's all true. It's also true that he would drive me insane if he were on my favorite basketball team. This is all fun and games while the talent is still there to make up for it. Once the talent leaves and all you're left with is the antics and losing, well I can understand how that might be annoying as hell.