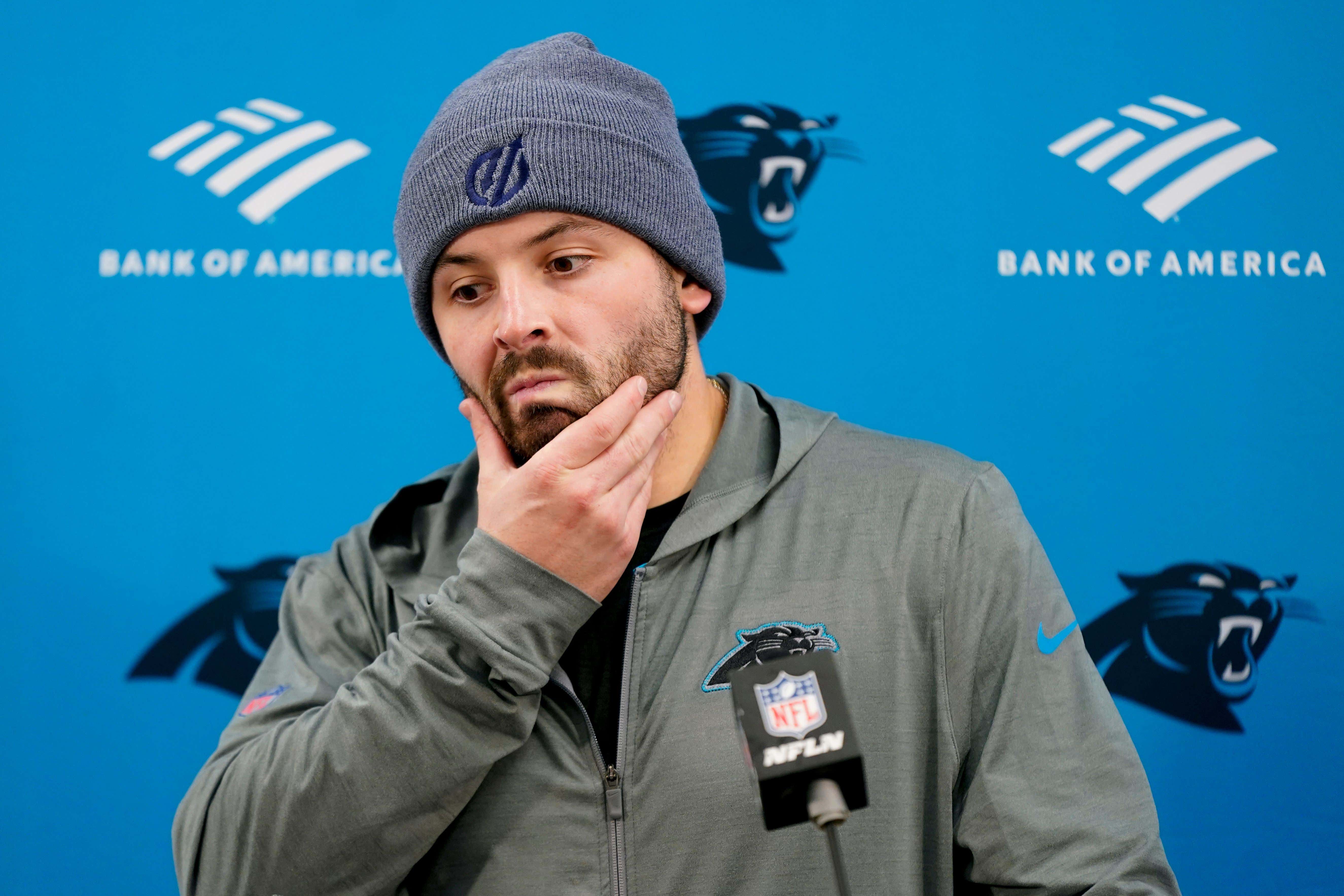 For a brief, shining moment there, it looked like the planets had all aligned and we were in for what potentially could've been one of the all time great stories. Something so implausible that if you wrote it up as a screenplay, you'd get thrown out of every movie studio you pitched it to. Even Netflix. And they produced a film where Kevin James gets mistaken for an international assassin.

Here's the elevator pitch: A promising young star is brought in to be the savior of the most downtrodden franchise in all of sports. He achieves instant fame and fortune. He's becomes a household name, appearing in every TV commercial. But things go south quickly. He gets shipped to another struggling team, with a chance to save them and his career. That fails even faster, and he's released. He's suffering an existential crisis. Now, at his lowest point, a championship contender suffers a devastating injury. They turn to our hero out of desperation. He's their only hope. Out of the depths of his despair, he accepts their offer. He rallies. He believes in himself when no one else would. He goes to this new city with these new teammates, digs deep into his soul and finds the inner strength he thought he'd lost. He leads them to the Big Game. And of course, emerges triumphant. He holds the championship trophy over his head. Freeze frame. Roll credits.

Perfect. See you on the red carpet at the Oscars.

You could apply that template to any sport. (And since my brother Jack and I have been kicking around a concept for the first movie ever made about polo, I'm going to suggest using this one.)  But it looked like the perfect scenario between Baker Mayfield and the 49ers once (let me know if this next part sounds familiar) Jimmy Garoppolo got hurt and is out for the year. Sadly though, life rarely imitates art. The Niners coach has other ideas:

49ers Web Zone - "We look into everything," head coach Kyle Shanahan told reporters via a conference call when asked about Mayfield on Monday. "But that would surprise me right now, and we've got to discuss it this afternoon and stuff. I've always been a fan of his, but I feel real good about our players."
Rookie Brock Purdy, the last overall pick in this year's draft, is the next man up on the quarterback depth chart. He'll get his first NFL start on Sunday against Tom Brady and the Tampa Bay Buccaneers.

Read into that what you will. I'll agree that any head coach who immediately says, "Hell yeah! I'll take that guy over the shitshow I'm dealing with now" would be committing malpractice. Especially when you're currently sitting in the 24th spot on the waiver wire. Of course you've got to sound like you're 100% behind your quarterback depth chart. And adding the stuff about how much you respect the player is the pro forma coachspeak you throw in regardless of whether or not you respect the player. What's relevant here is the part about how it "would surprise" Shanahan if John Lynch pushed Mayfield on him.

That's the key. It speaks to how far the mighty have fallen. Unless there is a total course change here and the Niners do take a shot at Mayfield, it means the No. 1 pick five drafts isn't fit to replace Mr. Irrelevant (262nd) from this past draft. That a rookie with zero career starts is the preferred option to one who has 65, and once won a playoff game with the Cleveland bloody Browns. Incredible.

This isn't just rock bottom for a guy in Mayfield's situation. Getting sent to Carolina for what is now going to be a 5th round pick was rock bottom. This is setting up an oil rig on that bottom and drilling down into the core of the Earth. The football equivalent of a guy with a drinking problem waking up in a puddle of his own sick and having to decide whether or not he's going to turn his life around. What Jules Winfield called "a moment of clarity."

You have to feel for the guy somewhat. It's got to be humiliating to go from being hero to an entire region and one of the most ubiquitous product pitchmen in the culture to now unable to take away the job of a 7th round rookie on a team with playoff aspirations. Even more so, I feel for us. Because now we won't get to see that Hollywood drama play out for real. It would've been incredible.