Woof. Not because that beautiful bulldog is running around. But because Georgetown basketball, a storied program, a historical program, has hit its lowest points. Giving away tickets for free because no one wants to show up? That's as low as it gets. Hey, I get it . Anything to get people out to see your team. But, you're Georgetown! You shouldn't have to have free ticket giveaways for all of Washington DC.

It's not like things are going great this year. They are 4-5 with losses to Loyola Marymount and American. It's as low as low gets. People don't even care about Georgetown. Yes, they are better than Louisville and California this season as of now. But Georgetown has hit the lowest point. Louisville at least can blame hookers and every other sanction they've had. California can blame the fact no one cares about California. Georgetown has made one tournament since 2015 and that took a ridiculous run to win the Big East Tournament and get in.

Let's not forget this is a team led by Patrick Ewing. That's Georgetown's guy. That's their hero - him and Allen Iverson basically. Now you have people walking on eggshells when it comes to firing him. I don't know how you can keep Ewing around. The whole premise of the Georgetown way and following Big John Thompson has now been destroyed. You have to fire Ewing, rebuild the entire program and hire someone outside of the family. The bad thing? I don't know how many people take the Georgetown job right now. It *should* be a great job, but it's a complete rebuild.

Georgetown used to be cool as shit too. The jerseys. The bulldog. There always something awesome about the blue and grey. The kente jerseys in 94 are elite as elite gets. 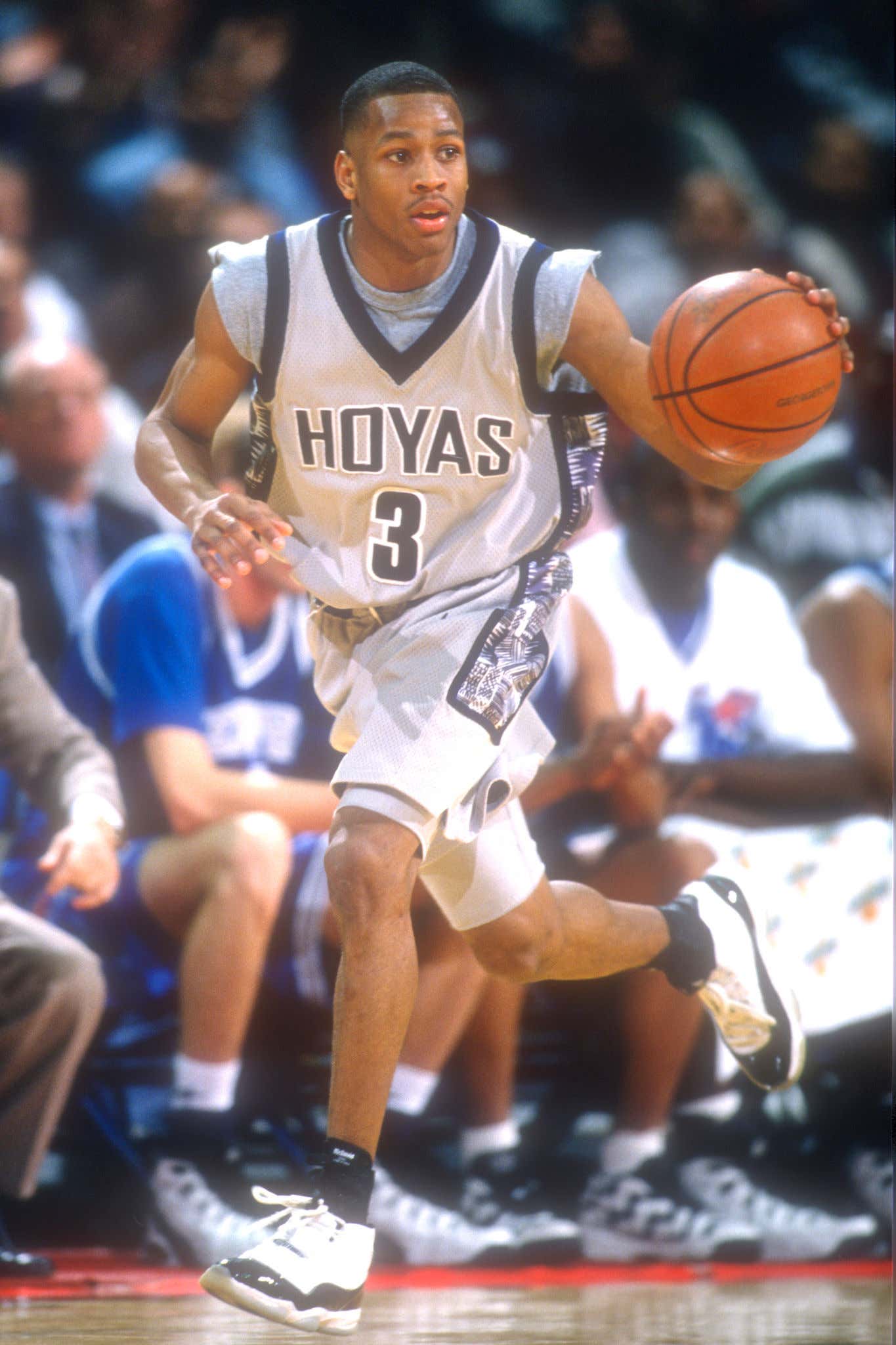 They rocked the XI Concords. Like I said, Georgetown was cool and they were dominant. You had Ewing, Iverson, Mourning, Mutombo all the way to the early-mid 2000s and Jeff Green, Porter, Monroe, Hibbert. The point being they were fucking good. Now they can barely stay competitive with mid-major teams.

That's what makes it the saddest story in sports. It's not a one-year thing. It's not a 'oh they'll be back,' It's the low point and desperate times.