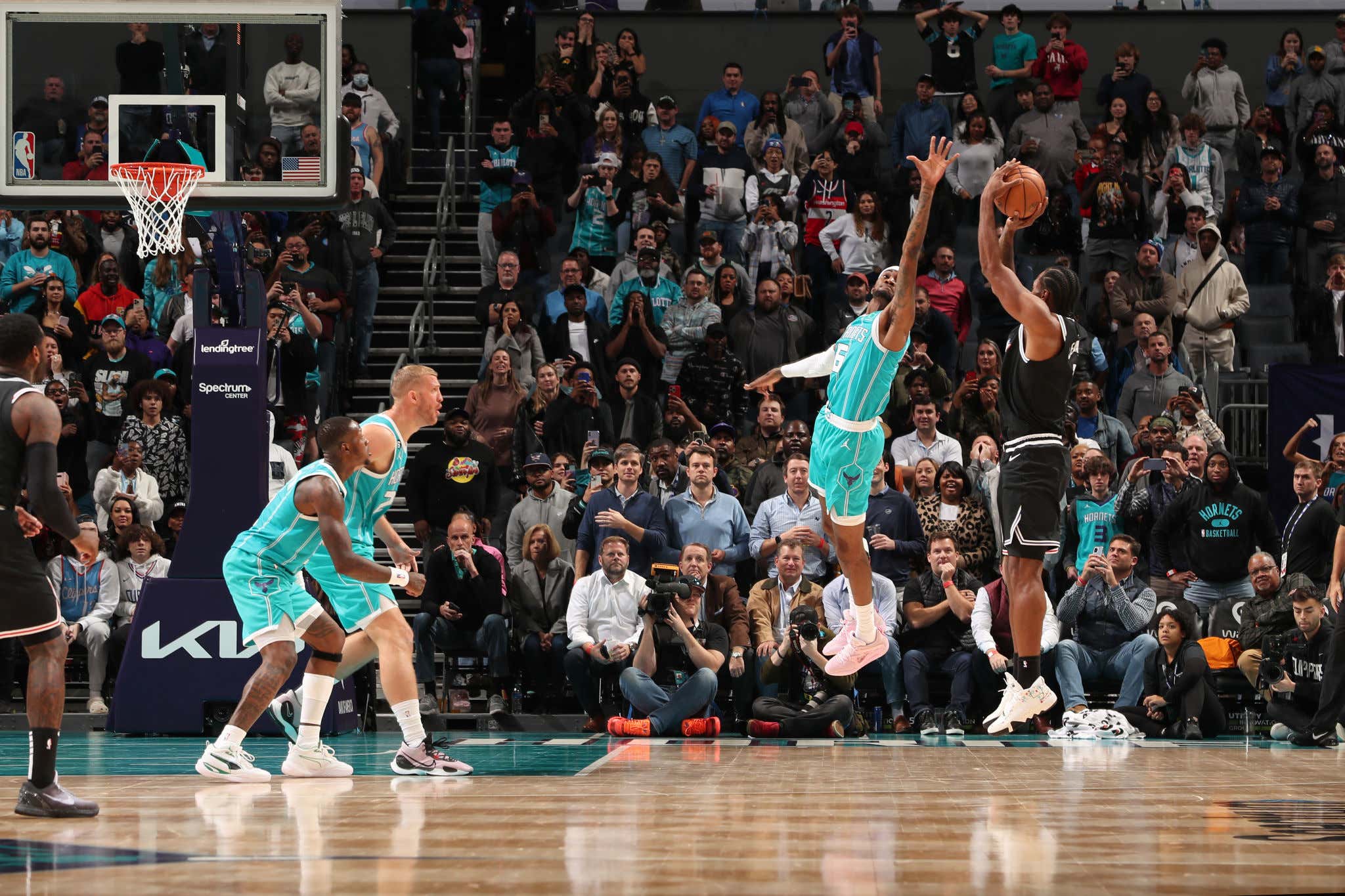 Remember Kawhi Leonard? Probably not, and frankly I can't blame you. At this point I often wonder if Kawhi was really just a figment of my imagination. I feel like I remember him winning titles with the Spurs and Raptors. The Kawhi I remember was one of the deadliest two way players in the entire NBA. But for the last 4 years, we've basically never seen him. He may as well not exist as far as the NBA is concerned which is crazy considering he's one of their best players.

The good news is you weren't making it up in your brain. Kawhi does actually exist and he finally made his return to the Clippers lineup tonight out in Charlotte. A nice little tune up game for him to get his legs under him and back into basketball shape. As it turned out, he looks like the same old Kawhi. So much to the point that he even hit the game winner from his patented midrange zone

If there's one thing I can say with certainty it's that if you allow Kawhi to get to his spot, he's still going to bury you. That jumper was pure muscle memory. Do you know how many times Kawhi has hit that shot in his life? A billion. I'm certain he didn't even notice the defender. He gives you one jab step, he immediately runs some sort of robot formula to analyze your momentum so he knows exactly what move to unleash, and then he executes it to perfection. That's as on brand a Kawhi game winner as you're ever going to see, and as someone who loves watching Kawhi Leonard play basketball this makes me very happy.

The truth is, we've been robbed of seeing what this whole Kawhi/Paul George experiment could really do. Year after year they've been getting crushed with injuries. Perhaps that's what happens when you invest in injury prone older players, but that doesn't make it suck any less. I want to see what this team does healthy. The West is relatively wide open at the moment so if you're telling me the Clippers get a healthy Kawhi and a healthy George (who also came back tonight, had 19/7) well that definitely changes the lanscape of the West.

The best part about Kawhi's game winner though? Of course it's his reaction. You would have no idea this man just iced the game

and that's what I love about Kawhi. He doesn't give a shit that he's legitimately one of the best basketball players on the planet. Shit, of all time really considering he's a Top 75 guy. Instead he just comes to work, dominates, then goes home. You have to respect it.