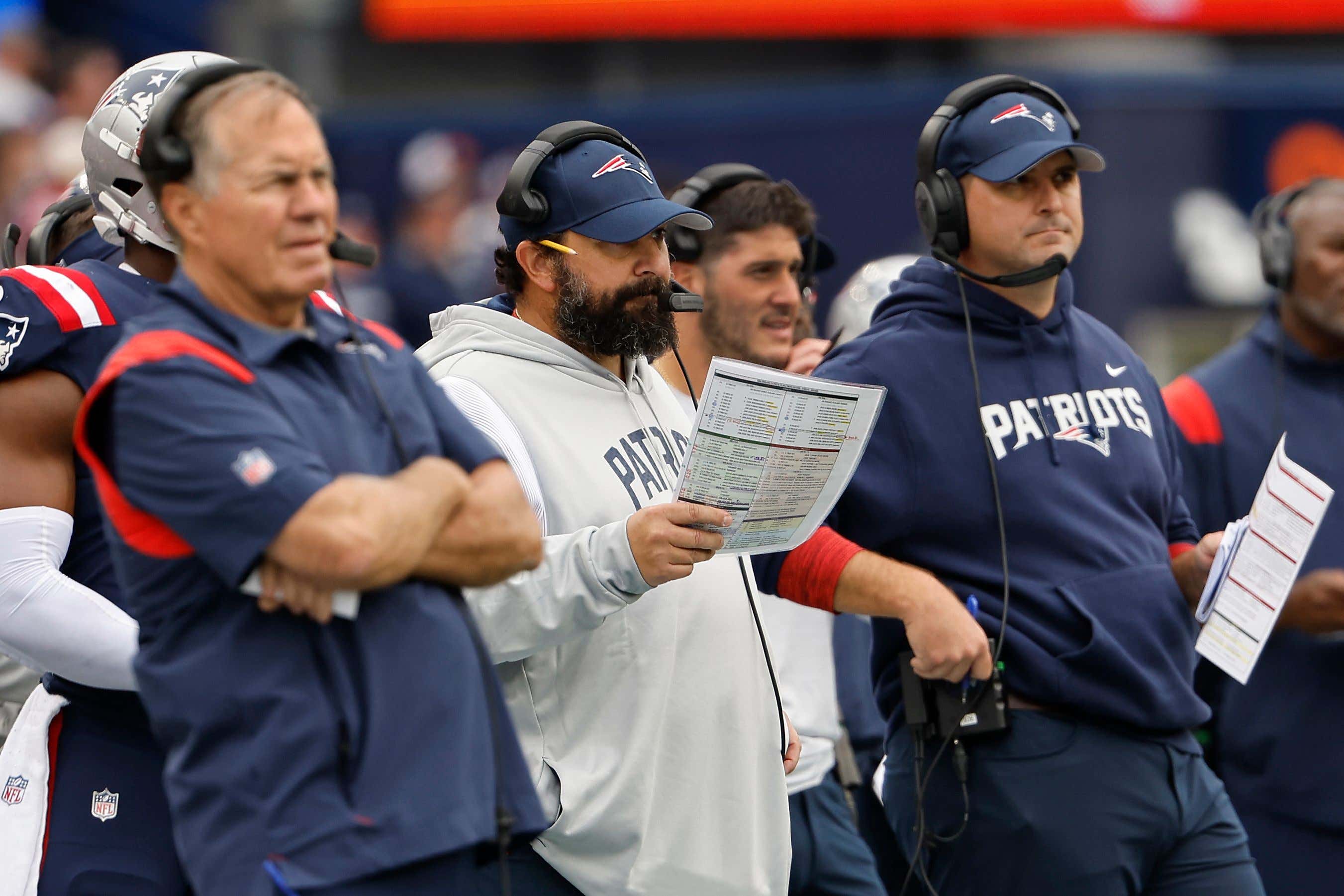 We're now four days removed from the viral moment that will live forever as the moment that defined the 2022 Patriots:

For his part, Mac Jones said all the Football Playerspeak things. How it's an emotional game and he let his frustrations get the better of him, blabbity blah. All of which is no doubt true. Just as long as he doesn't apologize for a word of it. Because he was not only deadballs accurate in his assessment, like I said immediately afterwards, he was speaking for all of us. He certainly was speaking for his team:

Source - One player called their attack "timid" and acknowledged that it felt as though the driving force behind some of the play-calling was to avoid turnovers. When another player mentioned that the team was still searching for an identity offensively, he was reminded that the calendar had recently flipped to December and that there are only five games remaining in the season. "Exactly," he said.

DeVante Parker, who caught four passes for 80 yards on Thanksgiving against the Vikings, said that the idea coming into the Bills game was to attack with a quick-hitting passing game.

"When we came into this game, that's what our game plan was right at the start," Parker said. "Throw short, quick tosses. Get it out there … Get the ball out quicker."

Was it frustrating not to push the ball deeper, particularly when a high-powered offense was stationed on the opposing sideline?

"Yeah," Parker said. "It is because throwing deep sparks our offense, whoever's making a play. Once we hit deep passes, our whole offense comes alive. That's a big part of our offense."

“Um, yeah, man, we need to scheme up better,” Bourne said, via the Boston Herald. “We need to know what they’re doing. We need to know what they wanna do on third down, you know what I mean? It’s kind of sporadic. They call this, and we call that, and it falls right into what they want. You know what I mean? We need to have it where they’re falling into what we want, things like that. So that’s not my job, my job is to just run the call, but as we all can see, they had what — 30 first downs and we had eight? So something they were doing against us is working and something we’re doing against them wasn’t working, so it’s just about figuring it out each week. We’ve still got life, but we need to hurry and pick it up.”

And while all that must have made for an awkward weekend in Foxboro, that awkwardness had to happen. Like a dysfunctional family holiday where someone finally speaks up about mom's wine consumption or how junior's Satan worship or whatever.

There's no need to take a deep dive into how bad the offense has been. But just to bullet point how the Matt Patricia experiment has failed on a grand scale, the Patriots are:

And this is with a Pro Bowl quarterback, some of the most expensive depth charts in the league at tight end and receiver, a trade for Parker, the fastest receiver in this year's draft class, and an offensive line that was expected to be the strength of the team.

I included that last datum because the 1st is presumably where you're operating not just off the coordinators general game plan, but the specific plays he spent the week drawing up. So that's him at his best. The stuff he thought would work best. And it's been an abysmal failure. The equivalent of a comic bombing for the first 25% of his Netflix special and then hoping to win the crowd back with his B-material. But regardless of the time of the game, it hasn't worked. At least not for any sustained period of time. There have been flashes, but every offense flashes. Patricia was supposed to have his hash settled before the season began. By the end of the first month would've been acceptable. Like that anonymous player said "Exactly" to, you don't discover yourself with five games to go. And I for one would rather have that creepy FTX guy putting those five game plans together than the architect of that natural disaster against Buffalo.

One small saving grace we got today was Belichick and Troy Brown each getting asked about their players' anger over the state of things:

Still, Belichick suggested Monday that any changes to his offensive coaching structure – namely, replacing Patricia with another play-caller – was probably out of the question.

“I think we need to do what we’re doing better,” he said. “I don’t think at this point making a lot of dramatic changes is – it’s too hard to do that. If we can just do consistently what we were doing, we’ll be alright. We just haven’t been able to have enough consistency. It’s not one thing. One time, it’s one thing. Next time, it’s something else. We just have to play and coach more consistently."

Source - If anyone understands where Bourne is coming from, it’s his position coach and former Patriots receiver Troy Brown. On Monday, Brown said he understood Bourne’s frustration and agreed with him.

And so my hopes that Belichick would bare his soul about his inner turmoil, the angst of watching the man he trusted crash his beloved football team into the turf, and the sorrow of realizing his grand plan has failed so utterly. While encouraging his staff members to so out and speak from their hearts as well. Instead, they're handling it as they always have. By "We've got to do it better"ing us to death. Which, while frustrating to us at times, has the benefit of having worked for 23 years.

The thing that really gets me, is that I believed Patricia would get off to a slow start, but then figure it out. I truly did. While virtually everyone else in sports media was going on about how this would result in a disaster like they were Ian Malcolm warning about Jurassic Park.

Maybe Belichick and Brown's well coordinated talking points are correct, and everyone will suddenly start executing Patricia's brilliant offensive concepts that they've been struggling with since the spring to perfection. Against all odds, logic, and the laws of physics. And I'll take it.

But at this point, I'd rather see this frustration by the players boil over to the point something has to be done. Because we can't ever go through this again. We could really use something akin to a Crimson Tide-level mutiny. With someone like Bourne standing in as the Denzel and Patricia as the Gene Hackman, getting up in each other's faces and shouting rules and regulations at each other until changes are made. Whether that's bringing Bill O'Brien back in or promoting tight ends coach Nick Caley. Something that isn't this. Because the most damning thing you could possibly say about OC Matt Patricia has been said. And it is spot-on: