You know it's official when Passan tweets it. But I gotta give it up to 90s Mets legend Carlos Baerga for somehow having it first last night on the gram! 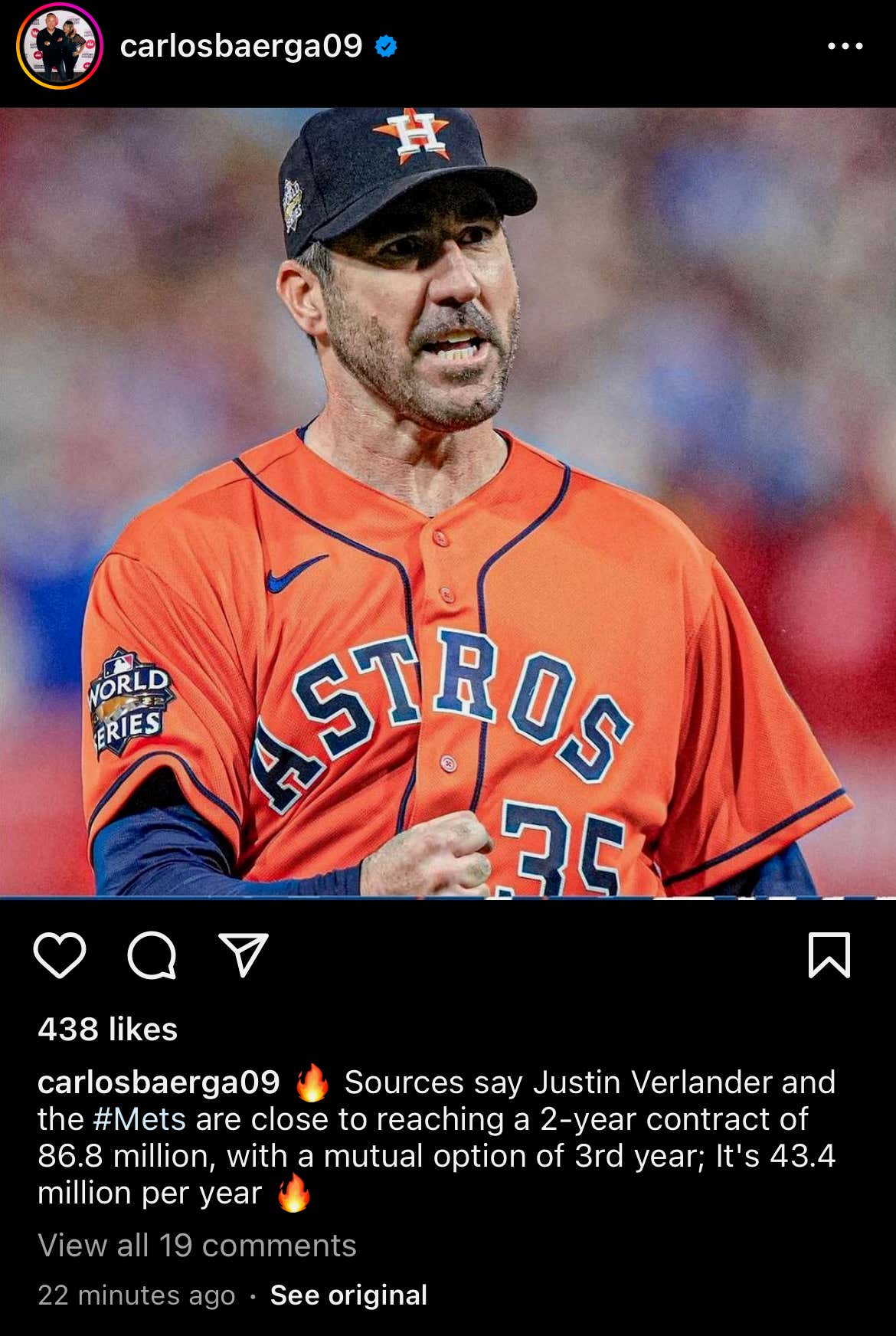 Well I guess signing the best pitcher in the American League is one way to replace the best pitcher in the universe (WHEN HEALTHY). Actually that's underselling Justin Verlander a bit considering he won the Cy Young twice and came in second once in his last three full seasons, including a 1.75 ERA on his way to winning a World Series last year where he did this.

As the days go by, it becomes clearer that Jacob deGrom didn't want to be back in New York, which is fine. It hurt like a motherfucker, but it is what it is. So Uncle Stevie took Jake's reported offer from his couch cushions and gave it Justin Verlander, who gladly accepted and wants to be here.

Now the Mets have two big dogs at the top of the rotation. Two big dogs that are up there in dog years, human years, and pretty much any measure of times the Earth has orbited the sun in one's life. But those motherfuckers can throw the heat, just like Mrs. Verlander, who has been throwing 101 on the black for years now.

Oh yeah and she does this too.

Trust me this isn't the end of Stevie's spending spree. But for now, we have an emergency We Gotta Believe breaking down the Verlander signing after getting our hearts/dicks ripped out on Friday night.