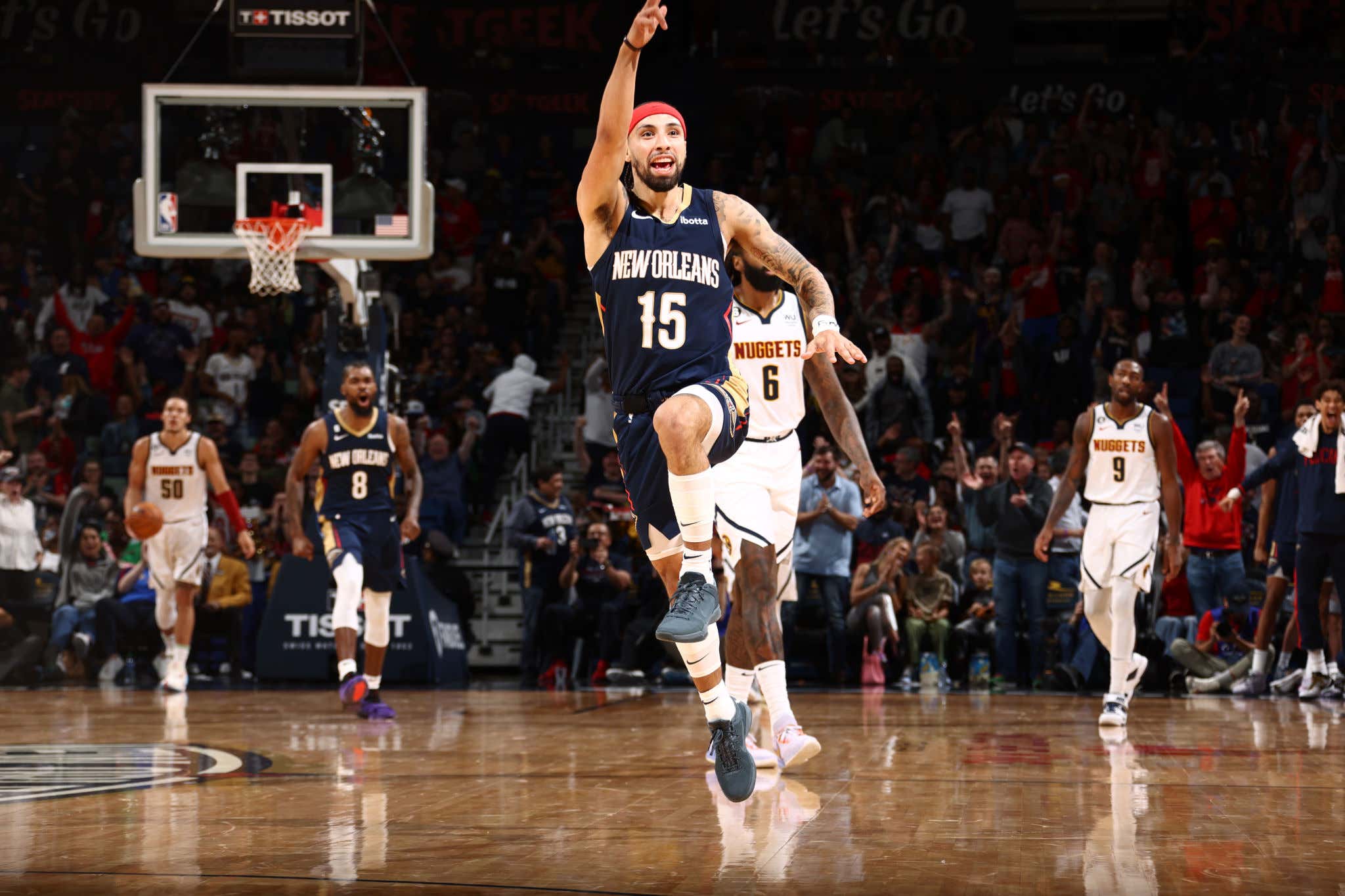 As I've said a million times before, I am a sucker for watching someone make NBA history. It doesn't really matter to me who does it or what the NBA history is. Show me something I've never seen before and I'm happy.

Well that's exactly what went down yesterday in the Big Easy.

It wasn't Zion. It wasn't Brandon Ingram or CJ McCollum. No no, the history came via one of the more exciting players in the league, Jose Alvarado

I don't care who it is, if you go out and drop 38 points in only 26 minutes while going 8-11 from deep to the point you're making NBA history, that's impressive as shit. For it to be an undersized undrafted point guard? Even better.

Jose Alvarado is the very definition of electric. I love watching this dude play and highly recommend you tune into the next Pelicans game if you aren't familiar with him. He plays hard as shit, has endless energy, and he's also pretty fucking good. For my money the best part of his night wasn't the production, it came at the end of the game

I mean come on! That chant/moment is incredible. Not only does the "ole" chant play because the World Cup is going on, but obviously it fits Jose's name perfectly. I have a feeling this is going to catch on and I'm all for it. Whenever Alvarado does some cool shit in that building, I say unleash the chant. It's too perfect.

The best part is a moment like this couldn't happen to a better person. Just listen to how everyone talks about Alvarado

and his connection to the city/fans

It's impossible to not root for the guy. He's someone who truly appreciates his opportunity and those are the guys you always want to see succeed.

Meanwhile, the Pelicans are doing a great job of backing up all the offseason hype they had entering the year. Now 15-8 (won 4 in a row) they sit in the 2 spot out West and trail the Suns by only 1 game for the top spot. They won this game last night without Brandon Ingram and with CJ only going 3-11, which just goes to show you how much talent is on this team. They are finally starting to figure their shit out defensively and look at what a difference its made. Zion is healthy and on the floor and looks just as dominant as ever. They have assets and ways to improve their roster at the deadline (like adding Myles Turner) if they choose. There's a ton of reasons why you should be high on the Pelicans right now and frankly they're only going to get better. Given their run to end last season, I don't think what we're seeing is a fluke.

So shoutout Jose Alvarado, shoutout Pelicans fans, and most importantly shoutout David Griffin for what he's building. Remember, they also own the Lakers 1st round pick, so there's a chance they can add Victor Wembanyama to the mix as well this summer. Imagine that shit.